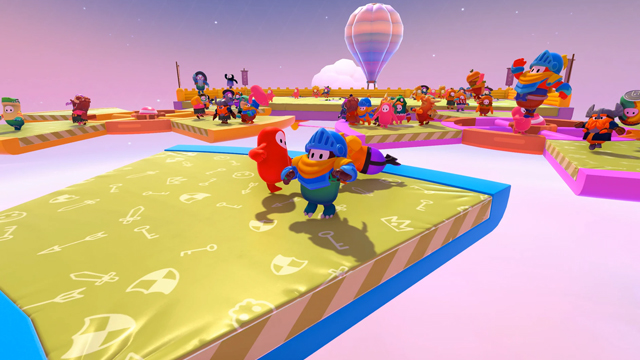 Chaotic multiplayer gameshow Fall Guys: Ultimate Knockout has released its mid-season update for Season Two of the game's weird and wonderful schedule, which includes a new gametype, remixes of the old ones and more.

The big new addition is Big Fans — a round similar in concept to See Saw, only the beans are traversing perilous fan-shaped platforms that are constantly moving while trying to avoid plunging into the abyss below.

Remixes are back, after having being introduced during last season's mid-season update and sees many familar courses getting tweaks and unexpected surprises with added obstacles including more spikey rollers and swinging scythes to keep you on your toes.

The new update also fixes a bunch of long standing issues such as ones on Hex-A-Gone and Fall Mountain, and a new naming system for the PC version; there's a full list of patch notes right over here. The mid-season update for Season Two of Fall Guys: Ultimate Knockout is available now in the game on PlayStation 4 and PC.