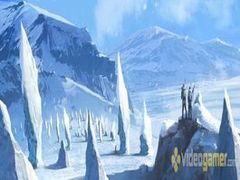 Exclusive: Hoth is in Star Wars: The Old Republic

Star Wars: The Old Republic, due out exclusively for the PC in spring 2011, is an MMORPG set over 3000 years before the events of the films and 300 years after developer BioWare’s Knights of the Old Republic series.

Here we’ve got the first details on Hoth, one of the most remote and lifeless planets in the Star Wars galaxy.

Hoth, as keen Star Wars fans will know, was the setting of that cool bit in The Empire Strikes back when Luke Skywalker’s squadron of Snow Speeders ran rings around Imperial AT-ATs.

In The Old Republic, Hoth has no allegiance, no government, is contested by players from both factions, has frozen desolate wasteland terrain and is littered with wreckage from a major battle of what’s called the Great War.

According to Star Wars lore, Hoth was of no real interest to the Republic until it became the site of a devastating military defeat. At the height of the Great War, Republic and Imperial fleets clashed in the Hoth system in a decisive battle which saw the destruction of some of the most advanced and powerful starships in the galaxy.

In the aftermath of the battle, Hoth became a massive starship graveyard, littered with the wreckage of hundreds of warships from both sides, including several prototype ships the Republic had deployed in the hope of turning the tide of the war. As the war raged on, though, neither the Republic nor the Empire had the time and resources to mount a recovery operation.

Upon learning of the wealth of technology abandoned on Hoth, an ambitious pirate confederation started their own salvage operation. They brought an army of droids and mercenaries and began looting all useful remnants from the wreckage in an effort to piece together their own battle cruisers and create a pirate armada.

In the wake of the Treaty of Coruscant, however, both the Republic and Empire have returned to reclaim what’s left of their war machines, and Hoth has become a point of considerable contention. Despite the peace and the planet’s remote location, skirmishes have broken out, and now both superpowers have become entrenched – committed to fighting for Hoth until the cold, bitter end.

So there you have it. Hoth is in Star Wars: The Old Republic and you’ll be able to go there. Now that you’ve read our words, check out the four exclusive screens and four exclusive pieces of artwork of the famous ice planet. Then, when you’re done with that Star Wars loveliness, head over to our hot off the press hands-on preview from EA’s spring showcase event.