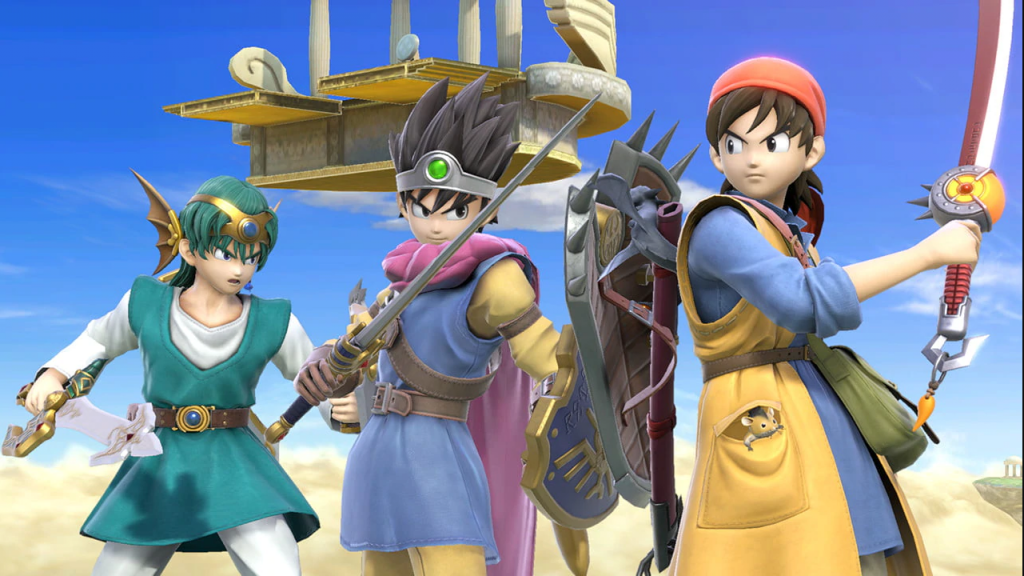 Joining Super Smash Bros. Ultimate’s previous addition, Joker, is Dragon Quest’s Hero who comes to the game as part of the 4.0.0 patch today. Just pretend you didn’t see those tweets that were hastily deleted, and act like you’re still surprised. Masahiro Sakurai works so hard on this game.

Together with the Dragon Quest content comes a time limit to fighters’ final smash meters, encouraging players to seize the chance to use it and therefore instigate high intensity battles. The Adventure Mode now has a Very Easy difficulty to allow players to coast through, should they wish to do so. An Online Tournament mode has been added to competitive play, with varying rule sets to spice it up. Players will also be able to partake in Spectate Mode, watching other people play and betting tokens on who they think will be victorious.

The next DLC character will of course be Banjo and Kazooie, as announced at E3 this year, but no firm date on when they join the roster just yet.