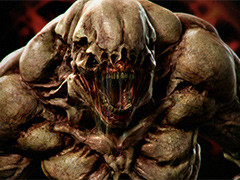 Doom set for a public reveal next year

Attendees of QuakeCon may have gotten the chance to see a sneak peek of the upcoming Doom reboot, but it looks like the rest of us will have to wait until next year for a full reveal.

“I try really, really hard for this to be a dev first, dev-lead thing,” Bethesda marketing boss said in an interview with PC Gamer, “We’re working with [id Software] to say, ‘How does this work? What do we want to show?’ And they’re like, ‘Look, we don’t want a stream to go up for a game that isn’t at the point where we would formally show it to the world, and now that thing is getting picked apart, and digested, and gone through frame-by-frame and getting nitpicked to death, when normally we wouldn’t be showing this to anybody at all.'”

Instead, Hines points to 2015 for a full reveal.

“Next year is normally when I think we would’ve started,” he adds, before noting that plans could change. With regards to the QuakeCon stream being posted, though, Hines doesn’t “think there’s any way that happens”.

Fans who pre-ordered and purchased Wolfenstein: the New Order will have access to the Doom Beta upon its launch, though there is no specific date for this as of yet.