DmC top in Japan, but sales under half what Devil May Cry 4 managed 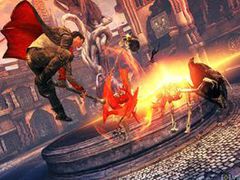 DmC Devil May Cry has shot to the top of the Japanese video game chart, but as with the UK chart its position doesn’t tell the whole story.

However, sales of Devil May Cry 4, released in Japan on January 31, 2008 reached a combined 245,000 copies in its first week – that’s more than double the total managed by Ninja Theory’s effort.

With DmC’s Japanese sales under half that of Devil May Cry 4 and the UK launch total coming in at just over a third of DMC4’s, a lot rests on the game’s success in the US.