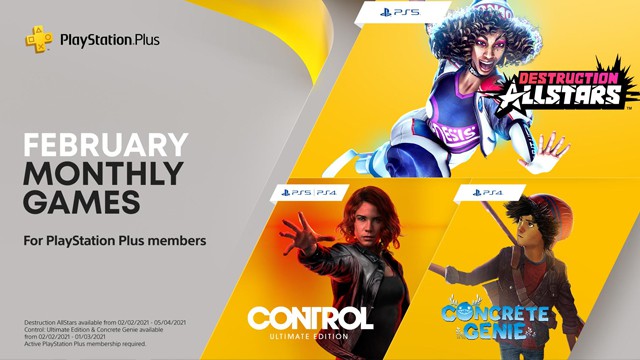 PlayStation has announced the games it'll be giving away for no extra cost to PlayStation Plus subscribers for the month of February, and it's a trio of corkers.

First up is the previously announced Destruction AllStars, with the vehicular combat game launching right onto the service for PlayStation 5 owners. Joining it is Control: Ultimate Edition, the most complete version of Remedy's supernatural shooter which includes all the DLC and 4K upgrades for those playing on PlayStation 5 (though the game will also be available on the PS4 too).

Finally, Concrete Genie rounds things off for PlayStation 4, the action adventure that sees hero Ash find himself with the power to create living genies from his artwork in order to fend off bullies. The game also has a couple of bonus VR modes for those lucky enough to be playing on PSVR.