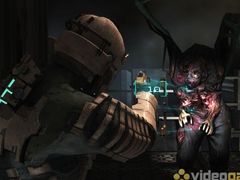 At a presentation to industry analysts yesterday EA revealed that the EA Redwood Shores developed Dead Space is being built on the same engine that powered The Godfather games – albeit a highly modified version that includes all the next-gen features we’ve come to expect.

This isn’t surprising, given that EA Redwood is the studio responsible for The Godfather, but the two games aren’t exactly comparable. While The Godfather was a completely free-roaming city-based action game, Dead Space is set onboard a space ship and predominantly features corridors and enclosed spaces.

Anyone worried about how the game will look needn’t worry though. We came away pretty impressed when we played the game a few weeks back.