“Cyberpunk: Edgerunners” Season 2 – Will it happen?

“Cyberpunk: Edgerunners” debuted on Netflix on September 13th 2022 and was an almost instant hit with anime fans and cyberpunk fans due to the show’s story, fidelity to the world established in the main “Cyberpunk” videogame, and the show’s pulse pounding and frenetic action that has become the hallmark of renowned Japanese animation studio, Studio Trigger.

Following lead character, David Martinez, who, after losing everything he held dear, becomes an Edgerunner/Cyberpunk as he finds a new family and purpose among a rag tag group of cyber mercenaries, learning from each of them, and helping them to carry out jobs across the technological metropolis of Night City.

Has Season 2 of “Cyberpunk: Edgerunners” been announced?

At the time of writing this article, nothing has been announced yet by any of the main companies involved with the first season of “Edgerunners”. As neither “Cyberpunk” franchise creator, CD Projekt Red, animation studio, Studio Trigger, or Netflix, have given any indication that they will be announcing a second season of the show anytime soon.

Will there be a 2nd Season of “Cyberpunk: Edgerunners”?

Truthfully, at the time of writing this article, it doesn’t appear to be very likely, for a variety of reasons.

The first is that, despite strong critical and audience responses to the first season, the show has struggled globally to hit the total viewership figures that Netflix normally look for when greenlighting/renewing a TV show or movie for a sequel (sadly, this same problem is also holding up Season 2 of “The Sandman”).

The second problem is that Netflix appear to only be the distributing company for the series and as such wouldn’t have any creative or commercial influence over production of a second season. Because, at best, all they could do is present their viewership figures (if they chose to) for the show to CD Projekt Red and Studio Trigger and then based on these, make a case for second season to be put into production.

However, and this is also the third problem facing a possible 2nd season. As anime fans are already well aware, Studio Trigger are notoriously resistant to ever making more than one season of any anime series they’re involved in. As they prefer to tell a complete story with a beginning, middle, and end within the space of one season, rather than stretch it across multiple seasons and thus years of both production and viewing.

Which, brings us to the fourth and final problem facing the chances of a second season for “Edgerunners”, end of Season 1’s story…

Now, I won’t spoil it here for anyone yet to watch the series, or yet to finish it, other than to say that this particular story has been written in such a way that it is an ending for David and the other characters. It’s made clear that CD Projekt Red, and most likely Studio Trigger, in particular, did not wish to string viewers along with a false ending or an ambiguous ending. Instead, choosing to ensure that viewers received a true ending to the first season and the story it told.

Of course, it’s entirely possible that a 2nd season could focus on a brand new story with a new cast of characters. As Night City is vast enough to hide thousands of stories below, and indeed, above its neon soaked skies.

But, unfortunately, whether or not we’ll get to see those stories is entirely up to CD Projekt Red and Studio Trigger. As only they can give us a definitive answer. 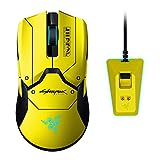 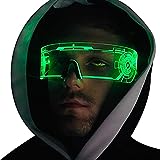 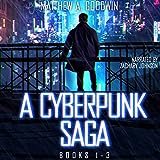