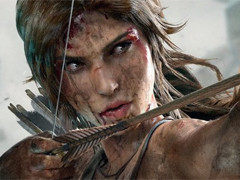 Crystal Dynamics will announce a new game at E3, Game Trailers has revealed – but don’t go getting your hopes up for Tomb Raider 2.

The wording of Game Trailers’ report specifically states that the developer will “make a new game announcement”, suggesting it won’t be the PS4/Xbox One Tomb Raider sequel announced last year.

Besides Tomb Raider, Crystal Dynamics has previously worked on Gex, Pandemonium and Lara Croft and the Guardian of Light. Could it be a sequel to one of those, or could we finally see the new IP Crystal’s been cooking up for some time?

All will be revealed next week.