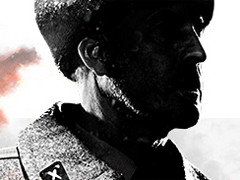 UPDATE: SEGA has told VideoGamer.com that it is taking complaints over Company of Heroes 2’s historical context “very seriously” and “investigating these concerns” with its partners.

“SEGA and Relic are aware of the press stories circulating concerning Company of Heroes 2 and the historical context of the game from a Russian perspective,” the publisher told VideoGamer.com in a statement this afternoon.

“At this time we cannot offer any further comment, however we are taking this issue very seriously and are investigating these concerns thoroughly with all relevant partners.”

“In connection with appeals of people who consider unacceptable number of episodes of the game, the company ‘1C-SoftKlab’ chose 26 July 2013 to stop selling PC game Company of Heroes 2(developer – Relic Entertainment, publisher – SEGA) in the territory of the Russian Federation and CIS,” reads a statement published on the company’s website (translated via Google).

“At the moment we are analysing the situation and inform the developer and publisher of Company of Heroes 2 .”

1C-SoftKlab describes itself as “the largest publishing and distribution company, [and] a key player in the industry of computer and video games in Russia, the CIS and Eastern Europe.”

The video accuses Relic’s portrayal of the Soviet military as being inaccurate, and calls the team “shameless scumbags”.

At the time of writing, almost 17,000 people had signed a petition asking Valve to pull the game from Steam in CIS territories in order to “protect the young people from [Company of Heroes 2’s] propaganda”.

“Your game dishonours memory of my ancestors. And the memory of Millions of soldiers and officers of the Red Army, whom liberated the world from the Nazi plague,” wrote one user.

“I’ve never saw a game about the Great Patriotic War that has such big amount of lie and twisting of the historical facts. Your game is more like a product of the German propaganda of 1939-1945, and it’s not the game which people play in free world in the 21st century.”

A sequel to the popular WWII RTS, with players fighting along the…

A sequel to the popular WWII RTS, with players fighting along the…