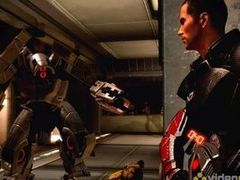 BioWare co-founder and CEO Dr. Ray Muzyka told VideoGamer.com in a wide-ranging interview that such features “could make a great gameplay experience”.

He said: “Sure, we would consider it. We haven’t announced anything on that front yet, but those are interesting ideas. They could make a great gameplay experience. Whether we’ll do them or not remains to be decided.”

But before you get your role-playing knickers in a twist, Muzyka revealed that implementing co-op would not be as simple as inserting the feature into the single-player driven gameplay Dragon Age and Mass Effect are known for.

“It could [detract from the experience],” Muzyka said. “It might depend on how you do it.

“It’s hard to weave a great single-player storyline into a multiplayer experience. It’s not impossible. We’ve done it, and we’re doing it again now in Star Wars: The Old Republic. But it is challenging.”

Would you like to see co-op multiplayer features in BioWare’s role-playing games? Let us know in the comments section below.