Clint Hocking has returned to Ubisoft 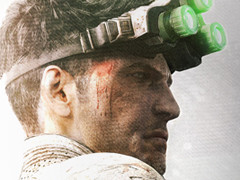 Clint Hocking, the designer of Splinter Cell: Chaos Theory and Far Cry 2, has returned to Ubisoft’s Toronto studio, the company has confirmed.

On the Ubi blog, Hocking answered a few questions about his return, starting with why he decided to come back.

“Coming here and talking to the people who work here and seeing how familiar everything is, I mean, seeing familiar faces is one thing, but having familiar conversations, encountering familiar thinking, it got me excited about what we could achieve. And being interviewed by other designers and being asked about how I work as a designer… it made me realize how much my time here shaped my thinking and my design sensibilities, and maybe a little bit how the contributions I had made years ago shaped some small part of the culture here.” he said.

When asked if he was working on the next Splinter Cell, Hocking said no, stating that after Chaos Theory, he didn’t think he could make a “better one”. He did have this to say about his current project:

“I can’t say specifically what I’m working on yet, but I’m working with a great team on some things that I think are interesting, challenging and innovative. They are going in the direction that I think games need to go in, for both players and for Ubisoft in the future. It’s great that Ubisoft is so forward-looking and so interested in developing the medium and the industry and the community of players. Ubisoft is also working on building a community of game development responsibly here in Toronto. These are all things I’ve always been interested in, and so those are the things I’m focused on.”