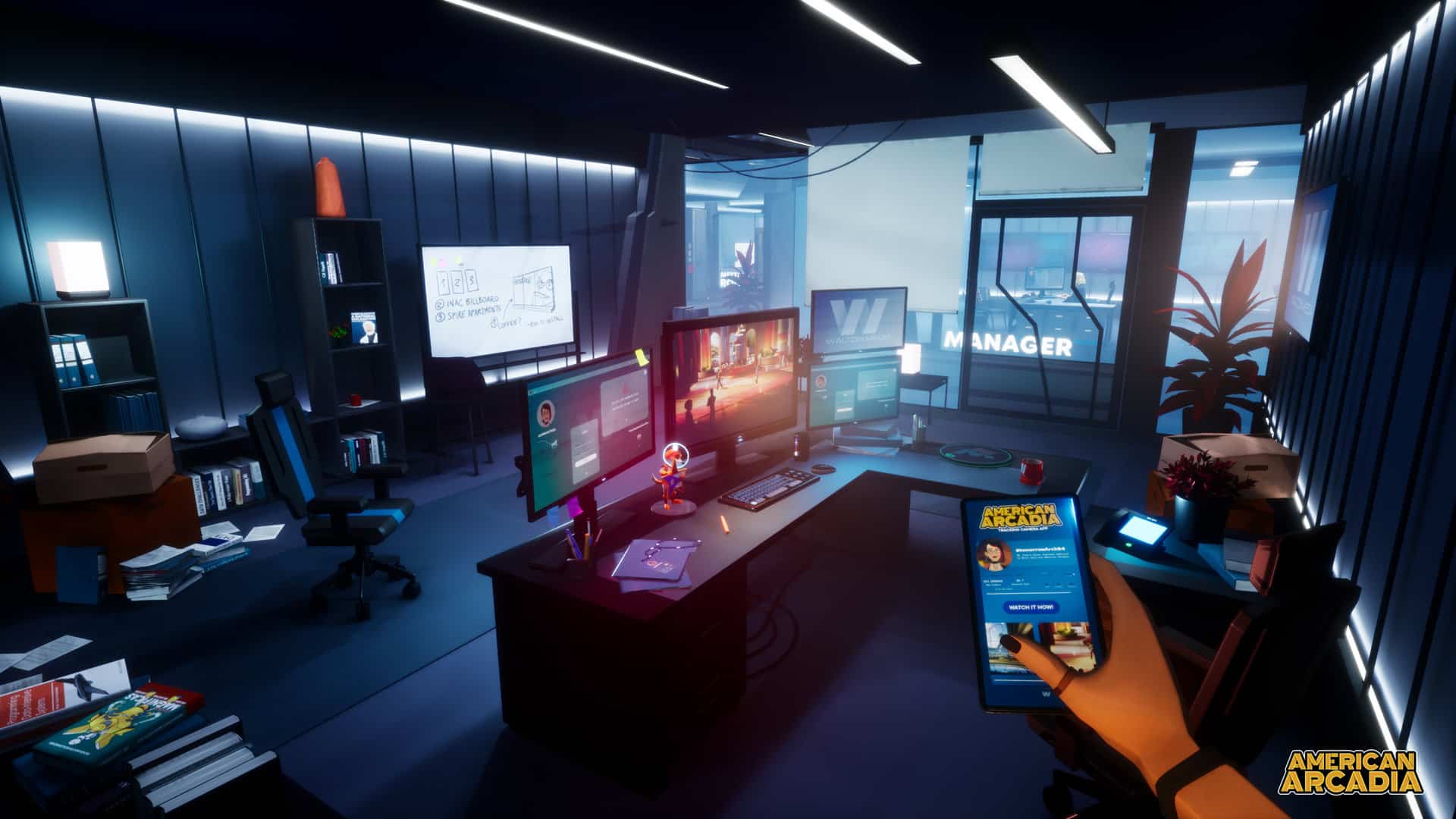 Out of the Blue Games has announced their next project following 2020 adventure Call of the Sea, entitled American Arcadia.

The studio describes the game as a puzzle platformer with a 70’s style retro-futuristic setting. It’ll tell the story of two protagonists, Trevor Hills and Angela Solano. The former, Trevor, is a seemingly average man who lives in a perfect metropolis known as Arcadia. However, all is not as it seems, as he’s actually unknowingly living on a huge TV set on a reality show for which Angela is a stage technician until she decides to help Trevor escape.

As you probably gathered, the game takes heavy inspiration from The Truman Show, Logan’s Run and The Prisoner. However, a big twist is that each character’s sections will play like two almost entirely separate games. Both characters will also have their own stories, which presumably will also intersect along the way.

It’s pretty early days for the game just yet, with no release date ETA & currently only a PC release confirmed. However, the game’s also been selected for inclusion in the Tribeca 2022 Festival Games Program, alongside games like A Plague Tale: Requiem and Cuphead: The Delicious Last Course.

A full reveal for American Arcadia has been promised during the Summer Game Fest in a special showcase on June 10. In the meantime, you can check out the teaser trailer below.