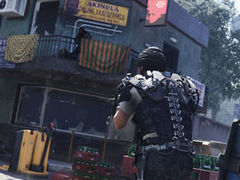 FIFA 15 remains favourite to claim the Christmas No.1 video game, despite reduced odds for Call of Duty: Advanced Warfare, William Hill has revealed.

The price of Call of Duty: Advanced Warfare has been reduced from 3/1 to 5/2, but has some way to go to catch FIFA 15 which stands at the 4/5 favourite.

“There will be a huge rush for COD but it looks as though FIFA will be able to hold it at bay in the race to be the top dog this Christmas,” said William Hill spokesman Joe Crilly.

16/1 Lara Croft and the Temple of Osiris