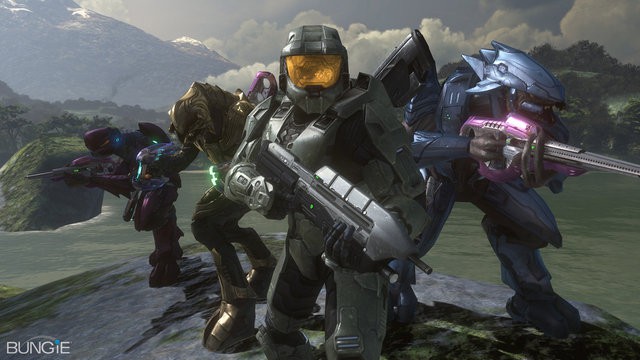 It's the end of an era, as Bungie has announced that they'll be finally switching off their own Halo website next month, taking the archive of pre-2012 Halo to Halo Reach screenshots, stats and custom gametypes with it.

The news was spotted by PC Gamer in the studio's regular This Week at Bungie post, where community manager Dylan Gafner wrote: "On February 9, the halo.bungie.net website will be taken offline permanently. Everyone is welcome to save their stats and files, however they can, if they'd like to save anything. Please keep in mind that our News articles, Forums, and Groups were imported into the current version of Bungie.net back in 2013."

The site hasn't been updated in nine years, so thankfully nothing new should be effected by the switching off, and of course 343 Industries has been the studio in charge of the Halo franchise in 2012 with Bungie's last Halo title being 2010's Halo Reach. However, if you've got old screenshots and files on there you'd like to nab for nostalgia purposes, you've got just over two weeks to save and download them before the switch is flicked.

The news follows not long after 343 Industries announced last month that it would be shutting off the game services for the Xbox 360 versions of the Halo games in December 2021, meaning all online Halo content is now a part of the Halo: The Master Chief Collection. Stats, screenshots and files within those games (or indeed by the sounds, any made after 343 Industries took over in 2012) are not effected by the move.

The next Halo game is, of course, Halo Infinite from 343 Industries which is currently gunning for a Fall 2021 release on Xbox consoles and PC, while Bungie are busy working on bringing cross-play to Destiny 2: Beyond Light.