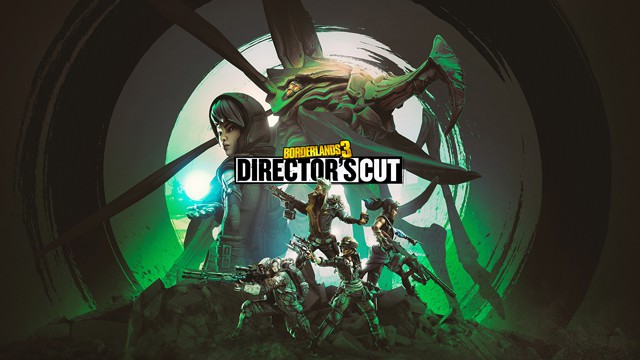 Gearbox has lifted the lid on the Directors Cut DLC pack for Borderlands 3 as well as giving the looter shooter's latest add-on a release date of March 18.

The Directors Cut is the second half of Season Pass 2 that launched in November with the Designer's Cut DLC. New for this pack is Hermovorous the Invincible, a huge Varkid raid boss set to be a tough challenge for those willing to stump up the 500 Eridium needed to open the door she lurks behind. Take her down, and you'll be able to get some of the best loot in the game.

There'll also be some new story missions in the DLC, as Ava starts a podcast she wants you and your fellow Vault Hunters to help her with as you go once more back to the Borderlands 1 & 2 setting of Pandora to investigate a series of paranormal happenings. In keeping with the pack's name, the Director's Cut also promises a bunch of behind the scenes and making of content, including concept art, storyboards and more.

The final two additions in the pack are new Multiverse Disciples of the Vault cosmetic packs, which give your Vault Hunters new looks based on if they'd made alternative choices at key story points in the game, and the new Vault Cards system; three new challenge based progression tracks that, once completed, award you new gear that's scaled to your level. Picking one tasks you with a host of daily and weekly challenges to complete from a pool of about 100. Two more Vault Cards are also scheduled to launch by the end of 2021.

You can check out a video roundup of what to expect from the Director's Cut DLC for Borderlands 3 when it launches on March 18 for the game on Xbox Series X|S, Xbox One, PlayStation 5, PlayStation 4 and PC and will be available either on its own or as part of Season Pass 2. In case you missed the news earlier, episodic adventure Tales from the Borderlands will also be returning to digital storefronts next week.