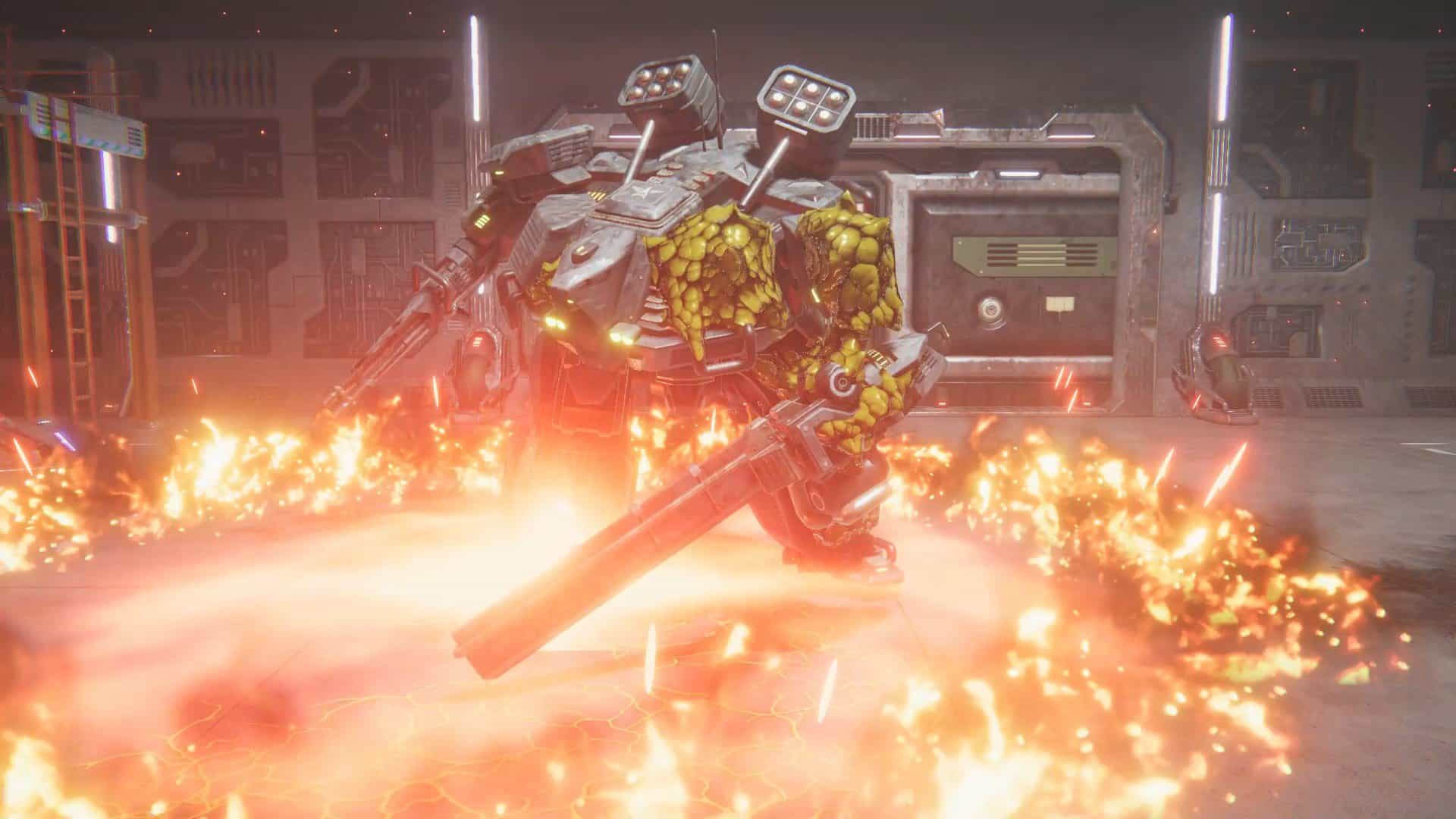 The game takes place on the alien planet of Medusa-42. The planet’s peace is shattered after an invasion by a brutal alien race known as the Raknos. Teen James Hawkins stumbles upon his father’s military battle mech prototype, and must use it and its AI named Blackwind to fight the Raknos threat and find his father.

There’s a mix of both explosive shooting and hack and slash action to enjoy thanks to your Battle Frame. You’ll use a range of weapons including energy blades, blasters, missiles, mines and grenades to name a few. Expect a whole horde of enemies to blast, including bipeds, spiders, swarms and other forms – each with their own deadly attacks. You’ll also get to pull off devastating ‘termination finishers’ that do a heap-ton of damage.

When you’re not busy fighting, you’ll also be solving environmental puzzles and leaping around obstacles. Your Battle Frame can also be upgraded, with three skill trees featuring dozens of upgrades and abilities to unlock. You’ll also be able to play the game in local co-op. In this mode, one of you controls the main Battle Frame while the other controls a smaller Drone.

You can check out a trailer for the game for yourself down below. Blackwind arrives on January 20 for Xbox Series X|S, Xbox One, PlayStation 5, PlayStation 4, Nintendo Switch and PC.

Psychological horror Infliction coming to PS4, Xbox One, and Switch