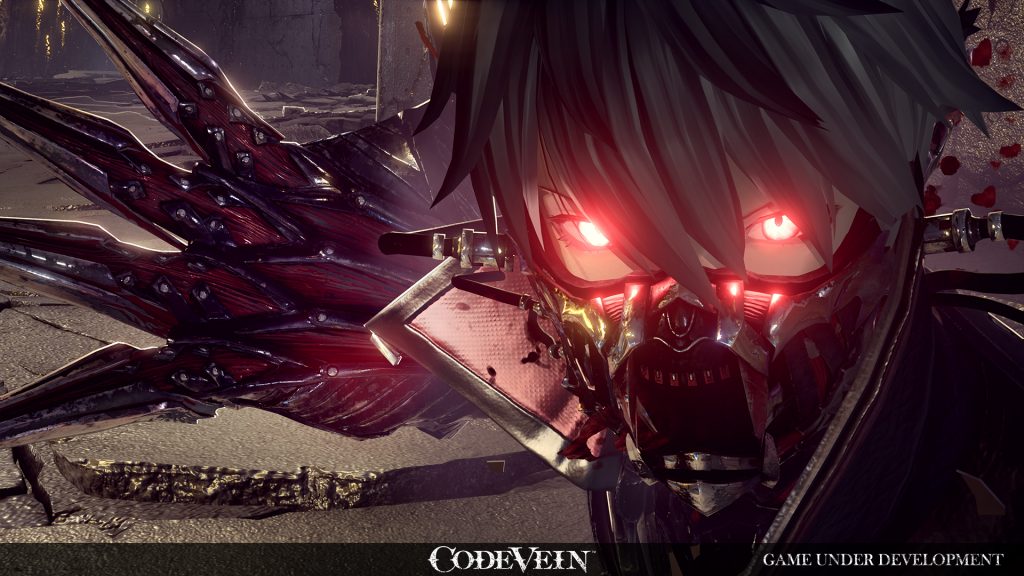 Bandai Namco has today announced Code Vein, a new game for release on ‘major home consoles’ in 2018. After teasing the announcement with a #PrepareToDine tag, it turns out that Bandai Namco’s game is indeed a vampire themed action-RPG, but seems unrelated to Dark Souls in any way. It does share some common themes of darkness and despair, however.

From the screenshots sent out the game looks bleak, if stylish. The world is in a post-apocalyptic state, and the vampires, known as Revenant, live in a hidden society called Vein. The player character is a Revenant, who is ‘tasked to embark into the world with a companion picked from the various residents of Vein to uncover lost memories and an exit out of this new demented reality.’ So that sounds pleasant.

As well as weapons, Revenant also have enhanced vampiric abilities known as ‘Gifts’. Combat is described as ‘challenging’.

There’s a gallery of screenshots embedded below. Please click to enjoy large weapons.