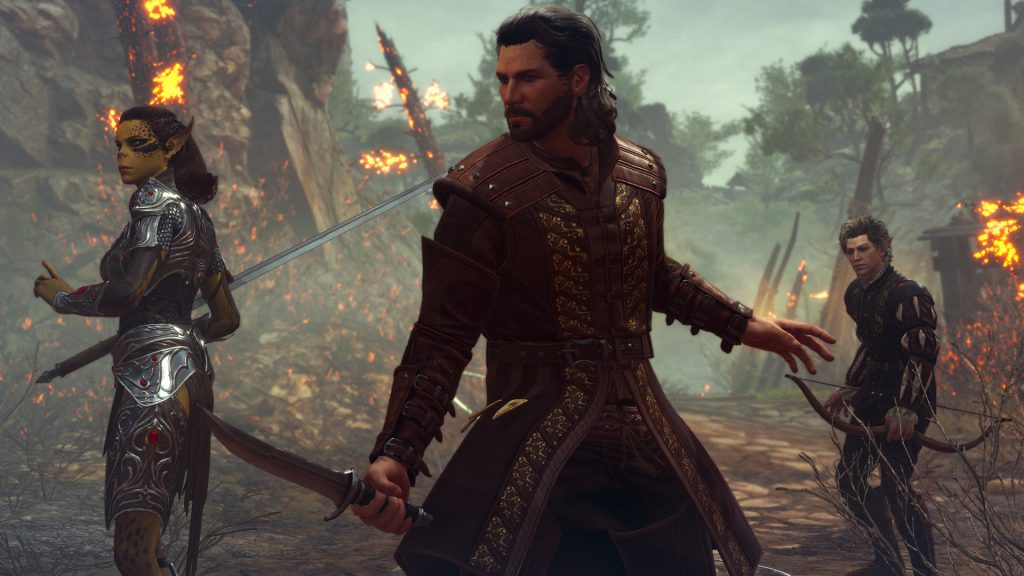 Baldur’s Gate 3 isn’t possible on the PlayStation 4 and Xbox One X, says Larian

Baldur’s Gate 3 is in development for PC and Google Stadia, but Larian Studios isn’t looking at a console version currently, because the game wouldn’t run on the PlayStation 4 or Xbox One X (via Eurogamer).

PAX East 2020 premiered the world’s first look at the gameplay of Baldur’s Gate 3. Real-time-with-pauses combat is out and turn-based combat is in, and all skill checks require the roll of the dice. The story will be a 100 hour long odyssey, offering adventure, romance, and parasitic tadpoles. It’s quite something, even in its pre-alpha state. Eurogamer interviewed executive producer David Walgrave on the anticipated role-playing title and what’s in store for players.

Larian Studios has grown enormously since Divinity: Original Sin 2, in order to service the scope of Baldur’s Gate 3. “We cannot make Baldur’s Gate 3 and everything that we should do to honour it, and to move on with the company, with [only] the people that we had for Original Sin 2. So we had to explode,” explained Walgrave. However, the recruitment drive didn’t seek out those who had cut their teeth on similar role-playing games. “We now have like a dozen writers, and some of them are very junior, some of them are very senior and have been working – like our lead writer, Jan van Dosselaer, has been working for us for I think 10 years as well,” he said. “And, to be very blunt, we didn’t need a ‘well known’ writer for now because I think that our team is really good.”

The company is still “one hundred percent independent” and gets advice from its partners, Google Stadia and Wizards of the Coast. “We have certain agreements and deadlines with Stadia, but that’s mostly about technical stuff. They want us to support a couple of typical Stadia features and we need to show that we do, and that’s basically it,” exemplified Walgrave. That seems to suggest that ports to other platforms could be possible, if a publisher hasn’t rejected the idea. But, Larian Studios isn’t confident that current generation consoles could run Baldur’s Gate 3.

The executive producer clarified that he hadn’t considered that this question would arise in an interview, so this reply could change in the future. “I don’t think that current-gen consoles would be able to run it,” he answered. “There’s a lot of technical upgrades and updates that we did to our engine, and I don’t know if it would be capable of being able to actually run on those things. Maybe it could run, but then we would have to tone down the textures and this and that and it wouldn’t look as cool anymore.”

Walgrave also offered a little insight to the development of Baldur’s Gate 3, stating that Wizards of the Coast gave Larian Studios a “creative carte blanche.” The gameplay section shown off is still in its “raw form” but the game will continue to be refined and tweaked until its launch. “We do know what it can be, and we have again hired a couple of guys with a lot of experience. The cinematic producer and the cinematic director come from Telltale,” said Walgrave. “So, if you see that—and if you see all the technical stuff that has gone into our engine—I would call it a triple-A game. It has a triple-A budget, has a triple-A team by now, and I think that is our aspiration.”

Baldur’s Gate 3 is coming to PC and Google Stadia. An early access period is in the works, and will arrive on both platforms simultaneously.