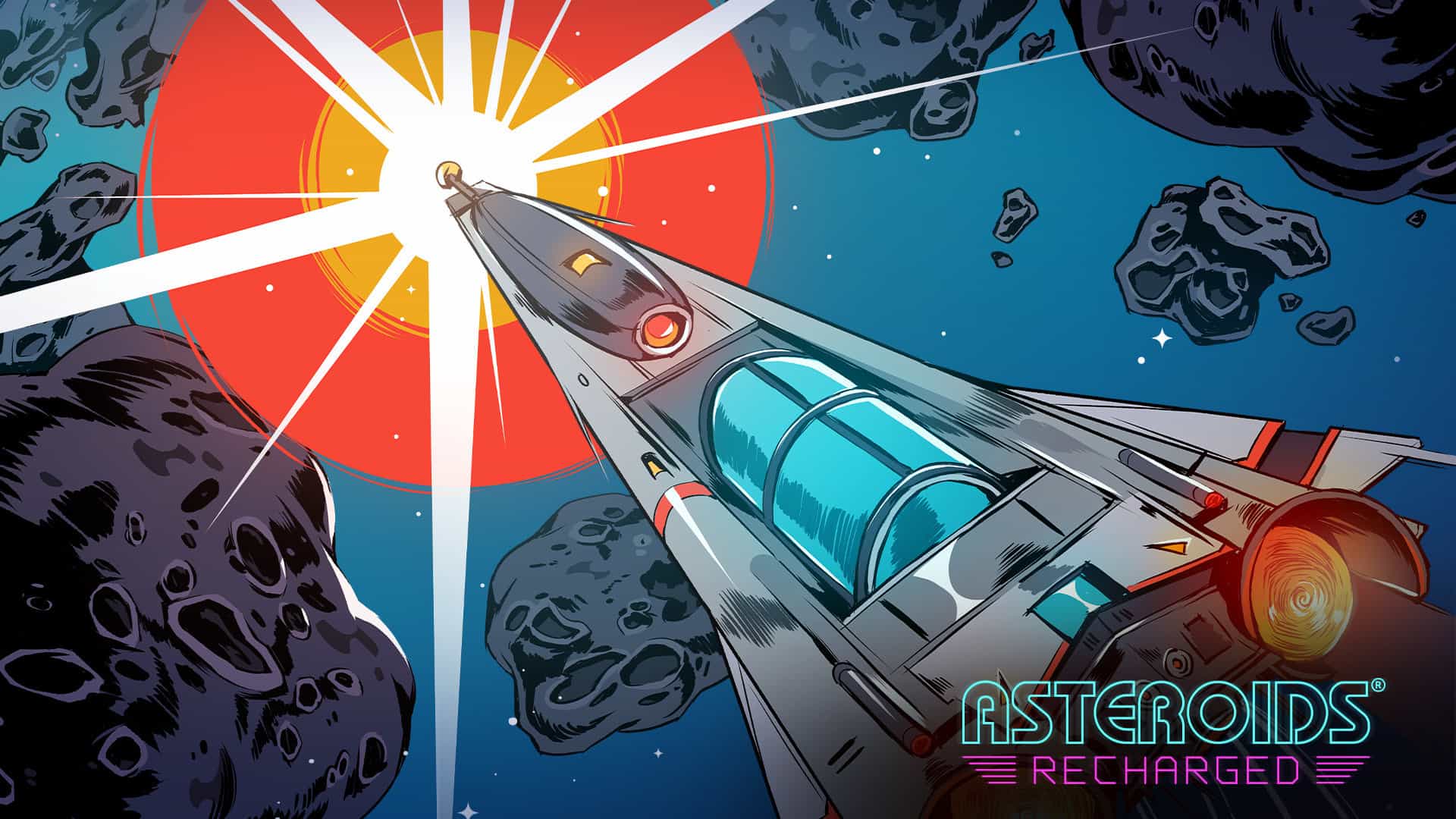 Asteroids: Recharged revives the arcade classic on console and PC next month

Atari has announced arcade shooter Asteroids: Recharged will blast onto Xbox, PlayStation and Nintendo consoles as well as PC next month.

This latest take on the classic arcade hit gives Asteroids a fresh new look, while retaining some of the style of the classic original. Once more you’ll be piloting a fragile spaceship through space as asteroids come hurling at you. You’ll have to shoot them and other ships to survive as long as you can and get the high score.

You’ll have a bunch of power-ups at your disposal, including Orbiting Bullets which  protect your craft with ordinance. Or there’s the Reflector, Mega Lasers and Side Attack shots that can help cover your ship’s more vulnerable sides. You can also expect a soundtrack that’s inspired by the original but given a synthwave flavour.

There’s some modern trappings too, of course, including two player simultaneous play. (No more waiting for your friend to stray into the path of debris you “forgot” to warn them about.) There’s also a bunch of skill based challenges to complete for bragging rights and to add a bit of spice.

It seems there’s a bit of a trend of late for reviving arcade classics. Just yesterday, we were told about a brand new game in the Arkanoid series entitled Arkanoid: Eternal Battle. 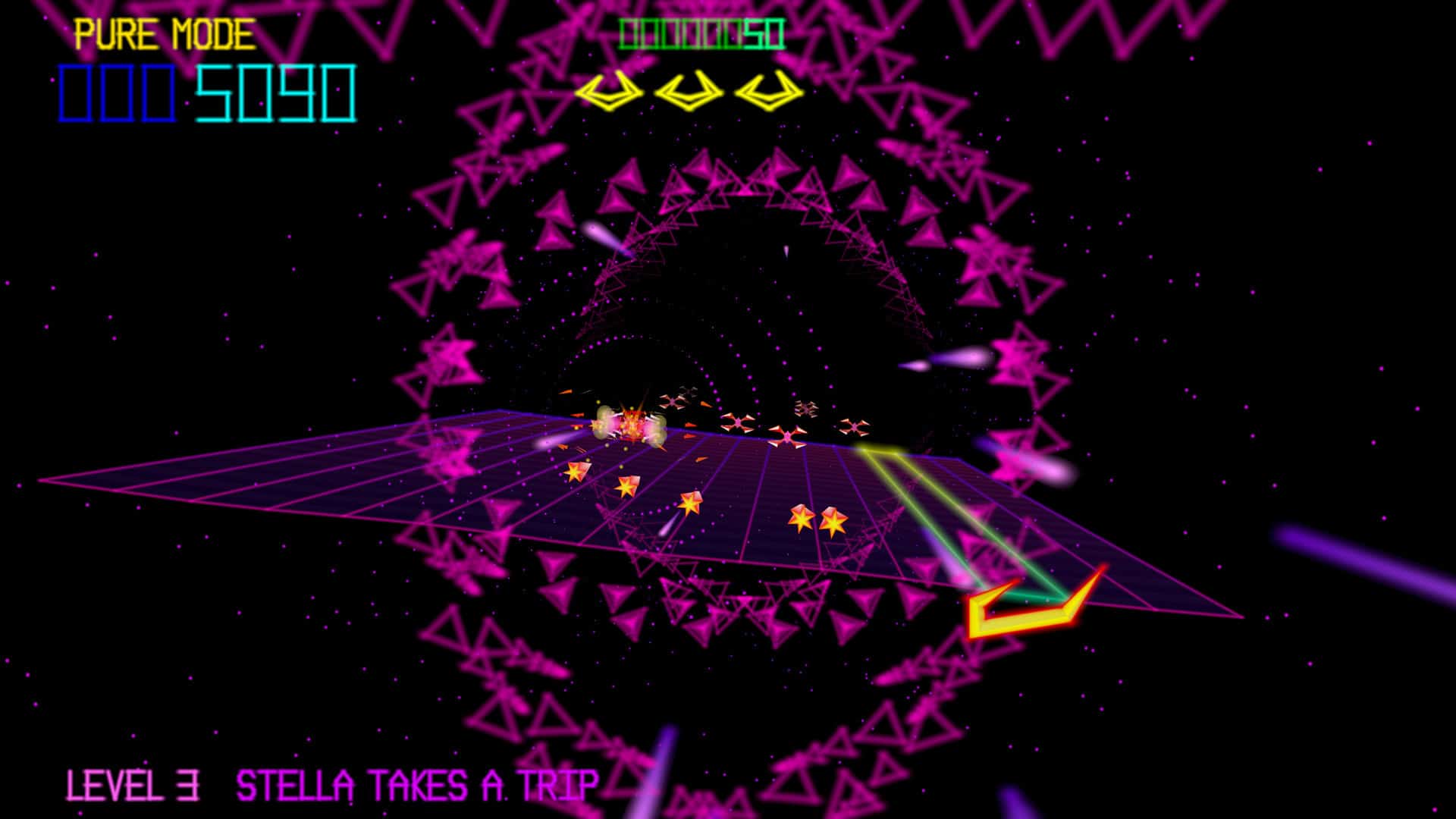 Tempest 4000 heads to the Nintendo Switch next month 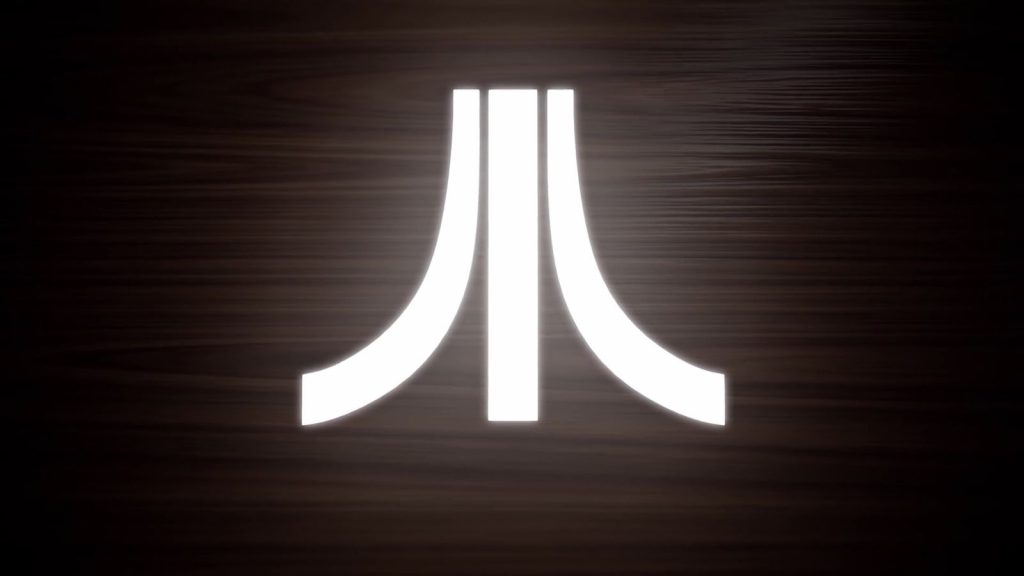 The new Atari console may never launch, hasn’t paid its developers for over six months