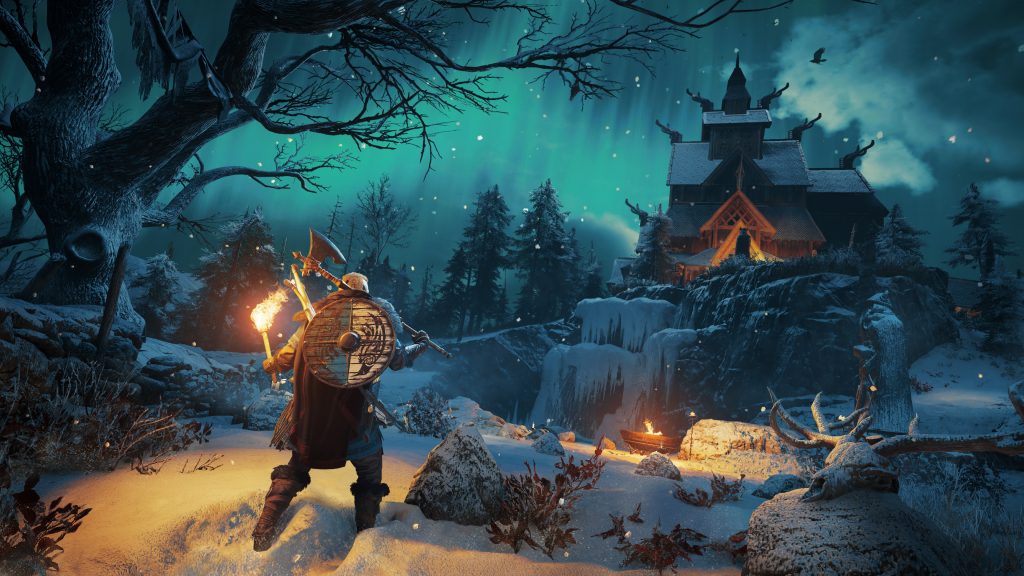 Assassin’s Creed Valhalla players will experience the story of the game in a “very unique” way, because Ubisoft has attempted to “experiment” with narrative convention (via GameSpot).

Assassin’s Creed Valhalla was revealed in April, and its cinematic trailer showed the duality of the Viking invasions of England. To the Norse people, they were seeking a new home, but to the English kingdoms, they were violent, “godless” interlopers. Assassin’s Creed games tend to be set in periods where there is a conflict, literal and/or political, so this is par for the course. Yet, we don’t know much about the specifics of Eivor’s story, nor of Eivor themselves. Speaking to GameSpot, narrative director Darby McDevitt gave the low down on the narrative structure of Valhalla.

An element of curiosity is the fact that the male and the female Eivor are canonical. In Odyssey, Alexios and Kassandra were siblings, and the Animus could not say for certain whose DNA was supplied, hence the choice of playable character. However, Kassandra is the canonical character, with Alexios playing second fiddle to his sister’s story. If both male Eivor and female Eivor were historically the driving force of the story of Valhalla, then the Animus is jumping through unusual hoops to come to that conclusion.

“But I would even dare say it’s quite unique for any game. I don’t think people have experienced a story in quite this way—how we present it to you, how you consume it—it’s very unique,” continued McDevitt. “It relied on being willing to experiment with a different way of presenting information to players and leading you through the world.” Perhaps we will learn more when the official gameplay reveal for Valhalla premieres tomorrow with Inside Xbox.