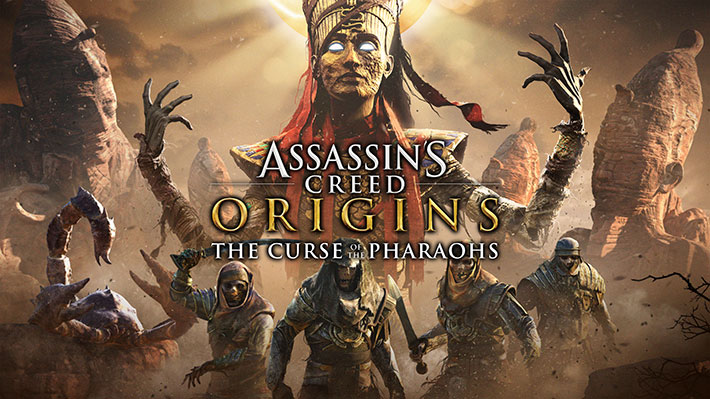 Set four years after the main campaign, Curse of the Pharaohs opens with Bayek paying a visit to Thebes, the legendary Egyptian City of the Living, as he investigates a mysterious plague that has befallen the region.

Once there, you find yourself scrapping with various undead enemies and mythical beasts that pluck inspiration from ancient Egyptian mythology, as well as exploring new areas such as Karnak, Luxor, and the Valley of the Kings.

In addition to the new setting and enemies to battle against, Curse of the Pharaohs also bumps the level cap to 55 and introduces a wealth of new abilities, costumes, crafting levels, and resources. Bayek can also get his blood-stained hands on new weapons that are modelled after Egyptian mythology.

Check out the launch trailer below and have a gander at our Assassin’s Creed Origins review if you haven’t picked the game up yet.