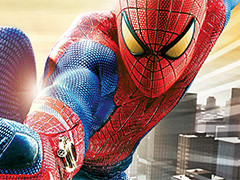 A handheld port of 2012 web-slinger The Amazing Spider-Man will release on PlayStation Vita next month.

The Vita port is said to be a “hand-held version of the original PlayStation 3 title” and includes additional features designed to take advantage of the console’s gyroscopes and touch-screen.

Players can now tilt the Vita to take in-game photos, for example, and pinch the screen to zoom in and out of the in-game map. The port is being handled by Californian developer Mercenary Technology.

“The PS Vita release of The Amazing Spider-Man is a virtual playground in your pocket, maintaining that same spirit of the console edition while adding new energy through the Vita’s special features,” said executive producer Bill Chinn.

“Peter Parker’s smartphone plays an integral part in how you interact with the city around you, and the Vita’s unique form reinforces these elements. The pinch-and-zoom support afforded by the Vita’s multi-touch capabilities makes navigation a breeze, allowing you to effortlessly drag around the mini-map, set waypoints and track your bearings, just like you would with a real smartphone’s map app. And the Vita’s gyroscopic functionality lets you snap front-page photos by aiming the device like an actual camera, zooming in and out with a simple touch.”

The game launches in the US on November 19 and in the UK “later this year”.