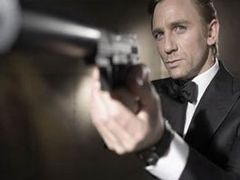 GoldenEye 007, from Activision and Eurocom, is exclusive to Nintendo because of a gap in the Wii’s line-up and because Activision wanted to partner with Nintendo. That’s according to Brian Pass, senior producer at Activision.

When asked why GoldenEye 007 is exclusive to Nintendo platforms, Pass said: “There are a number of different reasons for that. One’s we have a partnership with Nintendo. It’s a great opportunity. This game was originally on the N64, so there’s the nostalgia factor for people that are Nintendo fans. So we wanted to partner with Nintendo for this.

“There’s opportunity. So, the opportunity on the Nintendo Wii platform is huge. There’s roughly 12 million Wiis in North America. But it’s not really a console that a lot of shooter fans are playing on. So we wanted to offer them their own first-person shooter, that’s unique and exclusive to that console.”

Pass thinks the reason gamers aren’t playing shooters on the Wii is because they don’t like using the Wii Remote and Nunchuck. GoldenEye 007 will feature Classic Pro Controller support.

“Why are people not playing shooters on the Wii? I don’t know,” said Pass. “Maybe it’s because people don’t like using the Wii Remote and the Nunchuck. They don’t like using the pointing device. Now they’ve got the Classic Pro Controller. This is dual analogue stick. It’s got the exact same layout you find on PS3 or 360.

“You put this in a shooter fan’s hands and they instantly know how to play. We feel that the opportunity and the time is right. And partnering with Nintendo is a huge opportunity for us. We really want to tap in to the nostalgia for Nintendo fans, and take advantage of the opportunity presented by the platform.”

Xbox 360 and PS3 owners hoping they’ll get a version of GoldenEye 007 in the future probably shouldn’t get their hopes up. “We can’t talk about that,” commented Pass, while Dawn Pinkney, primary producer, Eurocom simply said that “it belongs to the platform that it should be on, which is Nintendo”.

GoldenEye 007 is due for release on Wii and Nintendo DS in November.

Remake of the classic N64 original, exclusively coming to the Wii.

Remake of the classic N64 original, exclusively coming to the Wii.