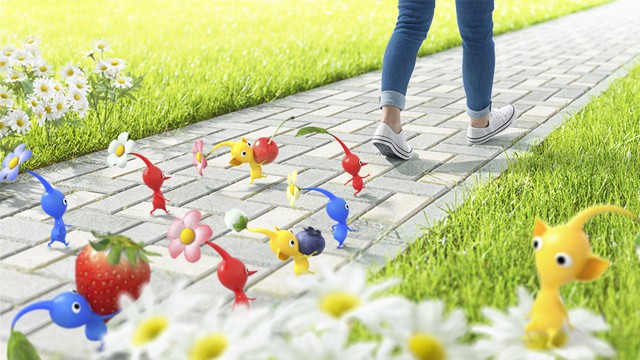 Pokémon Go developer Ninatic has announced that it has entered into a new partnership with Nintendo in order to develop new mobile games marrying AR technology and popular Nintendo franchises, with the first game in this new deal based on Pikmin.

As per the announcement on the developer's blog, the new as-yet-untitled game will "include gameplay activities to encourage walking and make walking more delightful" and will launch later this year. Development duties will be handled by Niantic's Tokyo studio, which was first established in 2018.

Details are light on the ground at the moment, although more information is promised over the coming months. Interested parties are invited to sign up for pre-registration over on Niantic's website over here.

The most recent Pikmin game on consoles was a Nintendo Switch enhanced re-release of Pikmin 3 Deluxe, which added a new difficulty mode, side-stories and more when it released this past October. Niantic meanwhile showed off what a Pokemon Go using Microsoft's Hololens might look like just last month.