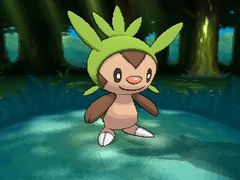 Sales of 3DS XL and the 2DS are up 222 per cent and 234 per cent, respectively, compared to the same period last year, reports MCV.

The rise comes as a result of the ongoing popularity of Pokemon GO and its players’ desire to play additional Pokemon games found on the 3DS.

The rise in sales of Pokemon games on 3DS helped Nintendo secure 10 titles in the UK’s Top 50, 9,000 units coming from Pokemon. Nintendo was the UK’s No.1 boxed games publisher according to GfK figures seen by MCV’s retail sources.

MCV adds that sales of Pokemon trading cards, toys and clothing have also been boosted by GO, as have pre-orders of this November’s Pokemon Sun and Moon.

Developer Niantic is currently facing a player backlash after it patched Pokemon GO to remove support for third-party map tools such as PokeVision.