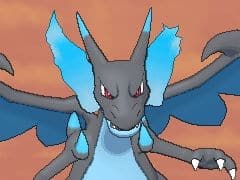 Pokémon X&Y start speedily. There’s no faffing around, and it’s not long before you’re fighting other Trainers in brutal combat and approaching your first gym. It’s a confident beginning, but what it lacks early on is a challenge, and it’s easy to plod through the early stages.

This soon changes, and although it is never outlandishly difficult, it balances and becomes much more compelling as the challenge ramps up.

A new Share XP feature enables your team to receive a cut of the XP in each battle, without fighting themselves. Although this may anger series purists, it makes developing a party of 6 ‘Mon more satisfying, as Pokémon in your party always get some XP, even if it isn’t the maximum available for that particular fight.

As for the world of Kalos, it’s brimming with beauty and makes the very best of the 3DS’ power. It’s sizeable enough that the adventure is palpable, and detailed enough that each town has its own neat little idiosyncrasies for you to admire. Cafes and shops are bustling with activity, and it’s a much more dynamic and personable world than in any previous iteration.

Despite some pretty shoddy 3D implantation that’s limited only to battles and severely affects the frame rate, it’s gorgeous from the get go. Every single Pokémon is rendered in 3D, and their new look goes a long way to bringing out that magical personality.

As well as the a deep single player, Game Freak has revolutionised social interaction in a Pokémon title, with one of the most accessible and easy to use array of online connectivity features ever seen on 3DS.

X&Y are familiar on the surface, but nothing about each game is untouched in Game Freak’s amazing Pokémon revolution.