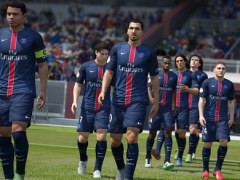 FIFA 16 Ultimate Team’s FUT Draft is quickly proving one of the game’s most popular new additions. With players being given the chance to play as the world’s greatest talent, and earn great rewards in the process, it’s no wonder that players are looking to jump on board.

However, the high entry fee means that it’s important for players to maximise their earnings from every tournament, so below VideoGamer has put together some tips and tricks to help you in FUT Draft.

FUT Draft is a big investment. For the sum of 15,000 coins or 300 FUT points, you want to make sure that you get maximum rewards for the venture. Because of that, it’s worth having your first couple of outings in the offline FUT Draft on a difficulty you’re comfortable with.

Not only will this guarantee a handsome reward once you win the maximum four matches, but you’ll also start to develop strategies for preferred players/formations and how you like to play with all-star lineups. Many players don’t get the chance to play with such a roster of talent, so making sure you put them to good use is important.

Use a well-practiced formation

Don’t go full Louis Van Gaal and start using formations you’ve never even heard of when presented with the choice of five. If you spend your FUT Season playing a 4-1-4-1, and it appears as one of the options, it’d be silly to not use it.

It’s good to have knowledge of the strategies of a few formations, so that you’re more than covered for all outcomes in what may be presented to you in that opening menu.

Have a plan before you build

The easy mistake to make is try and build an entire 11 around your first player, but this isn’t always the best plan. You can still get full or close to full chemistry with hybrid teams, so it might be a better idea to pick one defender, midfielder and a forward, then go about building the ‘lines’ of players and then build from there, rather than spread from the first position.

After your starting 11 is sorted, you have the option to let the game automatically fill your bench with substitutes and reserves, but it’s best to manually select every player in the squad. That way you know that every player in your team is suited for your strategy, and more importantly, the team chemistry.

Strikers and goalkeepers are the most important players

An outstanding striker and goalkeeper will be the difference in the majority of matches. Making sure you have a player who can keep the majority of chances out at one end and take 99% of chances at the other will put you in good stead in every tournament. Try to build your squad around these key positions and you’ll have a solid team.

Your captain is just another player

At the start of the team selection you’ll be asked to choose a captain. These players are usually the best in terms of overall rating you’re likely to be presented across the board, but don’t try to shoehorn them into your squad, they’re still just one player. With FIFA 16 being much more about team build-up, having a disjointed squad will cause more problems for you than it’ll solve.

Your manager needs to benefit the most players possible

As superfluous as the manager seems, make sure you preview every choice available and see which one has the biggest impact on your team. Because both a manager’s nation and league benefit chemistry, it’s worth seeing how many players are affected by each gaffer.