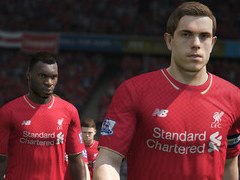 FUT Draft is FIFA 16’s new mode which makes Ultimate Team’s biggest stars obtainable to all players. By paying an entry fee, players can draft an all-star lineup and use the team in up to five matches, either online against other players or offline against the AI.

While it can be enticing to pick your favourite players in every position, it’s important to remember the basic rules of FIFA Ultimate Team when creating the squad. With that in mind, VideoGamer has put together a few quick tips to help you build the best draft team possible.

In FIFA 16 FUT Draft, think carefully about your formation

Once you start FUT Draft, your first task is to choose a formation. You’ll be presented with five options, choose one that you’re both comfortable with and have used before.

Don’t become a Mourinho-style tactician and choose whatever is in vogue, go with something that presents options in attack but also doesn’t leave you vulnerable to quick counter attacks. Also, choose the formation that has the best types of players. A formation with wingers is always good as football is full of all-star wide men. Having two holding midfielders isn’t as high a priority.

Preview every selection in FIFA 16 FUT

Once you’re presented with the possible players, you can press square/X while hovering over every player to see what impact they’ll have in your team. By previewing each selection, you can see who will be the most beneficial to your squad.

Each player in the list of options will also have a Chemistry Style attached to them. This could help make a seemingly undesirable option the best of the pack, because that booster could help compensate for their shortcomings. If, for instance, an 83-rated, slow defender like Mascherano has a Chemistry Style which makes him faster, there aren’t many better choices.

If you want to see how much of an impact the Chemistry Style has on the card, flick the right stick and you’ll see between one and three arrows next to the affected attributes. But remember, the arrows must be green in order for said boost to have any effect, and the only way this happens is if the player has enough chemistry within the lineup.

Even in FUT Draft, chemistry is king

As always in FIFA Ultimate Team, chemistry is the overriding principle you must pay attention to when picking players. While there may be higher-rated options available in a selection of centre backs, choosing the lesser player that can help achieve full chemistry is the way to go. Having 11 galacticos with red lines connecting them all is a far worse strategy than having a team of great players who also play well together.

Getting to 100 Chemistry is tough, and there will be times you have to ignore amazing players in order to take the one that better fits the squad, but it’s worth it because the football you play on the pitch will be better thanks to a lack of random wayward passes and poor positioning.

Your entry fee is paid back in rewards, sort of

EA has stated that the entry fee you pay to play FUT Draft will be the very least you earn, but not in kind. Players can earn cards, coins or packs for playing FUT Draft, so while you will certainly be rewarded for your efforts, don’t expect to earn enough to jump straight back in.

Also, as you might expect, the better you perform in FUT Draft, the better the reward, so try your best to accumulate the full set of five wins.

Your FUT Draft manager can make a big difference

When it comes to selecting a manager, choose the boss who either manages in the league or is from the nation that the majority of your players are. This will give you a nice chemistry boost that can end up having a big payoff on the pitch.

Study your FUT Draft squad before a match

Once you have your squad, it’s worth taking a closer look at each of them before heading into your first game. While the bigger names’ strengths and weakness will be immediately obvious, knowing the more obscure players’ weaker foots, heading capabilities and where your team is strongest is your best bet of preparing your approach to a match.

If your strikers are relatively new to you, make sure you know whether they prefer attacking crosses, shooting from outside the box or taking players on, or you could end up playing out frustrating 0-0 draws, or worse, be on the end of an early defeat.

Don’t be afraid to make substitutions

Usually, in Ultimate Team, players are hesitant to make substitutions as it’s a waste of a match from a player’s contract, but in FUT Draft, there aren’t any contracts to worry about. As you only have these players for five matches, you can rotate to your heart’s content and try and get the best out of the full squad should you make it to subsequent games.

Creating a team from scratch is tough, and will take practice

Choosing an entire squad from scratch and making it run like a well-oiled machine is tougher than it sounds, and will be unlikely to work in your first attempt, especially when playing on a hard difficulty or online.

Don’t panic if you craft what is supposed to be an unbeatable team, only for the end result to not work out – it happens. While the entry fee is pretty hefty, it’s not bank-breaking, and soon enough you’ll earn that money again and be ready to give it another go. Also, it really is luck of the draw; some rounds you’ll get a team as good as Real Madrid, others as bad as Real Salt Lake.