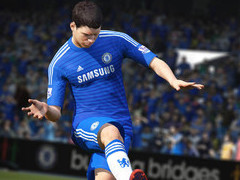 FIFA 16 provides one of the most dramatic gameplay overhauls the series has seen in years. With that VideoGamer has put together 13 tips and tricks to help you get to grips with the changes and help give you an advantage over the opposition.

Patience is a virtue

FIFA 16’s various gameplay overhauls mean that previously-sound attacking tactics can prove fruitless now. Rather than trying to hit teams on the counter-attack with relentless pace, FIFA 16 favours the more considered approach. Keeping the ball and passing it sideways is not a wasteful strategy: instead it’s about taking your time, waiting for the space to open up and then exploiting it.

Not every pass has to be played forwards, giving it back to the centre halves is a viable option as it forces the other team to push up the field, creating more space behind the lines of defence. Also, quickly switching the ball from one side of the pitch to the other is an effective way of opening up space, as it forces the middle to become less compact as you operate across the whole pitch.

Remember: for as long as you have the ball, the opponent cannot score. Wait for the right opportunity to attack the opposition goal, then don’t waste it.

The most effective skill move isn’t actually a skill move

While players will look to dazzle you with rabonas and rainbow flicks, the most effective skill move isn’t even a skill move. Every year in FIFA the one trick that works every time is the three-point turn. Because the player models in EA’s offering are so big and bulky, taking three separate 90-degree turns is the best way to shake off a pesky defender and create space going forward.

That said, if you’re the type of player who can’t help himself, here’s a complete list of every Skill Move in the game.

The overhaul of FIFA’s crossing mechanics means there’s far more variety in how a ball can be delivered into the box. Thanks to more intelligent player runs, coupled with much more aggressive goalkeeper AI, it’s no longer a viable option to constantly run to the byline and aim for the penalty spot. Instead, you should be aiming to cross from the wing when level with or just before the 18-yard box. You should always be looking at the opponent’s defensive line: if they are on the edge of the box, that leaves plenty of space to deliver the ball between the back four and the goalkeeper, for your striker to run onto the ball and have an easy finish.

These crosses have a much higher success rate than the high deliveries into crowded space, as the goalkeeper will more often than not come out and punch these clear. Hitting crosses that give your forwards a running attack at the ball are more likely to end with a shot at goal.

AI is tougher than most humans

With defensive AI now much more rigid and aggressive at intercepting the ball, especially on higher difficulties, it can actually prove tougher to break down AI defences than in online matches. Because humans are more likely to make errors and drag players out of position, the possession football you’re going to be playing this year serves online matches much better. Playing against the computer on World Class and Legendary can become a frustrating affair, with more square passes than a match featuring Jermaine Jenas clones.

After finding your feet against the computer in the first few matches, try jumping online in seasons or a simple one-on-one match and see how different the experience is.

By holding RB/R1, players will deliver a much faster pass, aimed at finding a man tightly marked and preventing defenders from intercepting the ball. The trouble is that this pass is much trickier to control, especially with any players below world class status.

There are a couple of things you can do to help ensure the ball finds its target. Firstly, it helps if the intended receiver is facing the ball. If he is square to the man passing the ball, he’s more prepared to receive the pass, plus his body is between defender and ball.

Secondly, let go of the run button when trying to control the ball. Holding sprint will make the ball trickier to control as your player is intending to take a heavy touch to knock it into space. Just use the left stick or, if possible, hold nothing at all, and let him bring it into his feet before trying to take on the next defender.

Finally, if you’re delivering the ball to a man on the edge of the box, a parallel touch is easier than one continuing in the path the ball was going, as it takes the momentum out of the pass.

Also, be sure to let go of RB/R1 after you make the pass, as that button also makes a receiver dummy (step-over) the ball and forego taking a touch, which is a great skill, except when receiving a bullet pass.

How to keep possession in FIFA 16

When receiving a pass, hold LT/L2 to have your player use his body to protect the ball. With the now far more aggressive defensive AI it’s vital that players do this. When in crowded areas of the pitch, getting your player’s body between the defender and the ball can buy you a vital couple of seconds to either allow other players to make runs or create gaps to turn into and outfox the overly-eager defence.

How to win back possession in FIFA 16

In previous FIFA games it was acceptable to have whichever defender was nearest to the ball sprint towards it, then once it was passed across the field, switch player, rinse and repeat. If you do that in FIFA 16, you’ll get passed off the park and quickly find yourself short of defensive support.

You need to defend as a team in FIFA 16, and to do that you mustn’t send a single man on a drastic run to chase the ball down. Instead, gradually move your team up the field to close the ball down, shutting off space and removing passing lanes.

On the D-Pad tactics, ‘High Pressure’ and ‘Team Pressing’ are very good options when defending. Make sure that, whomever you’re controlling sticks to his position on the field and doesn’t push too high, leaving space behind, particularly between midfield and defence.

In FIFA 16 Ultimate Team, a good striker is essential

Ultimate Team can prove incredibly frustrating, as there’ll be games where you’ll have three times as many chances as your opponent only to lose 0-1. This is why you need to invest a significant sum in a top quality striker.

Having a forward with at least 80 finishing will make a world of difference to your experience.

While the FIFA Trainer is a noble attempt to introduce players to the basics of the game during a match, it takes up far too much real estate on the screen and is far too distracting, to the point where it detracts from the actual match. Instead, stick to the Skill Games if you want to learn or improve upon the fundamentals. They’re still the best way to learn, and with the new and improved training drills, this is the best and most fun year for them.

How to end a slide tackle early in FIFA 16

Press the slide tackle button again after your player has begun his slide to make him get back to his feet. This is a great way to recover from a missed challenge, and keep your defender close to the ball and not give away easy scoring opportunities.

Use the EAS FC Catalogue

The EAS FC catalogue is a great way to get a headstart in whichever mode you’ll be spending most of your game time with. Enjoy being a manager in career mode? Consider grabbing a financial takeover to give yourself a big transfer kitty to overhaul the squad. Prefer to plough hours into Ultimate Team? Grab a bunch of the Coin Boosts that litter the catalogue to earn far more coins in the early going and build a cohesive team with high chemistry far sooner than usual.

In the past two FIFA games, it’s been possible to customise any team’s tactics to incredible depth. You can decide how aggressively your team presses the ball, what style of football your team plays, which runs every player on the pitch makes and even which runs the attackers make off the ball. In career mode in particular, tweaking these settings in your opening few matches will help create your ideal setup and decide how you want your team to play.

Whether you’re a long ball merchant or tiki-taka technician, you can adjust these settings in the custom tactics menu.

FUT Draft is worth the entry fee, particularly online

FUT Draft is FIFA 16’s standout new mode, and although it comes with a high entry fee (15,000 Coins or 300 FUT Points), your prize is always good, coming in the form of packs. The more matches you win in FUT Draft, the bigger the payout. Playing an online FUT Draft bears greater rewards than offline, so it’s always worth a punt taking on human opponents and seeing how far you can progress.