Dynasty Warriors 9: 6 advanced tips to get the most out of the game

Updated on February 19, 2018 by VideoGamer.com Staff

Contents hide
Catch These Hans
Did You Say Utility Belt?!
Ode to the Geode
Peltin’ Aboot
Take Your Currency Back
Charge of the Liught Brigade

There’s no two ways about it, Dynasty Warriors 9 is massive and a little bit complicated at times, but you get out what you put in. With each step you take, you need to make sure it’s in the right direction or it’ll start to feel like some sort of East Asian Groundhog Day with swords and spears. With so many new mechanics and changes to the old formula, it’s no surprise that you’ve amassed a whole load of questions. So settle in as we try to provide the answers you’re looking for. If you can utilise all these tips and even find some quirks to the systems on your own, it won’t be long until you’re kicking about China with ease…

Dynasty Warriors is infamous for its methodical button mashing combat. It was honed year upon year to the point of player complacency. Complacency is the slow and hidden enemy of progress. Pushing Dynasty Warriors 9 towards the 21st century is a new system that allows players to weave a variety of different Trigger Attacks together with Flow Attacks. There’s no longer a series of branching combos. Instead you have access to launching attacks, knockdowns, a stun, and specials by holding one of the trigger/shoulder buttons,. These Trigger Attacks enable you to cut through enemies like a warm Dao through butter. Each attack serves a purpose. For instance, the stun Trigger Attack is best used to create an opening and garner a few extra hits, whereas the knockdown Trigger Attack is best used to create a little space and time to use an item. Finding the right spot to place a swift slice is the difference between life and death.

Just as important as how you swing your weapon is the weapon you choose to swing. Every character in Dynasty Warriors 9 has a favourite. Equipping the right weapon gives a few added bonuses, like an uninterruptible charge for all your Trigger Attacks and a bit extra damage.

Did You Say Utility Belt?!

There was a time where you’d scran some fresh dumplings from the dusty battlefield without batting an eyelid. Oh how times have changed. These days it’s all about ‘inventory management’. Yuck. You have to think about where you’re going, if you want to go fishing, or even try your hand at placing some trap boxes. It’s all so confusing. The thing is, it’s also mega important. With the new inventory system, you are pushed to think about the kind of buffs and healing items you want to take into battle and how quickly you can access them, so make sure you get to grips with it. When push comes to shove, you might find yourself with your head in your hands lamenting the fact that you forgot to switch out your fishing bait for the much more combat oriented elixir. There’s nothing worse than being unprepared, so pack your bag and check it twice.

Ode to the Geode

Everyone loves a big gem, don’t they? It’s the quickest way to display wealth – that’s why I’ve got a grill of pure diamond teeth. What the experts don’t tell you is that all these gems have special properties. Or at least in DW9 they do. With six available slots for gems on every weapon, you can use them them to inflict some nasty status ailments and score a few extra points in your strength stat. So stockpile all the gems you can find and make sure you always have some spare cash to spend at vendors across the land, ‘cos you never know when a hot new stone will hit the market.

There’s these wee beasties that run about the countryside, right? Every last one of them thinks that you’re a bit of a wuss. Set about them. Show them who’s the boss. For every pelt you liberate from the sweaty back of those wolves who dare mock you by, er, spawning into the world near you, you’re rewarded with precious hunting points that can be exchanged for goods, materials and scrolls through the Dilettante in every city’s market place. Unlike every other resource, there’s no clear indicator for animals on the map – so you’ll need to keep an eye out for orange blips on your radar and pray that they aren’t bandits. Oh, and don’t forget to crouch. The last thing you’ll want to do is scare away the unsuspecting wildlife.

Take Your Currency Back

Not long ago, in a time before the Euro, there was more currency kicking about Europe than there are unread emails in my inbox, and now every so often you find a lira from a stag do ages ago that you can’t spend anywhere. Dynasty Warriors 9 is a bit like that, as you’ll come across weird coins that don’t technically have monetary value. Luckily, for every weird coin in your purse the Coin Collector has something they can trade you, from weapon scrolls to gems.

Charge of the Liught Brigade

If you’re in anyway familiar with Alfred Tennyson’s poem, you’ll know it’s the quintessential example of staring death in the face and marching onwards. By now you should be aware of the history of the Three Kingdoms: all roads lead to an early grave, but the perseverance is its own reward. Thankfully, the glory never fades. With each successful play through you are showered with riches and, unlike the Egyptians, your prized possessions are not buried with you. You might step into the shoes of a fresh faced Sun Quan, but behind his eyes are decades of experience. With this in mind, put the time in gathering and crafting on your earlier play throughs. Then, with every subsequent run you take at the game, there’s no need to worry about finding rare weapons as you’ll have all the materials to make them and any additional equipment can be reforged with gems shared across a multitude of warriors. 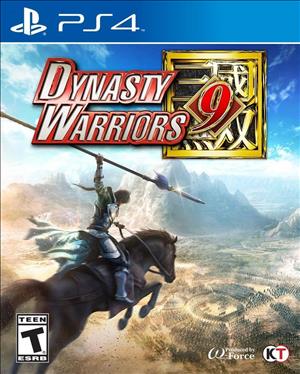