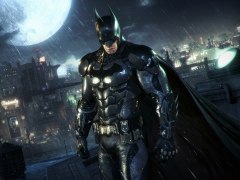 Batman: Arkham Knight’s Predator stealth sections can create some incredibly empowering moments, with Bats swinging from pillars, hiding in grates and gliding into windows in order to dispatch terrified bad guys. Not knowing how to pull off such fear-inducing moves, however, can prove frustrating and lead to several retries. Follow VideoGamer’s guide to become the stealthiest Bat in Gotham.

The best advice when it comes to these sections is to take your time. Even in the AR challenges when you’re against the clock, acting too hastily will only lead to cumbersome strikes which will take more time than if you plan your approach. Think carefully about your strategy to avoid making rash decisions.

Try and get one-hit takedowns

Landing on a foe and then being forced to hit them four or five times to score a knockout can waste valuable seconds and risks Batman being spotted by another baddie. Inverted, silent and one-punch takedowns are the preferred option when it comes to whittling down the numbers.

Naturally, there’ll be times when you’ll need to pull off a drop-down attack, followed quickly by a ground takedown, but again, make sure you have enough time to pull off both hits without being spotted.

Use a couple of grapples when escaping

While enemies in previous Arkham games were befuddled the moment Batman grappled to the nearest gargoyle, the goons in Arkham Knight are much more attuned to your tricks. Zipping up to the nearest high point isn’t good enough anymore, as the first thing they do is look up and track your movements. So if you’re forced to flee, make sure you grapnel around a bit to lose the pursuers.

Don’t use your Disruptor on guns, it has very limited ammo and is better served against medics, drones and ammo crates. These require upgrades in order to be able to hack, but is well worth the investment. You can use your grapnel gun on enemies with guns to immediately disarm them, then hand them a beating to knock them out. If you’re facing a group formed exclusively of armed enemies, then feel free to hack a bunch of their weapons, but the ammo crates are always better to go for, as any enemy that tries to grab a gun from them will be tasered.

When you decide to fight a group of armed guards, keep detective mode on so you can keep an eye on which goons have guns and which don’t. Armed baddies will be red, while unarmed blue. Zipping around and focusing your attention on the red guys will help minimise the potential damage you take.

Unless there is a guard which has a tracker which can lock on when you’re using detective mode, or someone is using a jammer, keep it on.

A new mechanic in Arkham Knight to help players take out multiple armed guards quickly is the new Fear multi-takedown technique, where Batman will lunge on a series of targets (up to five with upgrades) and despatch them before they have a chance to shoot at or attack him. Fear Takedowns also destroy any weapon that enemy is carrying, so make sure you focus your attention on armed guards. You cannot use Fear on the bigger enemies though.

If there are more than five enemies in one area, make sure that you’re able to deal with the rest of them quickly without taking too much damage following the Fear Takedown.

Any upgrades you unlock during your main campaign will carry over to the AR Challenges, so it’s much better to continue in the main game, upgrading your gear, before trying to achieve a high score. Giving Batman a complete arsenal of fully-upgraded gadgets will make things much easier for you.