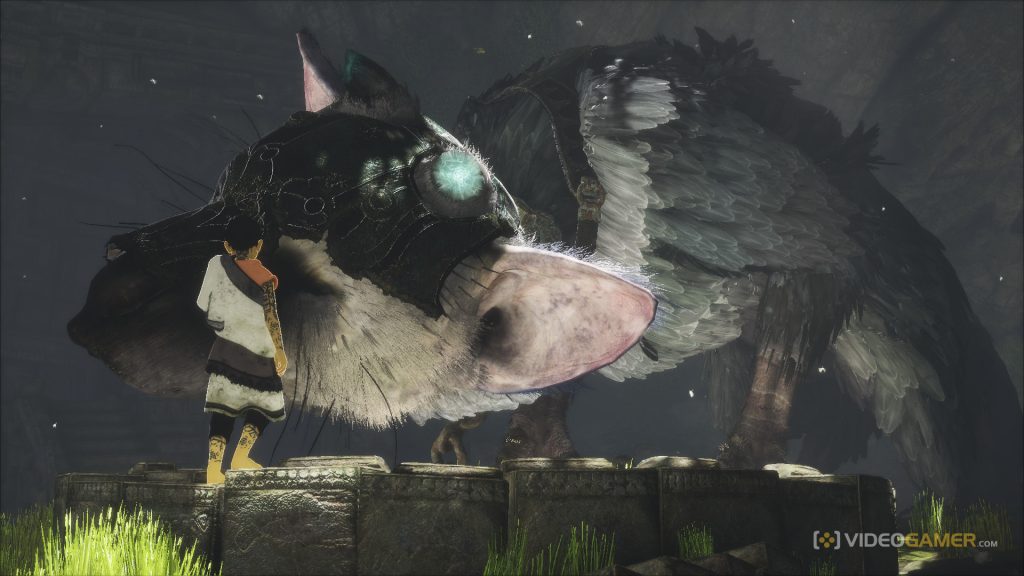 The Last Guardian: Trico loves me, and I love him. But I also hate him

I’ve shouted at Trico so many times that any onlookers might reasonably have discerned that The Last Guardian is a voice-operated game. It is not. It’s one of the most beautiful, memorable, touching, thrilling, and dramatic games ever made. But it’s perhaps also the most frustrating. Your in-game companion/multi-tool, Trico, you see, a giant mythical creature (or the Rat Dog Bird), is the best NPC I’ve ever encountered in a video game. He is amazing, emotionally nuanced, loving, brave, and a real friend. Yet for some, he might be the reason to give up on The Last Guardian.

I expect The Last Guardian to be one of the most divisive games ever released. Although easily comparable to AAA’s Ico, what with numerous brick fortresses to clamber around and an NPC to adventure with, there’s a definite echo of Shadow of the Colossus thanks to the time you’ll spend climbing up Trico – who, while not as large as that game’s most towering foes, is an imposing figure whenever you unexpectedly catch a glimpse of him. Trico feels like he’s been infused with the DNA of Agro and Yorda, making him courageous and loyal, yet also in need of a lot of guidance.

In terms of heroism, Trico nails it. He’s like an older brother, previously thought to be a bit of a dick, who shows up behind you just as you’re about to be cornered by a group of school bullies. The Last Guardian is full of incredible, heart-warming/wrenching moments, made possible by one of the most believable virtual characters ever created. A reference to Shrek 2 might not be one you expected to read here, but think back to the Holding out for a Hero scene starring Mongo, the giant gingerbread man, then imagine it reworked time and time again over the course of a perfectly sized quest, albeit with a massive Rat Dog Bird in place of the delicious oversized anthropomorphic treat. Oh Mongo, how I cried!

I love Trico, and as I found myself nearing what I presumed to be the end of The Last Guardian a sense of fear started to creep in. What was to happen to my feathered friend? A creature that won me over without ever saying a word. As with most relationships, this one required work, but unless you’re into some rather interesting stuff you’ve probably never sat on someone’s head and barked orders. Telling Trico to do things is The Last Guardian’s gameplay hook, emphasising the bond between the characters, yet it seems so haphazard at points it could kill that friendship before it has a chance to blossom.

To put it bluntly, Trico is a pain in the arse to move about. Without any direct control over his movements, you can only call him over to you or tell him to move to certain locations by acting out motions (run, jump, go down, etc). I’ve forgotten how many times I lost my shit with Trico over his disobedience or sheer stubbornness. It’s arguable that a beast like Trico shouldn’t function like a 2030 robot version of an Amazon Echo, but in the world of video games it’s not great to frustrate the player.

Over the course of The Last Guardian I found myself stumped not by what to do next, but how to get the great oaf to do what I knew he had to do, often finding the solution by doing what I had been doing repeatedly for the previous 10 minutes. It’s a little like teaching a dog to obey you, but if the dog is actually 100 alsatians (performing a tremendous feat of gymnastics) wearing a large, feathery trenchcoat. Oh, and you rely on this circus act to survive. Fun.

In truth Trico’s guidance issues are one of quite a few annoyances in The Last Guardian. The camera has some BIG problems, there are numerous glitches (I got stuck within a wall twice), character movement across obstacles isn’t nearly as smooth as it should be, and the frame rate tanked on a number of occasions. But I don’t care. It’s not so much that my love is blind (or even partially sighted). I’ll just choose this kind of in-game affection over pixel perfect gameplay mechanics every single time.

I’m sorry I said I hate you, Trico. You’re the best. 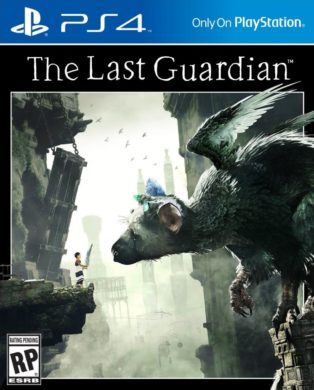