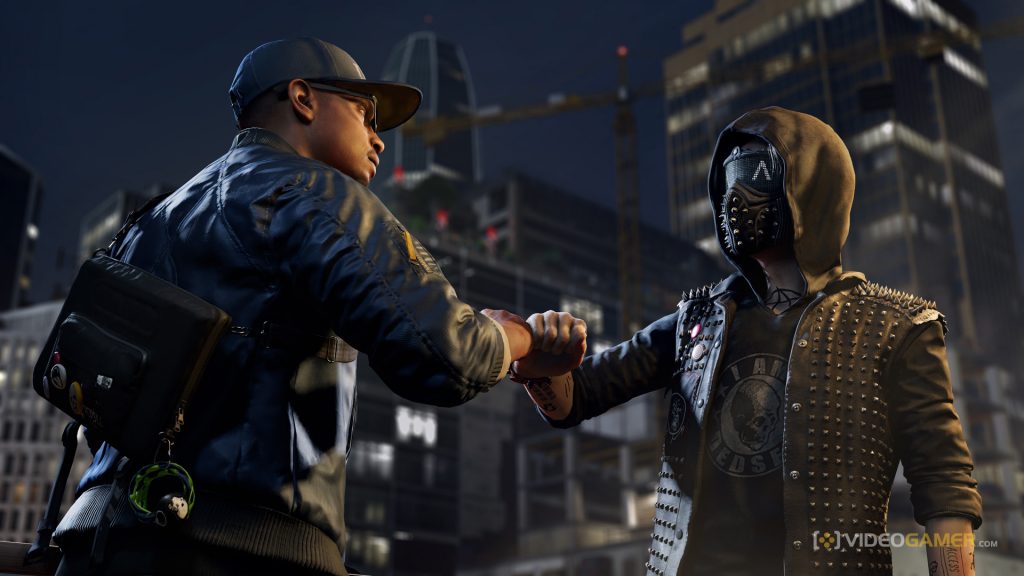 The DedSec of Watch Dogs 2 are its shining light

It’s not often that you play a game and like the characters enough that you want to hang out with them in real life, but this is now the situation I find myself in, having been plugged into Watch Dogs 2 for several continuous days. It has probably the most engaging cast of any game in my recent memory, and their youthful anger – their righteous energy blasting through the brightly coloured bay area of San Francisco – is refreshing enough to smooth over a few rough edges in the game.

DedSec, as I speculated, really are a bunch of cool nerds. They may not be able to get on the property ladder, but they’re doing their best to fuck up the rungs. The only proviso is that they have some fun in the process, which means you get to have fun too. It’s such a departure from the first Watch Dogs that Aiden Pearce’s greyscale, rainy adventure begins to fade in your memory, like how you can’t recall the taste of dry toast when you’ve just eaten a frosted cupcake. You can even find a voice memo in the nuDedSec home base which states quite clearly that they’re nothing like the old DedSec from Chicago. No, they aren’t.

They’re the wolf howl of the millennials, a bunch of totally different characters from all walks of life who’ve come together to fuck the system because it’s been fucking them. Even though they’re all gutsy self promotion, via fireworks and tagging the Golden Gate Bridge with giant posters, they’re more than aware of the social status they have. One of them, Horatio, works for the Google-esque tech giant Nudle, and wryly notes that there are only three other black people working there: “We have our own mailing list.” DedSec move through the city and observe the secret lives of everyone around them, unnoticed because they’re already on the outskirts of society.

Despite the new emphasis on fun and spectacle, one of the best moments in the story is when Wrench, the character most invested in performativity, who loves explosions and setting things on fire, and who constantly wears a mask that displays his emotions in shifting emoji symbols (the kind of thing a young dude who likes the internet and read The Watchmen would almost certainly come up with) meets the wall where it stops being a joke. He’s brought, in and violently interrogated by, the FBI, but manages to push through the wall and make the transition from hacktivist to actual activist, as many of us like to imagine we would.

Watch Dogs 2 grounds its characters in a Fun House version of the real world and lets you mess with it. You can get revenge on Martin Shkreli (via. a pharmaceutical giant who raises the price of leukemia drugs and wants to exclusively buy a famous rapper’s new album), on rich kids from posh schools (by helping a team of Oakland students win a go-kart race), and on radical politicians (taking down the campaign of Mark Thruss, a corrupt politician who wants to ‘make the bay area great again’).

It may not be as polished as Grand Theft Auto, but Watch Dogs 2 certainly feels more relatable (albeit it probably not to baby boomers). It’s present in DedSec, these bright young things who care deeply for each other and without prejudices – see the unquestioning camaraderie with which they treat Josh ‘Hawt Sauce’ Sauchak, who has high functioning autism, or how they walk into danger for one another without a second thought simply because “when one of us needs something, we get it.” It’s an ideal, but an ideal that appeals to a lot of people. DedSec are fun, silly, stupid, loud – but they’re angry, and they’re dangerous.