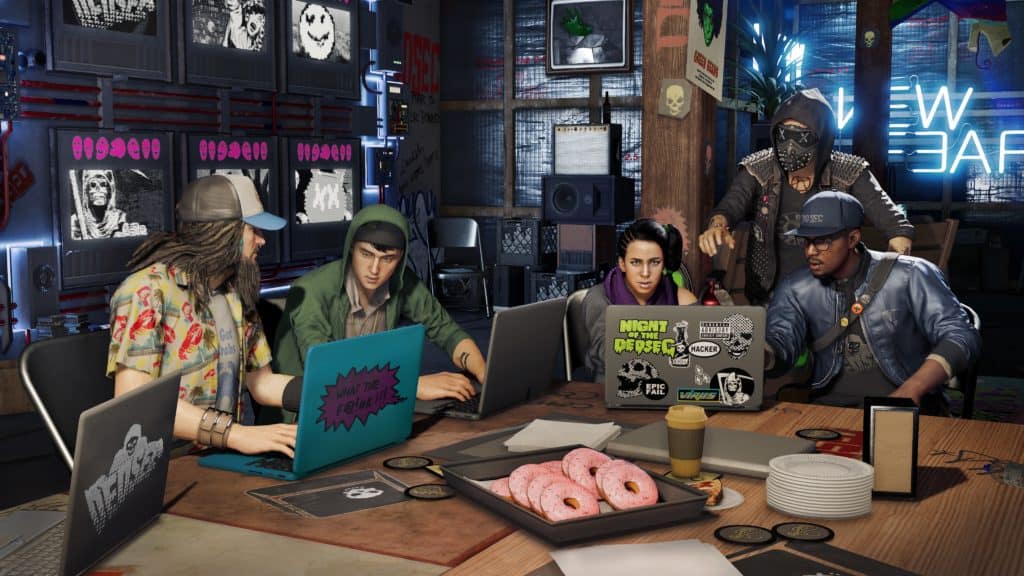 Watch Dogs 2 has launched without full multiplayer functionality. While you can invite friends to play co-op, the seamless multiplayer caused enough lag issues that mean it’s down until Ubisoft are able to patch the problem – something they currently hope to fix by this weekend. While there is no denying this is a serious issue for a launch, the vast majority of the game is unaffected, and we were able to play some multiplayer before it was pulled. We do not believe the score would be affected in either direction.

Watch Dogs 2’s big open world in a thoroughly modern city is drawing comparisons with GTAV, but that isn’t necessarily where the similarities end. Like GTA, Watch Dogs 2 takes a hard run at satire, taking on real life stories and people in some subtle (and some not so subtle ways) in its own style.

Alice put together some of the best of the real world in Watch Dogs 2 to give you a taste of what’s going on around the bay area.

One of the things that makes Watch Dogs 2 so different from the original is that, rather than hanging the game from someone like Aiden Pearce, a man with all the winning personality of a broken kettle, Ubisoft have given us the San Francisco DedSec. They’re a bunch of young, vibrant different people who hang out together and taken on the system in their spare time.

Read all about why DedSec are the shining light of Watch Dogs 2.

Watch Dogs 2 is missing a bit of refinement, and has had issues with multiplayer, but joining DedSec is still a riot and a half. It's high energy fun with engaging characters, and you can make an entire city your playground.
8 Improved hacking mechanics make gameplay varied Great open world in the bay area Refreshingly fun, with great characters and single player Some slightly unpolished elements