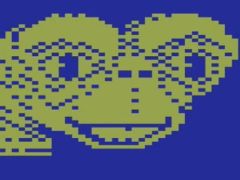 No Man’s Sky, old games, and why day one patches aren’t all bad

No Man’s Sky is out today (if you’re in the US), and it’s causing quite the controversy when it comes to day one patches. Necessary evil, or just evil? There are plenty of arguments against them, but online patching is (when used correctly) a beautiful thing. Just ask the owners of these old games, who either had to junk their copies, order updated versions, or find other workarounds when things went badly wrong.

Where better to begin than with Battlecruiser 3000AD, a game which was nearly as ambitious as No Man’s Sky. Battlecruiser was combative indie developer Derek Smart’s first title, and it was to be the greatest thing ever made, until it wasn’t. After years of development and hype, Battlecruiser made its bow in 1996 and got savaged in the press, spawning this, one of the most brutal critical appraisals in the history of games journalism. For all its promises of being able to hop around the universe at your leisure (sound familiar?) Battlecruiser was a broken mess where nothing worked as it should and the things that did were crap anyway.

Perhaps the only thing Battlecruiser 3000AD is famous for now (in the UK, at least) is the magazine ads for it, featuring lads mag icon Jo Guest. Smart did eventually release another, updated version with fixes, and for free, but that was years later. Could have really done with a day one patch, is what I’m saying.

I like to think that this one is less a bug and more of a feature. I mean, surely the programmers wouldn’t release a game called Impossible Mission and make it literally impossible to complete the mission, unless they were doing it on purpose? Come on. Think about it.

Regardless, the 7800 version of Impossible Mission was just that: some of the terminals you use to acquire the key items just didn’t work, and as such the game itself couldn’t be completed. Which, in hindsight, is just fucking brilliant. At the time, however, I can see why it may have caused a few complaints here and there.

Good old ET: there is no crime against gaming that it has (allegedly) not committed. Now probably more famous for ending up as landfill, there was a time when people actually bought this thing, from which you can extrapolate that they were probably excited for it, or had a kid who was.

Imagine the disappointment, then, when it came out and was absolutely, insanely, catastrophically, galactically toilet. One of the worst elements was the game’s wells, which you needed to get into to find bits of space telephone. Sadly, it was also just as easy to accidentally fall into these wells, thanks to the game’s perspective and collision systems, and getting out of them wasn’t particularly easy. Which is a bit of a problem, and not at all representative of the film, unless those pits are a metaphor for Drew Barrymore’s future problem with drugs, which – let’s face it – they probably aren’t.

Anyway, someone seems to have fixed the game now: if only the technology existed at the time to give the game a day one patch.

So far this list has comprised of some all-time, top ten, honest-to-goodness great examples of Broken Games. Soulcalibur III, however, goes far beyond even that, managing to be so broken that not only does it seriously impact the player’s ability to, er, play it, but also does the same to every other game they’re playing at that moment.

That’s right: Soulcalibur III corrupted both its own save data on the memory card (remember those?) as well as those of other, unrelated games, which is both terrible and weirdly impressive. All that just to see some PS2-era boobs. Shocking.

Thought it couldn’t get worse than the previous entry? Wrong. Soulcalibur is the LA Takedown to Myth 2’s Heat: all the central ideas are there, but everything else isn’t anywhere near close to the latter’s scope, its stunning execution, its emotional kick. Soulcalibur corrupted your data: Myth 2 deleted your entire hard drive.

Granted, you had to do a bit of work to make this happen. The uninstaller would delete the directory you put the game in when installing it: fine, if you used the default (C:/ProgramFiles/MythII), not so fine if you installed it on the root of the drive. Which, inevitably, some people actually did. While the game itself was fine, Myth sneaks onto this list because, well, you can’t really play it once it’s killed everything on your hard drive. For a while, at least.

As a kid the only version of Doom I could play was this one, and let me tell you: it was awesome. Yeah, the floors and ceilings didn’t have any texture mapping. And the enemies couldn’t turn around, meaning they couldn’t fight each other. And the whole game was windowed (at least it was a black border, rather than the ghastly nonsense that framed the 32X version). And yes, it ran like this:

But, to 11-year old me at least, it was Doom, a game I’d heard so much about but had never been able to actually play. I loved it, but for years I couldn’t work out why the game wouldn’t let me progress past the first chapter. After defeating the Barons of Hell you hop into the teleporter and are immediately killed, as in the PC version. But rather than let you continue to the next chapter, it would restart the stage.

OK so this isn’t actually a bug. Instead, it’s a feature which appears to be a bug: the game would only let you play the later levels at progressively harder difficulties, and I was under the threshold. Not that it says that in-game, of course, and for about a year I thought there must be some way to kill all the enemies and progress: sure, I could just start that next chapter via the menu screen, but only at certain difficulties, and SNES Doom’s limitations already meant the deck was stacked against the player: there was no in-game saving, and it controlled like you were piloting a cow. Probably a case of RTFM, but I don’t care: it’s going in.