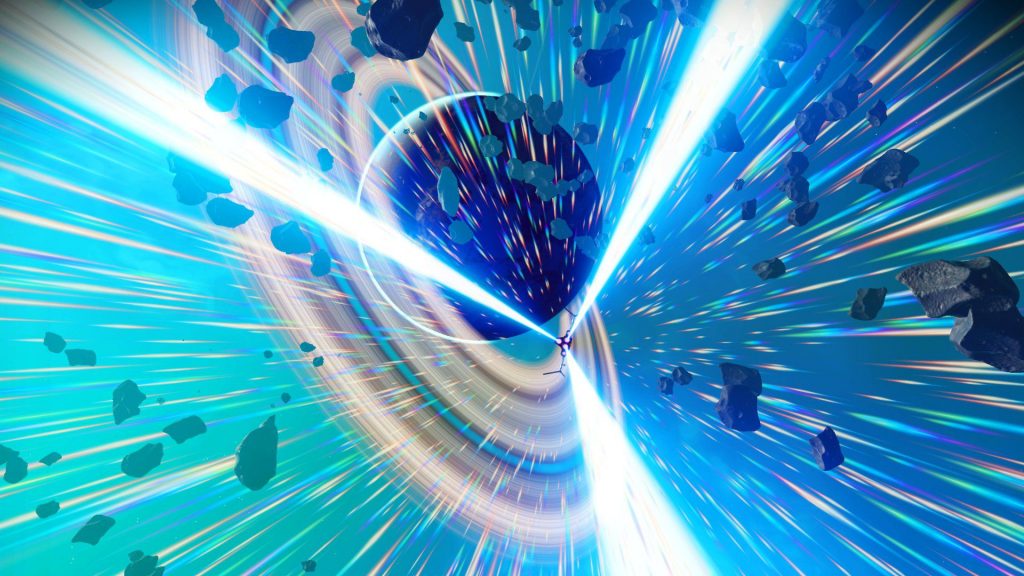 I like Sean Murray. He has the lank frame, pleasantly untidy hair, and affable ease of Shaggy from Scooby Doo. To see Murray’s eyes widen, his mouth loosen to an unguarded grin, all one needed to do was dangle, not scooby snacks, but the topic of his passion: No Man’s Sky. Despite hearing him promise things he shouldn’t have, it was still heartbreaking to watch him bound into the lair of monsters wearing masks of internet cruelty.

Recently, Hello Games released an update for No Man's Sky, called Next. It adds a crop of features to the core experience, but feels more like a course of medication than it does DLC – the game not so much improving as convalescing. The added features – joint base-building, full third-person camera, frigate fleets – have been met well, and the prevailing sentiment seems to be that Next makes No Man's Sky the game it should have been at launch. All of which prompts a reasonable question: why not delay the game, and deliver the better experience at a later date?

That question betrays a wistful surge in me, a lava flow of squalling sentiment rising from the vague depths of what once was. But was it ever that way? My instinct is to think back to a time where a game's plastic box was a hallowed casket – both a definitive end to its development and, if said game wasn’t up to snuff, a portent of its burial. Nowadays, that’s not the case, and it cuts both ways: reviving games that were dead-on-arrival is a blessed thing, but allowing development to spill over the release date is like selling IOUs – and sometimes, these are torn up before you can claim. 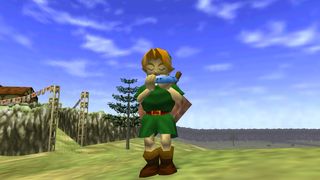 In truth, this marvellous time I'm imagining, when things ‘just worked’ – and to which the musty smell of gaming booklets whisks me like a Madeleine cake – didn't exist. The cake is a lie (my sincere apologies). There have always been post-release tweaks; only, rather like a newspaper issuing a retraction, the improvements were printed on the physical – disks or cartridges re-released with superior versions. Not only was there no time in which games 'just worked,’ but my youth was steeped in the golden age of glitches.

The Legend of Zelda: Ocarina of Time harboured one of the era's iconic glitches: Swordless Link. It saw its hero without his Master Sword for the fateful confrontation with Ganondorf. Not only this, but it wound the coils of code like spaghetti round a fork; there were 32 glitches knotted in, with Link able to use weapons while on Epona, and the player able to play the entire game in first-person. There was the playground legend of MissingNo in Pokémon Red and Blue. That scrambled crochet pattern of squares gave players the ability to cheat the system and duplicate items on their person. There was the minus world in Super Mario Bros. for the NES, hiding behind a wall and accessed like an apparition. All of this, encased in sacred silicon.

This isn't to say there aren't annoyances as tangible as a stubbed toe in 2018, annoyances we didn’t use to have. Gone are the days of the homeward hurry with a shrink-wrapped game under the arm; now, if I venture from the house at all to buy a game, I trudge home in the knowledge that I'll have to set it going. It'll be hours of installs, version updates, and day one patches (which still sounds to me like the first tedious step of a drug treatment program) before I play the thing. This is what aggravates the nostalgic itch, the misleading memories. 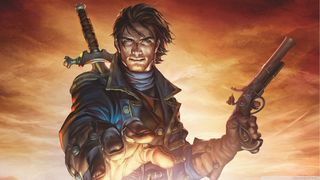 The mainspring of these modern irritations is complexity. As games have gotten more complicated – serried legions of pixels marching on our optic nerves, faces bearing the chill of the photoreal, entire galaxies rendered for the claiming – up spring the difficulties of development, and with them come the problems, and over them go the patches. It seems this complexity swells the appetites of developers; Murray, and Peter Molyneux before him, have been haunted by the twinkling in their eye, and dogged by the opening of their mouths. For dreamers like these, the only thing they know of deadlines is the great whoosh of them flying by.

Why not just release a game when it's ready? And if it isn’t ready, why not just delay it? Delaying a game, the flashbulb solution arrived at through the misguided logic of longing, is often no solution at all. Let's cast our minds back to Duke Nukem Forever, a game whose title seems a mordant mockery of its time spent delayed. First announced in 1997, developer 3D Realms famously said the game would be ready 'when it's done.' When it finally released, 14 years later, We described it as, 'One of the most lacking, uninspired, and outright inadequate games of our times.' But that’s just it: it wasn't of our times, even then; it was as if it had been developed with the assistance of cryogenics, arriving in 2011 seemingly fresh from 1997.

Even the games most dear to me haven't escaped the burning touch of time after having spent too long in the oven. Fumito Ueda is transfixed with islands: crumbling castles of alabaster atop forbidden lands whipped by the waves. The Last Guardian was in development for nine years, and when it released there was an air of Ueda’s islands about it. Girdled with an ocean of time, undergirded with ageing architecture – that of the PlayStation 3 – and requiring of coordination and dexterity to operate the ancient machinery of the game's camera. 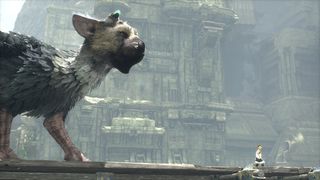 The reason delays aren't necessarily a help is buried in the inclination of the creator; if you extend my deadline, bugger me if I don't find all sorts of things wrong with what I thought was finished. (For this reason, I can't bear to look over old published work, lest I find something amiss with it, and I can't muster the talent of Murray, Molyneux, or Ueda, nor imagine their pain at spotting past errors.)

This renovation of games gone by has the feel of a conversation to it between creator and player, and it may just be catching on. Recent news of Drake's new album, Scorpion, being patched after its release brought a smile to my face not dissimilar to Murray's when talking about No Man's Sky. Imagine if Drake could speak, across a 21-year gulf, to Guns N' Roses; he could assure them that they need not spend 11 years recording Chinese Democracy. They could simply get it out the door, see what people thought, and then set about reworking it! (I can't help but wonder if David Fincher heard this news, and longed for the power to mend Alien 3 – which, despite the suturing of the Assembly Cut, still has the acid burns of 20th Century Fox's interference.)

Perhaps, going back 500 years, if Leonardo da Vinci could, whether he would patch up the matter of the Mona Lisa and her enigmatic smile. It was he, after all, that said, 'Art is never finished, only abandoned.' Perhaps, then, we should be thankful for our modern inclination to reclaim it. 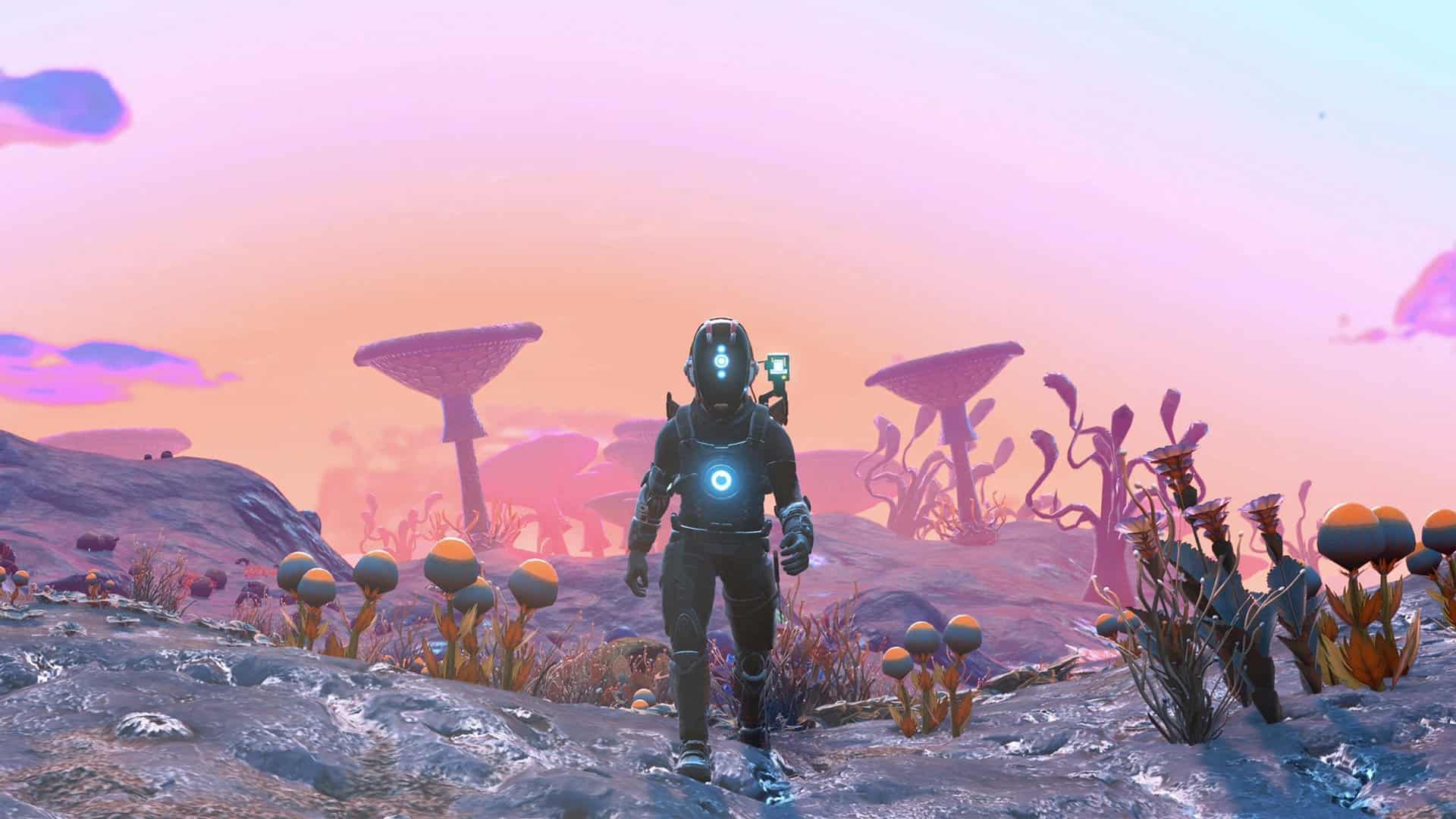 No Man’s Sky breaks bad with its new Outlaws update, out now