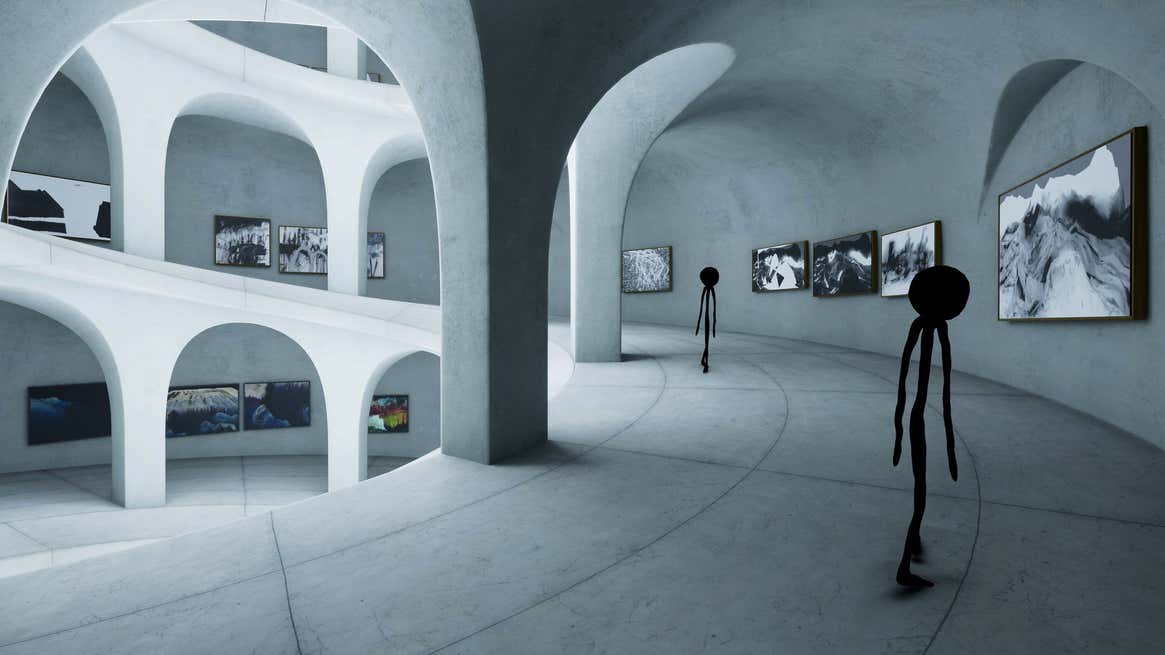 The strangely titled Kid A Mnesia Exhibition is an interactive art installation, furnished with the writing, recordings, and highly pressurised gloom of two albums, Kid A (2000) and Amnesiac (2001), from the English rock band Radiohead. And we should be thankful. Not only because it is free, on PlayStation 5 and PC, but because this marks the third attempt at building such an exhibition. The band’s lead singer, Thom Yorke, first wanted a physical space—welded from shipping containers and resembling a “brutalist spacecraft” and an “ice pick”—but it wouldn’t fit in the Victoria & Albert Museum. Next, Westminster council had a problem with his plan to make it “look as if it had crashed into the side of the Royal Albert Hall.” Now it has found a good home, especially on the PS5, which already looks as if a brutalist spacecraft had crashed onto your coffee table.

Yorke, writing on the PlayStation Blog, hymns the virtues of the virtual: “It would be way better if it didn’t actually exist. Because then it didn’t have to conform to any normal rules of an exhibition. Or reality.” True enough, we begin Kid A Mnesia Exhibition with a short walk through a wood—an opportunity denied to visitors of, say, the Louvre. The trees are scratchily conjured in the style of Stanley Donwood, who, in collaboration with Yorke, produced a wealth of artwork for the two albums (some of which was collected in the cheery volume “Dead Children Playing”). Looking at the gnarled and scribbled boughs, I was reminded of Mundaun, whose horrors were sketched out and scanned onto a faded plane. The effect there was one of immediacy—as though every fright had flared up in the head of its creator, Michel Ziegler, only seconds before it was worried onto the page and piped into the game. Here the work, though freshly displayed, feels cold, and that may be the point.

We are gazing (in first-person, with a zoom feature, and the ability to break into a brisk jog) at art that is two decades old—made, as we are informed by the description on the PlayStation Store, “as the millenium loomed.” And much remains of that looming. These two albums (recorded during the same sessions and originally intended as a double release) are both locked in an uneasy digital air. As we move through each space, songs—or scraps of songs, sliced and looping—play from both, and the mood is pierced by a sense of impending trouble. The most striking thing about Kid A Mnesia Exhibition is the feeling, humming through its airy halls, that twenty years has done little to dissuade us of that trouble; it continues to impend, never breaking apocalyptically loose nor dwindling into a memory. 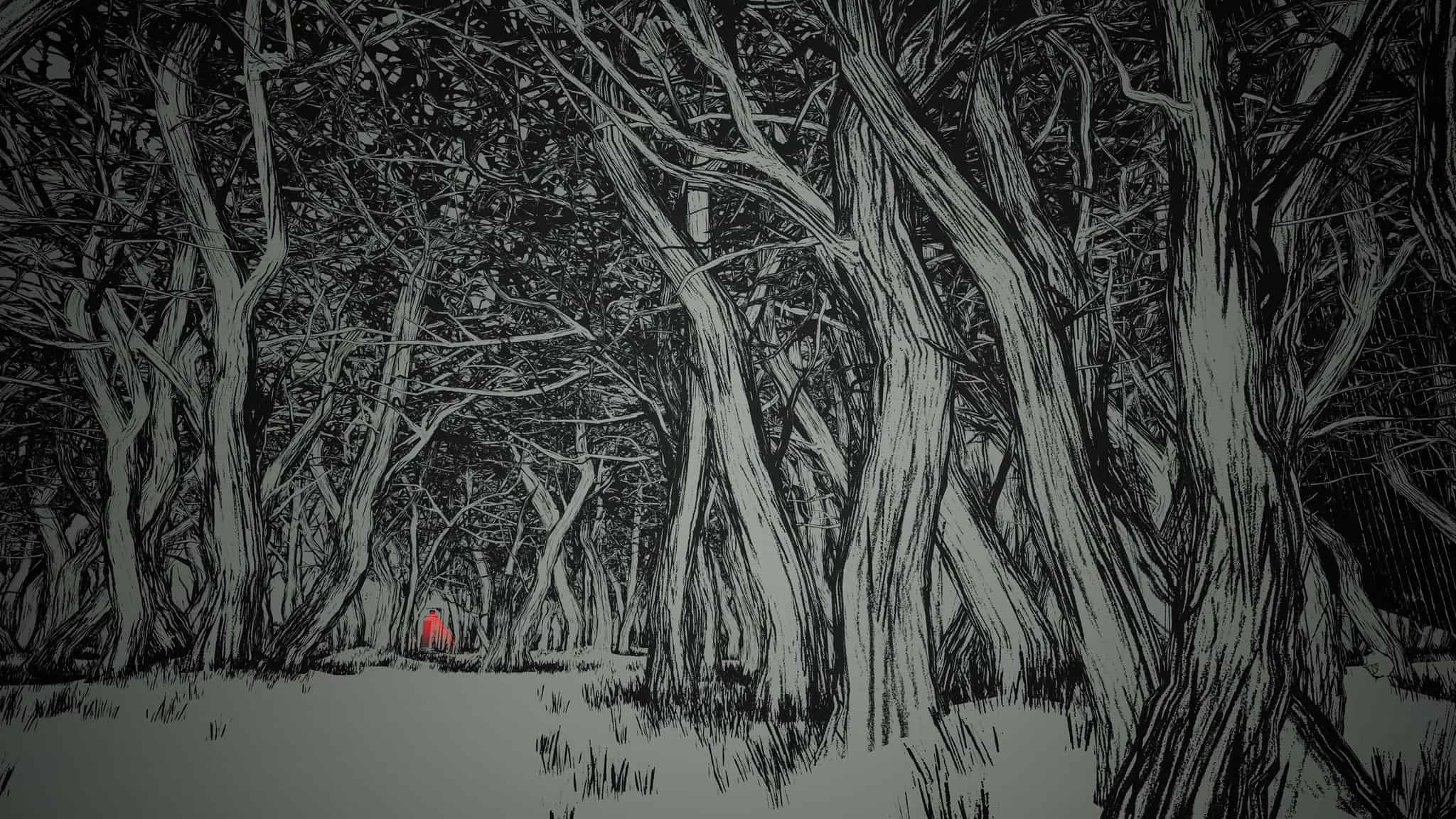 Why should this be the case? It has something to do, I think, with the setting. In an interview with Rolling Stone at the time, Ed O’Brien, a guitarist in Radiohead, claimed, “You couldn’t do Kid A live and be true to the record,” adding, “You would have to do it like an art installation.” The reason for such disparity between the album, as it was vacuum sealed onto CDs, and the live shows, according to O’Brien, was simple: “When we played live, we put the human element back into it.” No danger of that here. True, there are videos of the band’s various performances, hidden in small projection rooms. But the strongest presence in Kid A Mnesia Exhibition is far from human.

The little demons that capered and cried through Donwood’s landscapes are here, wrought from paper, with eyes and fangs of ink. One of the most touching moments came when, as I watched a performance of “Idioteque”—a lonely spectacle, with Yorke yelping in a cage of blue-green light—I looked to my right and found an imp staring up at me with a knowing grimace. Elsewhere, there is a minotaur patrolling an oblivion of orange, and a room lined with sheets of paper that billow as if clawed by an anxious breeze. One chamber contains a prism of cloudy yellow, like a tank of dirty honey, which you can step into; when you do, the driving bassline of “The National Anthem” comes droning through the ooze.

Does Kid A Mnesia Exhibition represent the ideal arrangement for these two fretful works? Whether, in its very nature as an installation, it is, as O’Brien had it, true to the record I can’t say; while exploring, I was met not by the feeling of completion—of everything, after all this time, being in its right place—but of play, which is perhaps better news. And credit must go to the developers, Arbitrarily Good Productions and Namethemachine, for keeping our collaboration in mind. Special note must be made of the sequence wherein, as we stare at one of Donwood’s paintings, it begins to fray and fizz outwards in a shower of particles, as “How to Disappear Completely” fades in on the soundtrack. The real coup, however, is the building itself. Fool that I am, when I read, on the game’s listing, that it was “stretching the idea of what an exhibition is to breaking point,” I didn’t realise it was meant literally. 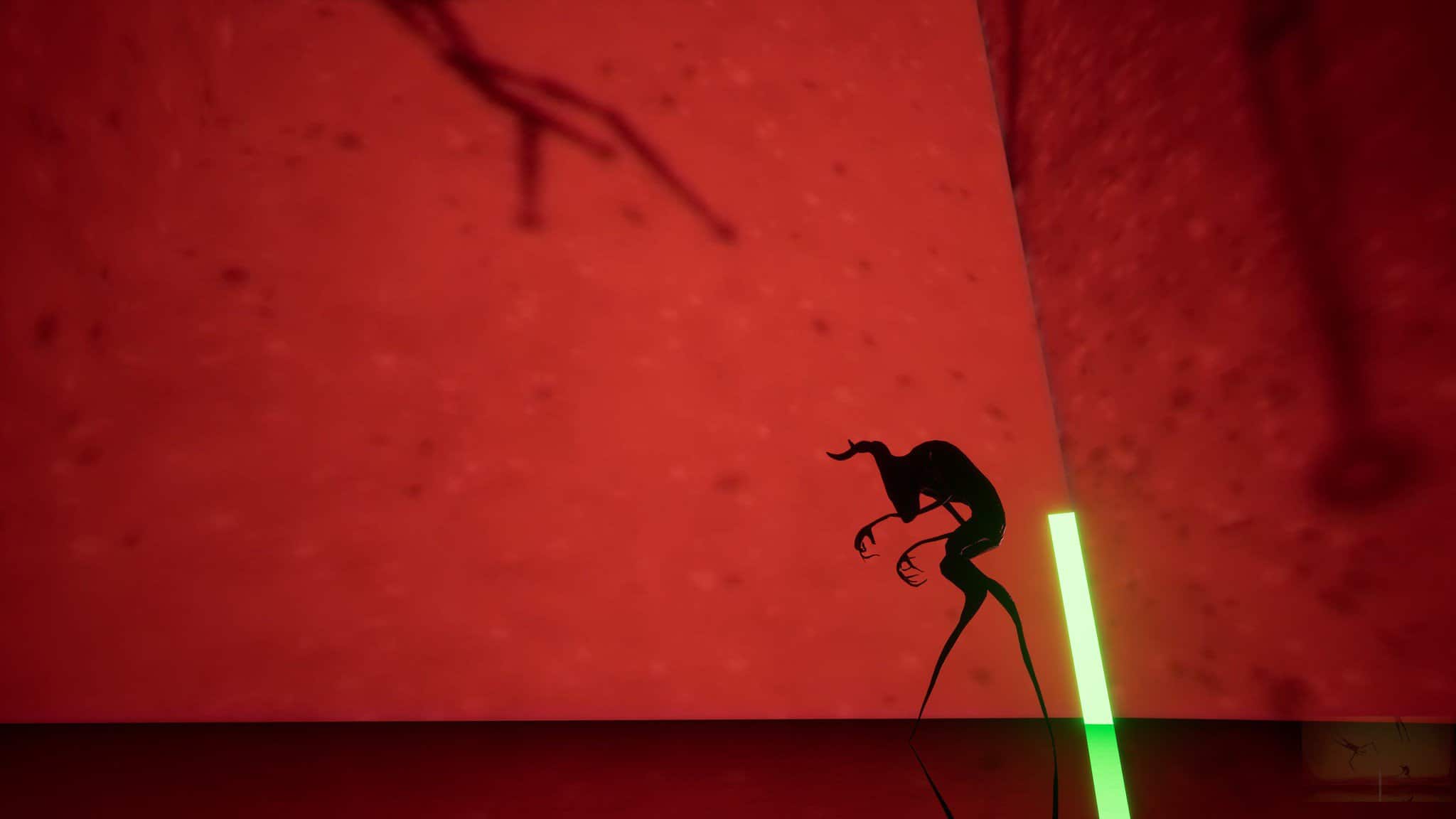 Weeds sprout through floor grates, concrete walls are riven with cracks, while lonely stick figures hammer at the pipework. A debt is owed to Carl Burton’s Islands: Non-Places, from 2016, which gave us a string of liminal areas—a waiting room, an escalator, and so forth—and teased out their oddity with surreal touches. (One passage featured a hotel lobby, into which was poured the sounds of rain and birdsong, and part of me has never quite checked out.) But where Burton’s eye was focussed on the world, on the oddity of the overlooked realms around us, Kid A Mnesia Exhibition is more interested in the non-places within. Or at least within Thom Yorke. And yet, its strength may lie in its power to coax in people who have little or no connection to these albums, or to Radiohead. Writing about Kid A, Nick Hornby argued that “it relies heavily on our passionate interest in every twist and turn of the band’s career, no matter how trivial or pretentious.” Kid A Mnesia Exhibition, in its shedding of the human element, shares less of that reliance, and its most powerful parts are the ones in which you lose sight of the context and come unmoored. In other words, it offers escape—the chance, however fleeting, to disappear completely. 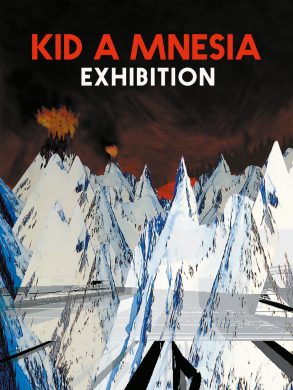 Kid A Mnesia Exhibition is an interactive art installation, furnished with the…

Kid A Mnesia Exhibition is an interactive art installation, furnished with the…