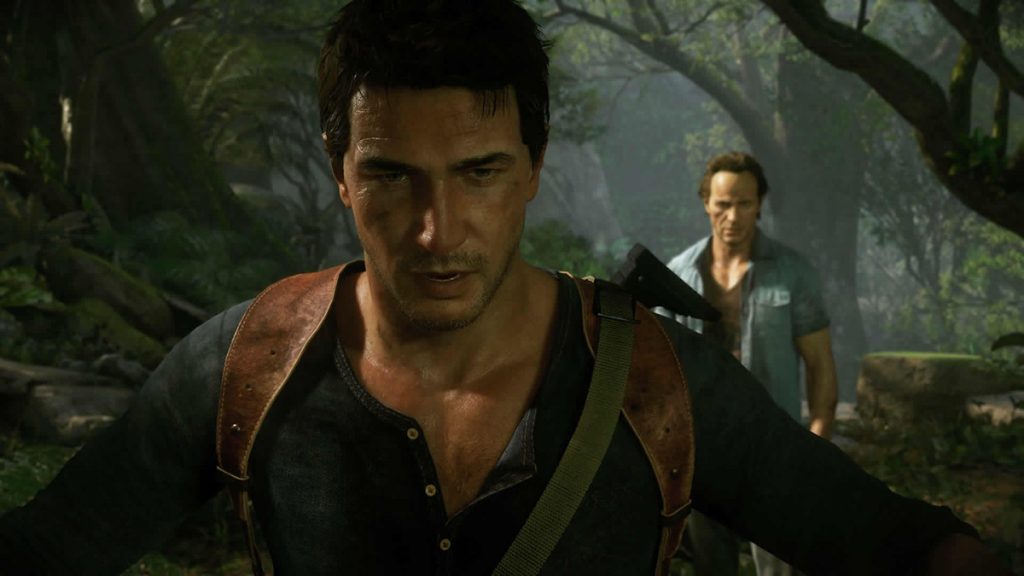 How Uncharted 4 is basically The Goonies

Contains spoilers for both Uncharted 4 and The Goonies, a film which came out over 30 years ago.

Last year I wrote about how Uncharted 4 is the best Uncharted ever, and included a throwaway joke about how I could write an entire article about how similar it is to ‘beloved Sean Astin biopic’ The Goonies. Describing The Goonies as a Sean Astin biopic being the greatest joke I will ever make aside, I said it as if it was a hilarious notion that would never actually come to pass, but guess who rewatched The Goonies recently and is doubling down.

It’s not a joke this time, either. The similarities are strong enough that I feel comfortable saying that The Goonies was a formative influence on at least one of the writers. It’s an ironclad assumption for any project, really, given that The Goonies seems to be so timeless that it’s discovered all over again by every successive generation. July 7 was even declared Goonies Day in Astoria, the Oregon town where it’s set. So let us examine Uncharted 4 in relation to The Goonies.

Uncharted 4 isn’t a shot for shot remake, of course. The Drake brothers’ crew isn’t a rag tag bunch of charming kids, and actually for a lot of the game it’s a group of two (e.g. Nate and Sam or Nate and Elena). Nate’s pals kind of circle in and out of his life, the exceptions being Sully and Elena, whereas Mikey Walsh and The Goonies all grew up together. Neither are Nate and Sam chased by a family of criminals, or rescued by said family’s younger brother who was kept chained in a basement. But otherwise there are some surprisingly direct parallels, to the extent Uncharted 4 is basically The Goonies but with 20 hours of padding, more set pieces, and less Corey Feldman (though Mouth’s presence in Uncharted 4 is arguably channeled in how much wisecracking the Drake brothers are wont to do).

Both the Goonies and Drakes are chasing the long lost treasure of a successful pirate captain: that of One-Eyed Willy and Henry Avery, respectively. Both pirates evaded the authorities — Avery in albeit more spectacular style, building an entire town and then a village of mansions for his best mates that he secretly hated — and both set up an intricate system of tunnels full of deadly traps and puzzles (exploding mummies optional) before a pair of enterprising brothers and their mates could even reach an old timey ship loaded with treasure.

Mikey discovers Willy’s skeleton on his ship The Inferno, sitting around a table of dead pirates who got trapped in the cave with him and apparently all stabbed each other to a standstill over the treasure (it’s even said that Willy killed all his men after they dug the tunnels so they wouldn’t be able to get to his treasure). Similarly, Avery poisoned all his pirate captain besties, leaving a horrible dinner table for Nate Drake to discover, and ran off to his ship where he and his friend Thomas Tew also stabbed each other to a standstill over the treasure. Both pirates went to the trouble of rigging traps even on the ships, with One-Eyed Willy’s sending The Inferno sailing out into the ocean, ne’er to be seen again, and Avery going for the ‘burn the motherfucker to the ground’ option.

The finales for both the movie and the game adaptation that is Uncharted 4 take place on these ships, with the two groups facing off against the enemies that have been chasing them for the majority of the story. The stakes end up being their lives vs. the treasure as everything is literally collapsing around them.

We had our hands on the future, but we gave it up just to save our own lives

While Mikey Walsh is the lead Goony in The Goonies and Sam is more of a second fiddle to his younger brother Nate in Uncharted 4, they both fulfill a similar role in the narrative: chasing after the treasure and amping up their brother to do the same. Both Mikey and Sam eventually have to let the treasure go because they and basically everyone around them is in danger of actually dying, and both function as the younger, dreamier brother who’s more susceptible to the glory of treasure hunting. We can fudge this with Sam because, even though he’s the older brother in terms of which one of them was born first, he’s been languishing in a prison for years and, as I discussed at length, is in a state of arrested development in Uncharted 4, which makes Sam the younger brother in all the ways that really count.

Leading man Nathan ‘Nate’ Drake, meanwhile, fits neatly into the shoes of Brandon ‘Brand’ Walsh, Mikey’s older brother who only gets into the hunt for One-Eyed Willy’s treasure because he’s chasing after Mikey, and eventually gets caught up in the excitement. In Uncharted 4 Sam lies to Nate, saying that his life is in danger and they need to find Henry Avery’s treasure or he’ll be killed, but Nate eventually forgets this and even forgives Sam when it turns out to be made up, continuing on the search regardless. Along the way Nate swings between excitement at all the piratey puzzles and hidden buildings they find, and worry that Sam is going to get them all killed for basically no reason. So, almost exactly Brand.

Both stories deal with the idea of having one last adventure before the opportunity is lost. One of the most iconic scenes in The Goonies is when they have the chance to escape by being lifted out of a well, but Mikey convinces them all to keep going: ‘It’s their time up there. Down here it’s our time, it’s our time down here!’

From Sam’s point of view, the quest for Avery’s treasure is ‘their’ time, because he never got to finish the adventure with Nate before he was put into prison, and finding it becomes his highest priority, even through the repeated near death experiences where he and his brother and his brother’s wife and his brother’s father figure were all shot at with big guns. And Mikey, too, either fails to grasp or doesn’t care about the real danger the Goonies are in. When he’s reunited with his parents he apologises to his father, saying, ‘We had our hands on the future, but we gave it up just to save our own lives.’

In the end, both Sam and Mikey manage to swipe enough of the treasure that they secure their future as young at heart adventurers, at least for a little while. There is, in fact, a short exchange between Mikey and Brand in The Goonies that struck me as summarising basically the entire plot of Uncharted 4:

‘What about the treasure?’

‘Mikey, what about our lives?’ 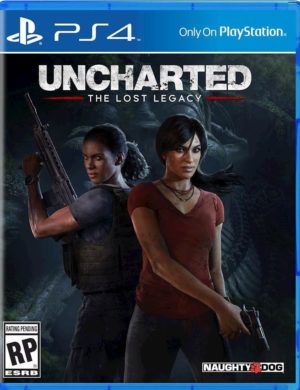