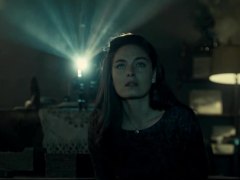 Five reasons why The Man in the High Castle is a massive disappointment, so far

Amazon’s original show, The Man in the High Castle, has widely been lauded as one of the best new programmes of 2015. Based on the Philip K. Dick novel of the same name, the basic premise is that Imperial Japan and Nazi Germany won World War 2, and proceeded to rule over what was the United States. Picking up in 1962, the show depicts this alternate reality but things might not be exactly as they seem when films showing a different end to the war are found.

It’s an intriguing concept, but for me (six episodes in) the production has been severely let down by a string of issues. Here’s five reasons why The Man in the High Castle is a massive disappointment, so far. There will be some spoilers, so proceed with caution.

To be fair, this mostly applies to lead character, Juliana Crain, but she frequently behaves in incredibly odd ways and doesn’t seem capable of displaying the correct emotion for the situations she finds herself in. It doesn’t help that there’s almost no backstory given to anyone and Juliana looks like she’s been dropped in from Downton Abbey and can’t work out where her servants have all disappeared to. She also can’t seem to stay in one place for a normal amount of time. Every time she visits her parents she has a reason to leave after about a minute, and she gets a job at a diner only to up and leave in what feels like a day.

Every time the other main character, Joe, is on screen it’s like looking into the abyss. He’s meant to be a troubled undercover Nazi, attempting to infiltrate the resistance (a resistance built around secret film reels), but his face screams bit-part role in Dawson’s Creek, taken to pay some bills and afford pizza. No matter which side he’s thinking about being on, his face is blander than a chicken korma.

Why does so much time get spent on so little?

Honestly, I’m sure the five episodes I’ve watched could have been condensed into two. There are so many scenes where people just talk to each other for no reason other than to remind the viewer they exist and to fill time. Pretty much every scene inside an official building serves no purpose, other than occasionally making the Nazis look a bit mean. To be fair, when Rufus Sewell’s Obergruppenführer is on the screen the whole programme goes up a notch, but even he seems to be asking the same questions over and over again, giving the questionee the sense that there are no correct answers.

It’s not until episode six that things get interesting, mainly thanks to Sewell managing to look like the scariest headmaster of all time while also trying to be your friend. All the main characters actually do something, which makes a nice change.

What is the Japanese trade minister actually doing?

I think Trade minister, Nobusuke Tagomi, is concerned about what will happen when Hitler dies. The Führer is very ill and the thought is that Germany will go to war against Japan when he is succeeded. This plays out with strange conversations between Tagomi and a Reich Counter-Intelligence Captain posing as a Swedish industrialist. They are trying to pass something to a Japanese General in order to warn of a German attack, but go about is as if they were school kids attempting to pass a note to a girl they fancy without the teacher seeing. Tagomi also spends far too much screen time looking worried. I get it. Why don’t you do something about it rather than pretending to be secret spies?

The man from Road Trip seems to care too much

DJ Qualls, who played Kyle in classic turn of the Millennium teen comedy Road Trip, stars in The Man in the High Castle as Ed McCarthy. His role is pretty much ‘friend of Frank’ – Frank being Juliana’s boyfriend. The show does little to make you think Frank and Ed are anything more than work friends, yet as soon as things start to go wrong, it’s Ed that seems to care more than anyone else. He constantly turns up at Frank’s apartment to talk him out of doing things, has a go at him while at work, and even turns up to a funeral, yet I don’t care because his existence outside of this ‘friend from work role’ is paper thin.

So much stupid shit happens

The whole show is built around mysterious film reels seemingly showing the Nazis losing World War 2. It’s said many times by characters that these films are ‘made’ by the unseen Man in the High Castle, yet the characters believe they can somehow change the world for the better. They talk about the films showing how the world could be better, but give no reasons why they can help bring about any change. If they explained how, a lot of what the characters get up to would be a lot easier to accept.

Why did Juliana turn herself in to the Japanese, despite knowing they’d killed Frank’s family and almost killed him because of her? What good was she trying to do? There’s no long term pay off here as far as I can see.

Juliana then attempts to get a job in a Japanese government building a day or so after she had been violently interrogated by the Japanese. Presumably someone would have spoken to someone else and put her on a list or something. But no – after a soldier shows some sign of stopping her from entering the building, she’s waved in. I can understand wanting to get a job in order to gain intelligence, but there’s no way she’d have been allowed to step foot in the building.

There’s a marshal so out of sync with the rest of the show tonally that he stands out as a bit of a joke. I enjoyed his short stay as he injected some much needed life into proceedings, but his threat is seriously diminished by the leads refusing to kill him on a handful of occasions, only to let him come after them again and again.