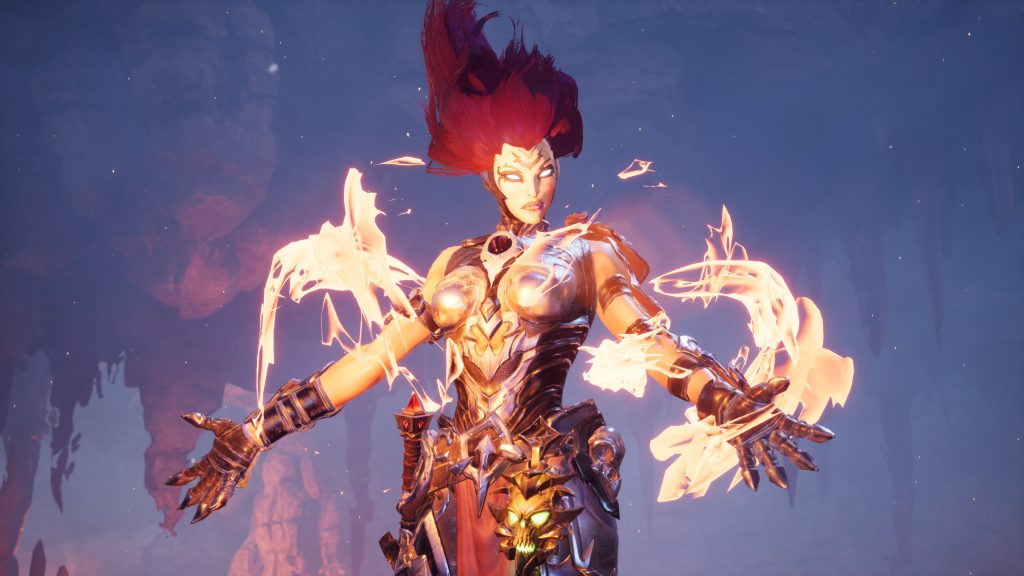 It’s been six years, but Darksiders is finally set to make a comeback this autumn in the shape of the Fury-fronted Darksiders 3. Developed by US code house Gunfire Games, the hack-’n-slash sequel pits the whip-wielding heroine against the Seven Deadly Sins. Monsters embodying the capital vices have taken up residence on a war-torn Earth, in events that take place parallel to Darksiders 2.

VideoGamer recently had the chance to go hands-on with a preview build of Darksiders 3 to see how it’s shaping up; you can see Josh have a crack in our video below, and read his words on the game here.

Meanwhile, I sat down with THQ Nordic product development director Reinhard Pollice, who joined Nordic Games back in 2011 prior to the acquisition of THQ, for a chinwag about the third instalment in the action-adventure franchise. 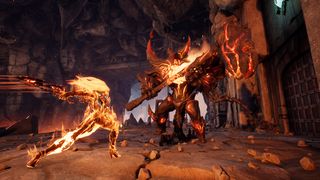 One of the interesting things that Pollice had previously said to GI.biz is that a number of high-profile studios had approached THQ Nordic in regards to developing Darksiders 3. And, while Pollice was obviously keeping mum on any firm details, he made it clear that the publisher was spoilt for choice.

‘There are a few developers that are known to [have been] interested in working on Darksiders. The guys that are now Gunfire Games were [after THQ folded, in 2011] picked up by Crytek, so at some point there was talk [that they could develop] another Darksiders game. That’s publicly known,’ commented Pollice. ‘Then, I think there was a Tweet by Platinum Games, which is a really cool studio that has very cool experiences with action/adventures. I’m totally a fan of their stuff.’

He also said a couple of ‘bigger studios were in the mix’ in regards to taking on Darksiders 3, though didn’t mention any by name. Ultimately, the publisher narrowed down the list by looking at studios with the right experience under their belt. 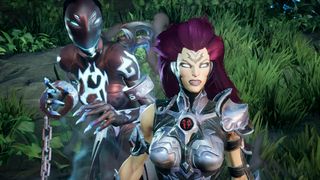 THQ Nordic would go on to team up with Gunfire Games around 2015, at which point they pumped out Darksiders 2: Deathinitive Edition. However, Pollice observed that the studio ‘wasn’t sure if they were ready to go back to Darksiders’ at the time (Gunfire was previously known as Vigil Games, the original developers behind the series). Eventually, though, the decision was made to revisit the franchise.

Pollice also previously told GamesIndustry that he didn’t think Darksiders 3 is going to attain Call of Duty-level commercial success, so I asked him to outline what THQ Nordic was expecting for the game. This lead to some surprisingly frank words on how THQ handled the IP in the past.

In particular, he revealed that ‘THQ had very crazy expectations’ for its games, noting the publisher attempted to take every major project and elevate them to ‘Call of Duty level, and they failed pretty much with [everything] that they tried.’ 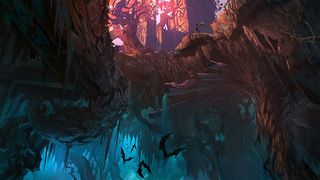 Darksiders 2 apparently had a huge marketing budget, and while it sold well enough, it didn’t measure up to THQ’s lofty expectations. As such, Pollice says his company’s forecast for Darksiders 3 is more modest.

Darksiders 3 is currently in development for PlayStation 4, PC, and Xbox One. However, with Switch getting a ton of third-party support (especially in comparison to the Wii U), is there a chance that the third entry may come to Nintendo’s hybrid console at some point?

In response, Pollice said that those on the team are ‘big fans of the Nintendo Switch,’ and reckons Darksiders 3 would be a ‘really great game’ on the console. So, a match made in heaven? Not quite.

The exec went on to note that from a hardware perspective, ‘the Switch is just not ready [for Darksiders 3]. When we are done with it we’ll see if there is a way to make it happen, but I don’t want [to make any] promises.’ 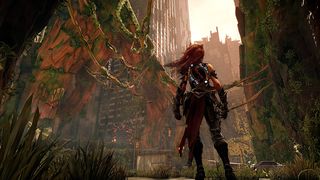 Meanwhile, protagonist Fury is another kettle of fish in comparison to her siblings Death and War. She’s faster and lighter on her feet than her predecessors, wielding a whip instead of a blade as well as being a Mage. Because of this, players can expect something a little more on the tactical side in terms of combat, with abilities such as the Flame Hollow complementing Fury’s already-meaty repertoire of moves during a scrap.

‘All of her weapons are actually driven by magic; her whip is a manifestation that comes out of the hilt that she carries around with her,’ explained Pollice.

Much like Dark Souls, you’ll also hoover up souls from defeated enemies, which you’ll trade in ‘either to buy consumables or trade in for level-ups.’

As well as confirming that side quests will be part and parcel of the Darksiders 3 experience, Pollice revealed that there will be plenty of incentive to revisit previous areas in the game. The team is viewing ‘the whole game world as one big dungeon,’ he said, confirming you’ll be able to go back to previous locations and unlock new areas by using new abilities in your possession.

On the topic of the Seven Deadly Sins, Pollice admitted that Gunfire found it ‘difficult’ when approaching the design of the creatures, with Lust apparently being one of the trickier ones.

‘We wrote the story in a way that it’s a very personal experience for Fury, so some of the Sins have a little twist in their design and place in the story and world, and that’s also in the way you fight them,’ he explained.

So, we’re at game three now, but when are we going to see the mysterious fourth horseman, Strife? He’s apparently a top-notch marksman, rides a white horse, and seems to have a penchant for naming inanimate objects, referring to his weapons as Mercy and Redemption. Could he be in the running for the lead role in Darksiders 4? Will a fourth game even happen?

‘I think it has to happen at some point,’ said Pollice. ‘Yeah, in the future,  definitely. Strife is a very interesting Horseman: he is a gunslinger, he has two guns, and in Darksiders 1 you find one of his guns. I mean, I’d imagine it will be a very cool Darksiders game.’

Darksiders 3 is due out on PS4, PC, and Xbox One in November.