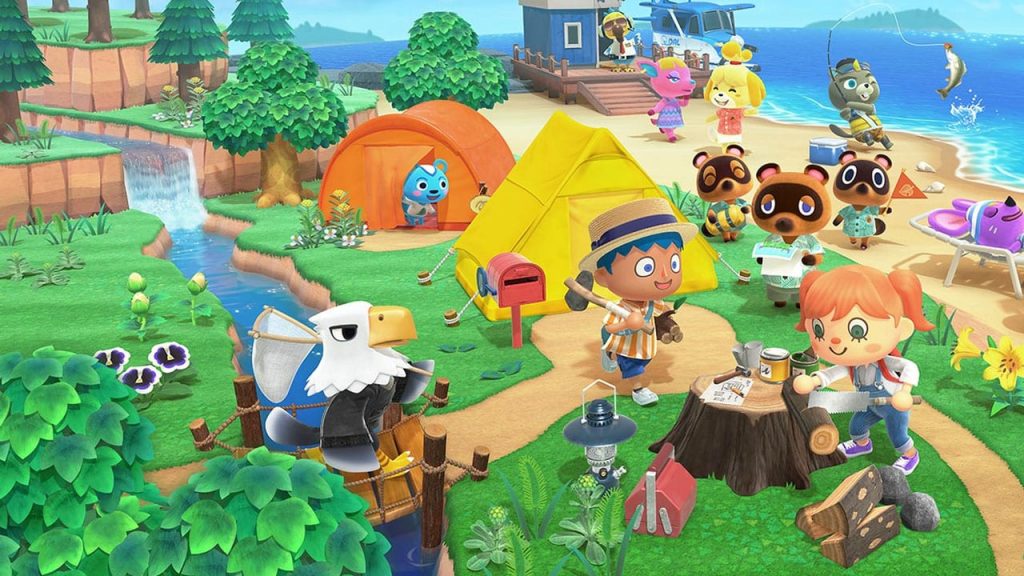 Being cooped up indoors, Animal Crossing: New Horizons provides me and many others with a well-needed escape to the now-distant outside world. Catching bugs, growing trees, and hopping from island to island really makes me appreciate all the things that the outside world has to offer us—even if I usually bask in the glow of screens, rather than the sun. However, the tropical location, holiday feel, and a few other things have made me miss a different kind of island life.

My family and I usually go to our home country, Mauritius, every other year, to visit and enjoy everything the island has to offer, but, due to the coronavirus, things aren’t looking too promising this time round. Playing New Horizons, I started to see parts in the game that really made skipping this year’s trip to my own island even more heartbreaking.

I noticed the similarities before the game’s release; seeing the Animal Crossing direct felt like I was watching an in-flight video as my plane descended. Granted, the person leading the video was a giant racoon, but he did look like one of my uncles. In this new iteration of the game, Tom Nook seems to be sporting a very Mauritian look. As soon as I saw his outfit, it instantly made me laugh, as it reminded me of older male family members back home. I think I’ve got my next cosplay sorted out. For those of you who don’t know about Mauritius, I don’t blame you. It’s a small island nation, slightly bigger than the size of London, situated off the coast of Madagascar (a place made popular by the film of the same name, which, like Animal Crossing, was about animals trying to find somewhere to call home). It was formed some 10 million years ago, from a volcano, and is covered in telltale black basalt. If you were wondering about all those dark boulder formations you see, as you wander your own island in New Horizons, it’s because of the game’s Mauritian influence.

Unfortunately I can’t say that the plane that takes me and my family to Mauritius is flown by a pair of dodos, but I challenge you to not love two of Animal Crossing’s newest characters, Orville and Wilbur—who regularly encourage the question, “What would dodos do?” Dodo’s were indeginous birds that lived on Mauritius, and boy does my country profit from it. Dodo key rings, dodo T-shirts, anything. It’s nice to see the people of my country are taking a new leaf out of Tom Nook’s book, by profiting wherever they can. So I was shocked to find out about the dynamic duo of dodos Orville and Wilbur, who fly you to the island—and on a seaplane no less. Seaplanes are often used in Mauritius, to get to the surrounding islands, such as Rodrigues and Réunion. I don’t know what’s more ironic: the fact that the pilots are flightless birds or that they are named after the inventors of the world’s first airplane, Orville and Wilbur Wright. In Japanese, the two are called MÅrÄ« (ãƒ¢ãƒ¼ãƒªãƒ¼) and RodrÄ« (ãƒ­ãƒ‰ãƒªãƒ¼), respectively referencing Mauritius and Rodrigues. 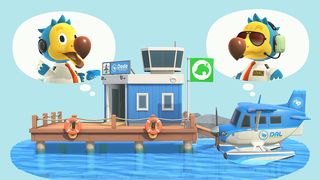 It’s worth pointing out that Mauritius isn’t the only place from which Animal Crossing has pulled inspiration. Leading up to the game’s announcement, in September of 2018, we can see that director Aya Kyogoku was spotted, on Instagram, travelling to Chile, Bolivia, Ecuador, Sweden, Ireland, and Hawaii, to name a few. Perhaps he was on some sort of research world road trip—an idea that seems to belong to a different age now.

As we are all isolating at the moment, on lockdown in our homes, it’s a good job New Horizons doesn’t have us earning bells by being indoors, punching in and out of work and sitting at a desk all day. That’s why the main way of earning money is to farm fruit, create items to sell, and generally thrive off the gifts of the land. Bells are then used to buy more items and generally build and develop your island more, whilst paying off the looming debt that continues to pile up thanks to everyone’s least favorite raccoon Tom Nook. Simultaneously you work to get more villagers on the island for him to exploit.

This mirrors Mauritius’s recent financial ventures since independence, in 1968. Tourism, sugar, textiles, property development, financial services, and, my personal favourite, seafood—all brilliant moneymakers for the island. In fact, my mum’s side of the family has a place by the beach that we rent out to holiday makers, and my dad’s side has a sugar cane field. So hit me up if you ever need a place to stay for the night, and some sugar. It’ll cost you though—I’m not cheap! 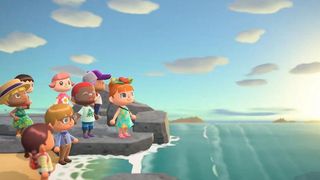 One feature, which I’ve unexpectedly sunk hours into, is collecting bugs, fish, and fossils to fill up the Museum. It’s almost like completing a Pokédex, as different animals pop up depending on the time and location. I find myself jumping on Animal Crossing most evenings just to catch Emperor Butterflies and Tarantulas. (Incidentally, note the Madagascan sunset moth, a newly added bug and a rare reference to a real-world place—a place not far from Mauritius.) I think you know what comparison I’m going to make, but I’m going to make it anyway. Due to its volcanic origin, young age, its isolation, and its unique terrain, Mauritius is home to some of the rarest plant and animal life in the world. You could almost say that Mauritius is known for its fishing, wildlife and plant exploitation. Let’s just hope some of the fossils being found on the island aren’t of Orville and Wilbur.

Writing this article really made me miss my second home, and for those of you in the same boat during this quarantine, missing home and worried about family members, just know that you’re not the only one. As much as Animal Crossing makes me miss Mauritius, it also makes me appreciate the once-safe outdoors. You’re not going to see me cutting down trees, or coming within a two-metre radius of anyone, anytime soon, but I do miss feeling safe to enjoy the simple pleasures, like strolling along the beach or just simply getting out of the house. If you didn’t know of Mauritius before this, it’s well worth a visit, once it’s safe to do so. And if you find yourself lost in things to do, just think, What would dodos do?