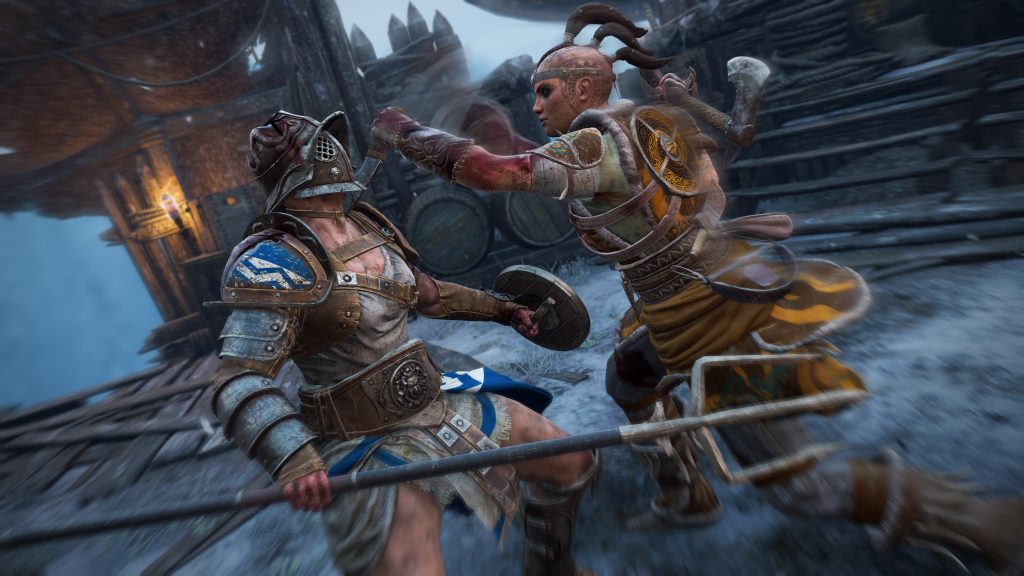 The thing about 2017 is that although on, like, a global scale it’s been bad, for games it’s been really great! But that means that picking a game of the year was really hard, and even the games that didn’t make it into the running for our GOTY podcast deserve to be scooped up in a sale. Here are just a few that are worth taking a look at.

Get Even is a Bandai Namco effort, and an unusual one at that, having its first person fingers in shooter, puzzle and horror pies all at once. This does make for a bit of a messy combination at times, but as a whole experience Get Even is rather good as well as being very unique. You play as Cole Black, who initially wakes up in an abandoned asylum, his most recent memory being of a failed rescue attempt on a kidnapped teenage girl. Using a device called the Pandora, which has been fused onto his head, Cole can go back and explore his memories up to that point to try and figure out what happened. It all gets a bit weird, with some memories bleeding into others or mixing up into the wrong order. There are a lot of layers of conspiracy to sweep away, and the sound design is especially good, using a mix of half remembered dialogue, sound effects, shouting and, occasionally, music coming from seemingly nowhere.

I’ve been beating the Antihero drum for some time, and will continue to do so. It’s a turn based strategy game where you play as a master thief running their guild of miscreants in foggy London town. You must outwit your opponent, CPU or genuine person, by laying traps, occupying useful buildings, and building up gangs fronted by what looks very much like a tiny yet legally distinct Bill the Butcher from Gangs of New York. Antihero looks and plays very much like a board game with a Dickensian edge, with a few simple tools that give you a wealth of possibilities. No two matches in Antihero will ever be the same.

I am still in the trenches with Team Andromeda Was Good, and I’ll be there for the foreseeable. Though I was disappointed that it didn’t live up to my love of the original series, it doesn’t make Andromeda a bad game, and while it would be dishonest to say that I didn’t encounter any bugs or weird facial animations it would also be dishonest to say they represented the majority of my playthrough or the overall quality of the game. Andromeda has some extraordinarily beautiful alien worlds to explore, and engaging crew members to cut about with, and kept a sense of humour about itself throughout. So ‘ave it.

For Honor, despite being spelt wrong and some weirdness in the single player campaign, is probably one of the more interesting fighting games to come out recently, because it slowed everything down. The factions in For Honor are Samurai, Vikings and Knights, meaning even the quicker characters are comparatively slow and a lot of the roster are big double-hard bastards wellying around a massive sword with two hands. The 1v1 duels are especially intense and cool. It’s the kind of game that could still have a dedicated fanbase in like six years, who will naturally have developed their own meta-rules and some kind of weird ritual before battle can commence properly in the game. Give it another 18 months and you’ll read a fun news piece about a couple who got married (medieval-themed wedding) after meeting through the game.

Also the finisher moves are all stuff like smashing someone’s head in with the crossguard of a sword so it’s pretty hardcore.

All-Stars is great because firstly it sounds like the season of an american cooking show where they’ve run out of ideas and just bring old contestants that everyone hated back and secondly it is definitely not the Koei Tecmo version of that okay?

This is basically a Dynasty Warriors game but one with a flimsy premise that transports all your favourite Koei Tecmo franchise characters to a new kingdom involving cute talking foxes warring for the throne. So you get the one versus thousands carnage of the Dynasty Warriors series, but there’s also a hub world were, like, characters from Dead or Alive have a bath together or LuBu is playing an arcade cabinet game and gets cross because he’s bad at it, so frankly this is actually amazing and I’ve changed my mind, Colm, this is now the GOTY.

If you want to find out what actually did make it as VideoGamer’s actual game of the year, check out the bumper podcast where we hash it all out.