Does Newegg have Christmas sales? 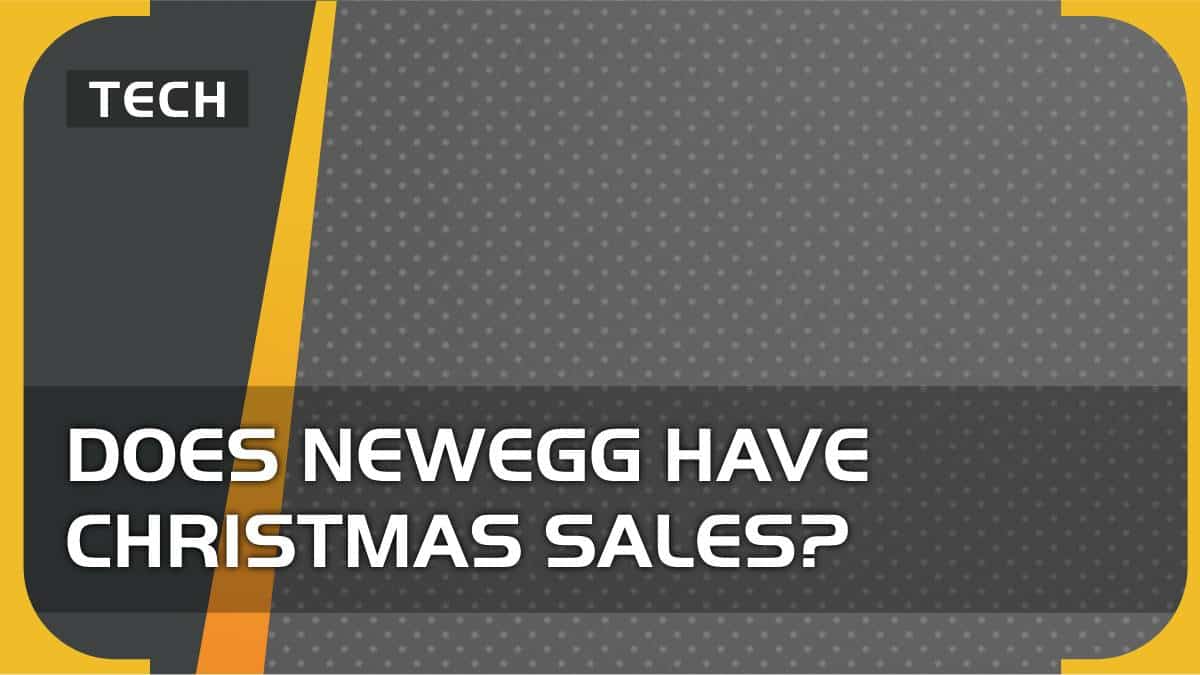 It’s that time of the year again, and if you’re gamer or looking for the perfect tech gift you’ll be likely wondering if Newegg has Christmas sales.

With Black Friday and Cyber Monday practically ancient history, those hungry for high end tech for low prices have turned to Christmas sales in the hope of scoring a bargain. Newegg is a sensible place to start your search. It is already known for offering some of the lowest prices for tech of all stripes, but especially gaming computers and their components.

So for anyone looking to modify or replace their gaming rig, a Newegg Christmas sale would be a welcome relief, not least of all for our wallets.

Does Newegg have Christmas sales?

Yes, Newegg does have a Christmas sale that is live right now. The sale is called Deal-cember and has a number of epic deals to get stuck into. This includes offers on all categories of products from components to peripherals. The biggest price cuts can be seen on gaming and components with savings of up to 93% and 70% respectively.

That said, in terms of actual dollars saved the PCs and Laptops category offers are not to be sniffed at, due to their large starting price. This means savings as high as $1200.

But how long does it last? Well, there isn’t any countdown on the site itself, but if we had to guess based on the name, we’d say the sale will run until the end of the month.

Interestingly, you’ll find that many of the Newegg deals have extra coupons that can be applied to them.

Some offer further money off with a promo code Newegg provide, while others have special rewards such as free extras or buy one get one free promotions. This makes for even more savings than many of the sales we’ve come across.

Elsewhere you can get your hands on the iBUYPOWER Gaming Desktop TraceMR274i with $100 off the price, and also get a copy of Marvels Midnight Sun chucked in for no extra cost.

What are the best Newegg Christmas deals?

As mentioned, there are some amazing deals running right now, including some of the best gaming monitors, best gaming laptops, and best GPUs.

Another great deal to take while you can is Newegg’s offer on this IPASON – Gaming desktop, which has been reduced from $849, to $599.