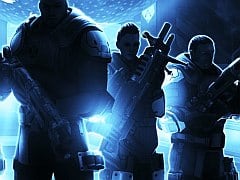 To get the most enjoyment from XCOM: Enemy Unknown, name your squad. Whether you opt for philosophers, authors, members of your favourite band, or even your Twitter pals, it’s the best way to heighten that sense of attachment Firaxis is so keen to foster. Name them, and they’re your team. Name them, and you’ve got one more reason to keep them alive. Name them, and it’s that much more devastating when you lose them. That’s when, not if.

It also helps to forget the original. Enemy Unknown is respectful of Julian Gollop’s 1994 turn-based strategy classic, but it’s not reverential. Forget gargantuan squads. Forget Action Points. Instead, you’ve got a tightly-knit cabal of four to six members as your last line of defence against an alien invasion that has the whole world in panic. It’s still XCOM in most recognisable respects. It’s as challenging now as it was then, particularly if you want everyone to return home in one piece. It shares the same struggle to manage limited resources, the same tough choices to make when deciding who to help and who to ignore, and the same management dilemmas as you work out whether to assign researchers to an alien autopsy or to developing new weapons or armour. Vitally, this modern reboot is also packed full of the same brutal tension when you’re pinned down by superior numbers and are desperately hoping the next headshot is a direct hit.

And goodness, Firaxis has been brave here. It would almost certainly have been easier to toss out a direct remake with shinier graphics; the kind of thing to keep the purists sweet. Instead, it’s opted for something slicker, more accessible – a little more mainstream, even – and done so without ever pandering to the lowest common denominator. Partially this has been achieved with the close-up action: during one playthrough I was reminded of the original Mass Effect from a tight third-person camera that gives you a closer view of your actions than the regular overhead viewpoint. At another point, as I witnessed my rookie recruit sprint into position behind an overturned van, I thought of the Gears of War roadie run and briefly pondered the idea of a turn-based game starring Marcus Fenix. That’s not to say it ever feels like a third-person shooter, only that it’s taken a few presentational cues from them.

The Unreal Engine is hardly creaking under the strain, and XCOM’s characters and environments are never quite as charismatic as in the original, but the game does the job with enough style to get away with it. There’s some satisfying splatter as aliens meet their end, their deaths made all the more agreeable by the way your myriad foes tend to scuttle about in a particularly unnerving manner. The most disturbing animations, however, are reserved for the deaths of your troops, their bloodied corpses slumping to the floor, though the nastiest and most gruesome fate is delivered by one particularly vicious type of alien. Death, as before, is permanent, and a wail of bagpipes marks their appearance on your memorial wall.

Losing a valued marine is a genuinely sombre moment, enough in many instances to prompt a complete restart. You might be prepared to sacrifice the odd rookie, but it’s a good deal harder to carry on when you’re saying goodbye to a leader of several missions’ standing. Much of that is down to how continued survival tends to massively boost your characters’ stats: promotions occur frequently, with each new rank offering a choice of two special abilities. You might increase your sniper’s range, perhaps, or give your assault class the ability to fire after taking their two allotted moves per turn.

Instead of spending Action Points – like in the XCOM of old – each squad member now has the opportunity to perform two actions per turn: move and fire, or to simply move twice. Spending both of your actions in one go to dash long distances can be useful, which in turn lessens the chance of being hit by an enemy, but at the same time greatly increases the chances of you alerting a previously unseen foe.

It’s an intuitive and flexible system, and it benefits from a smart user interface (on both PC and console) that gives you enough information without cluttering the screen with menus and numbers. Each map is made up of tiles that disappear until it’s your time to move, while shield icons highlight areas of cover, their colour and design instantly telling you whether the position is flanked or destructible, and how much protection it offers. This is one of many examples of Firaxis getting the boring bits right, with design choices you don’t necessarily think about while you’re playing but which underpin the fun stuff beautifully.

Away from the battlefield you’ve got plenty more to worry about. Cash supplies deplete alarmingly between missions, and you never seem to have enough coin to build that new satellite uplink you need to give you greater global coverage, or the interceptors that need scrambling to assault the UFOs that periodically show up. The alien detritus that you pick up on each mission can be sold on the grey market, but your scientists aren’t exactly thrilled about you letting artefacts go without scrutinising them first, even if you do need a quick buck to fund your next research project.

It’s a fine balancing act, in other words, but in its way, the time you spend back at base is as entertaining as kicking ET’s ass – and, if anything, even more important. The rhythm of play has been accelerated from the original, with shorter missions ensuring you return home more frequently and get a better sense of the results – and costs – of your decisions. There’s always that rising sense of dread as the game forces you to consider just a little bit more than your brain will find comfortable, such as which territory to protect when several invasions occur simultaneously. Leave one area too long and they’ll withdraw financial support for your squad of alien hunters, but spreading your forces out too thinly could prove catastrophic – besides, a delay before responding might allow one of your wounded soldiers time to recover from their injuries; a potentially crucial factor if it’s a veteran. XCOM is not a game for the indecisive.

There are plenty of plates, then, and you’ll need to keep them spinning for quite a while: Enemy Unknown’s campaign is uncommonly substantial, and though missions are no longer randomised you won’t get all the same ones each time and in the same order. It’s hard to imagine anyone would feel short-changed from the campaign, but there’s also a multiplayer deathmatch mode that gives you a certain number of points to build a team from alien and human units, with a time limit on each turn. This will undoubtedly have its fans, but for me it was a fleeting diversion from the single-player game. It’s still a fine showcase of some wonderful tactical systems, of course, but the outcome of a battle can be determined worryingly early: such is the handicap of losing a single team member that it seems whoever gets the first kill is almost certain to win. And shorn of the narrative context of the single-player game, it lacks that sense of urgency that I found so exhilarating playing solo.

Perhaps that’s because XCOM works best as a panic management simulator. It’s about controlling the terror levels of the countries you need money from, calming the alarm of your squad members as their leader is killed and their behaviour grows erratic and your own fears as you try to remain level-headed in the face of a terrified populace, a concerned council, and the sharp, poisonous appendages of a trio of chittering creatures advancing towards your wounded sergeant. After all, remaining calm under such overwhelming pressure isn’t so easy when the person in mortal danger is named after your partner or best friend.