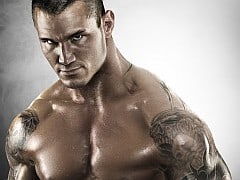 “Bigger. Badder. Better.” So proclaims the text stamped on the back of the box for this year’s WWE instalment from Yukes and THQ. It’s a catchy enough tagline, designed no doubt to promote the game’s merits in the same way the WWE would draw attention to, say, one of its new superstars or a pay-per-view event. As evidenced in recent previews, at least one of these self-bestowed accolades is absolutely true: WWE 12 is certainly bigger, and players can expect a veritable feast of content shortly after they boot up the game.

The creative and customisation options available to the player are massive. Yuke’s has really pulled out all the stops for its Creation mode in the game, offering players all the fanservice they could possibly want. The array of options in just the Superstar creation is huge; players can tinker with practically everything including their physical appearance, ring-attire, gender, move-set, special abilities and attribute powers. They can choose how crowds react to their star, design their fan’s signs, create their own finishing manoeuvres and even put together their own entrance video. They can even design their own PPV events, arenas, rings, storylines and highlight reels for each of their wrestlers. Then there’s the option of sharing it with WWE 12’s online community, as well as downloading any wrestlers created by other players that take one’s fancy.

This, by the way, is all before players decide whether they’d like to tinker with the game’s huge roster, alter any of its environments and delve into the WWE Universe, which is essentially a never-ending stream of match-cards. Players can battle through a list of WWE shows in varying match-types without having to sit through lengthy cut-scenes, which are dotted all the way through the single-player mode. There’s also an online mode, which unfortunately, given the fact the game isn’t released yet, I couldn’t explore to its full potential. I can, however, report, that in about half of the online bouts I fought in, the gameplay was hampered by horrible lag and the latency between my input on the control pad and my wrestler’s actions. Hopefully this is something Yuke’s and THQ will have a look at before launch; if the lag is this bad when only two players are involved, I shudder to think what a Royal Rumble will look like.

Of course, all of this content depends on decent gameplay to back it up. Much has been made of WWE 12’s Predator Technology, which, by all accounts allows for more fluid control, realistic collisions and special moves no longer automatically warping wrestlers into the middle of the ring. In practice, what it means is that the game has moved away from the thumbstick grappling system and returned to the face buttons with (on the Xbox 360 version tested) A initiating grapples and B for Irish whips. Y is mapped to signature moves and finishers, and in a new addition, it also occasionally offers players a massive second wind, allowing them to come back from an extended battering.

Players are also able to target specific parts of their opponents’ bodies, which comes in handy when the time arrives to administer a submission move. Opponents begin favouring parts of their body when the damage they’ve absorbed has ripened them up for a figure-four leglock or sleeperhold. There are one or two hiccups in the control system; for example, tagging a teammate and mounting the turnbuckle are both mapped to a shoulder button, which means that sometimes attempting a tag can leave a player open to being hurled into the ring by the AI. On the whole, though, there aren’t too many control features that fall into the deal-breaker category.

No, the real deal-breaker is wrapped up in the game’s hideous counter system. At certain instances in any match, the player is likely to be on the wrong end of a confrontation and they’ll have the opportunity to block a punch or reverse a grapple. An RT or A-button prompt will appear over their wrestler’s head, signalling the instances where they’re able to do this. They have a split-second to respond to this prompt, otherwise their wrestler will continue to be tied in knots by their opponent. Oh, and counters require laser-guided accuracy from the player in terms of their timing. Button-mashing the A and RT buttons doesn’t help in the slightest – believe me, I’ve tried it!

In fact, it’s hard to impress how horribly the counter mechanic impacts on the game without the benefit of colourful swear words. This is because, by and large, it leaves the player at the mercy of the AI, whose difficulty oscillates between completely brainless and utterly lethal. I lost count of the number of times I hammered an opponent to the point of submission, only to have them reverse my wrestler’s signature move as I prepared to deliver the coup de grace. Because I don’t have the reflexes required to pluck flies out the air with chopsticks, I then had to watch with my frustration mounting, as my opponent – who don’t forget, was on the ropes a second earlier – administered a brutal and thorough beating.

The amount the counter system eats into the player’s enjoyment of the game can be tempered, to a degree. Players can head into the huge menu of options and dial down the difficulty level significantly, and this makes exhibition matches all the more enjoyable. However, this difficulty toggle isn’t available for the game’s lengthy campaign mode – and if it is, it has no bearing on the amount of times the AI will counter the player’s moves. It’s here, in The Road to Wrestlemania, that the gameplay’s flaws really raised my blood pressure.

It isn’t just that the counter system feels completely random and unfair. It’s also that, in the campaign mode, the player is set occasional tasks that are made maddeningly difficult to accomplish due to the environment they’re set in and the factors they include. In one battle, for instance, I had to defeat three wrestlers all by my lonesome in a backstage area. The fight kicked off at close quarters outside a dressing room door, with all three rushing me at the same time. If one landed a shot, I was forced to watch as my wrestler was continually pounded from that moment on, unless the AI glitched and started attacking itself (which happened a fair bit).

After a half-an-hour of waging a war of attrition, I finally had my three opponents down, only to realise that the game wanted me to defeat them all in a certain section of the environment. So I had to start wheeling about the backstage area, as the AI goons limped after me, waiting for a glowing Y button prompt to appear above their heads. I managed to take out two of them, but the third reversed my move, and knocked out my wrestler, meaning I had to start the whole match over again. To say I was frustrated is an understatement. I haven’t come this close to smashing a control pad since the last time I played Ninja Gaiden II on Warrior difficulty.

Instances like this abound in The Road to Wrestlemania mode, although, admittedly, there are one or two decent set-pieces that almost make up for them; an elimination chamber match and a three-way hardcore match involving hammers are two examples that leap to mind.

The mode’s 12-hour storyline gives players three wrestlers to control in succession – a villain, an outsider and a hero. All of the storylines are hardly what you’d call engaging, and as strange as it sounds to criticise a wrestling game for a weak plot, bear in mind that half of the WWE’s appeal in days past was wrapped up in its script writing. The violence may be real but the outcomes, feuds, and narrative framework are all scripted, and as entertainment, WWE depends on decent plotting, of which there’s scant on offer here. It’s also rather confusing to note that the voice acting is mostly awful especially when you consider that real WWE wrestlers are doing the voice work for their in-game counterparts. The Mizz, who is equal parts cocksure arrogance and leering smarm, is one rare exception to this rule.

WWE 12’s presentation is hit and miss. The collision engine looks fine in some instances, whereas in other it looks outlandish. The faces of many of the wrestlers are closer to their real-life counterparts than ever before, but the skin of many of the superstars looks like it has the same texture as cheap plastic. From a distance, the wrestling animations, beat-downs and finishing moves look great; when players pull off a signature move, the impact of their opponent on the canvas dulls the soundtrack and produces a ringing sound, simulating the sensation of being clonked on the head. However, the crowd noises occasionally cut out and the in-game commentary is sometimes out of synch. Animation glitches are rare, but in my playthrough three or four occurred – one of which saw me hilariously punch Rey Mysterio into the eighth row from the ring apron. He then slithered – that’s right, slithered – back to ringside.

You have to give Yuke’s credit for aiming high. The wealth of content and customisation options on offer is absolutely staggering and wrestling fans that wish to ignore the game’s main campaign mode will certainly find plenty to entertain them here. WWE 12, however, isn’t in the same league as the series’ high-water marks. It is the nucleus of what could be a great game. If Yuke’s continues to build on the solid foundations it has here, strip out the game’s flaws, and tinker some more with the gameplay, it could create a game that would certainly live up to the accolades on its packaging. As it stands right now, though, WWE 12 is certainly bigger, but whether it’s badder and better is debatable.

WWE 12 is certainly bigger, but whether it's badder and better is debatable.
6 Huge amounts of content Presentation is hit and miss Dull campaign Horrible counter system

Take control of your WWE career in a bigger, badder and better…

Take control of your WWE career in a bigger, badder and better…