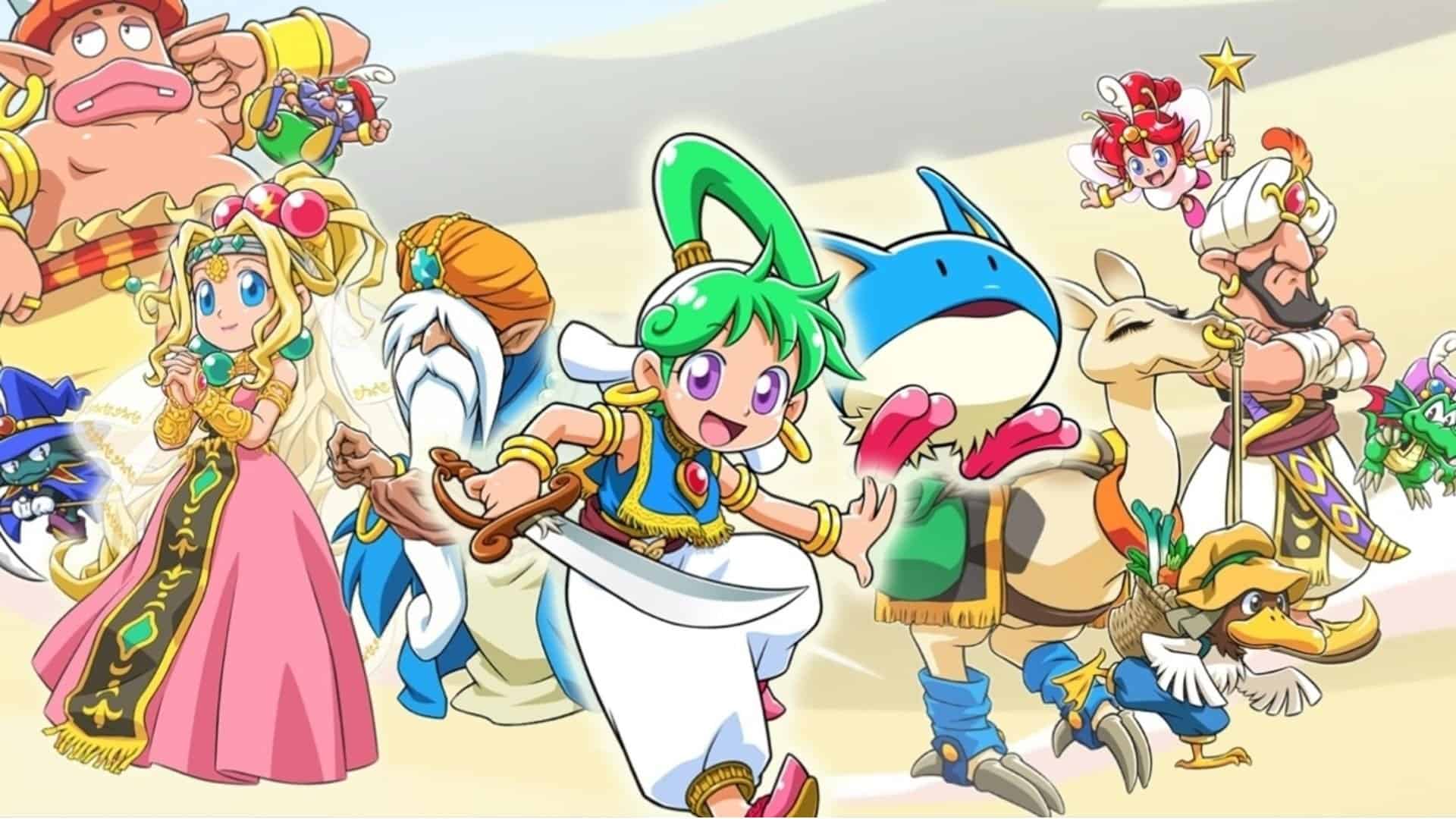 The heroine is Asha, a young woman whom we first see standing atop a cliff with her eyes closed. Clad in golden bangles, trousers like clouds, and pink slippers that curl into the wind, she resembles a genie. Before long, she hears faint voices wishing for rescue. They say, “Help us,” and then, “Stop… cataclysm.” If that strikes you as frustratingly vague, consider it a time-saver; whoever these whisperers are, they are quite sure that we know the drill, and will soon be saving all of time. Quite frankly, there are games out there that take “Help us” and “Stop… cataclysm” and see fit to spin these basic directions into hours of motion-captured drama—when in fact the necessary motions were captured long ago, and saved in our memory. 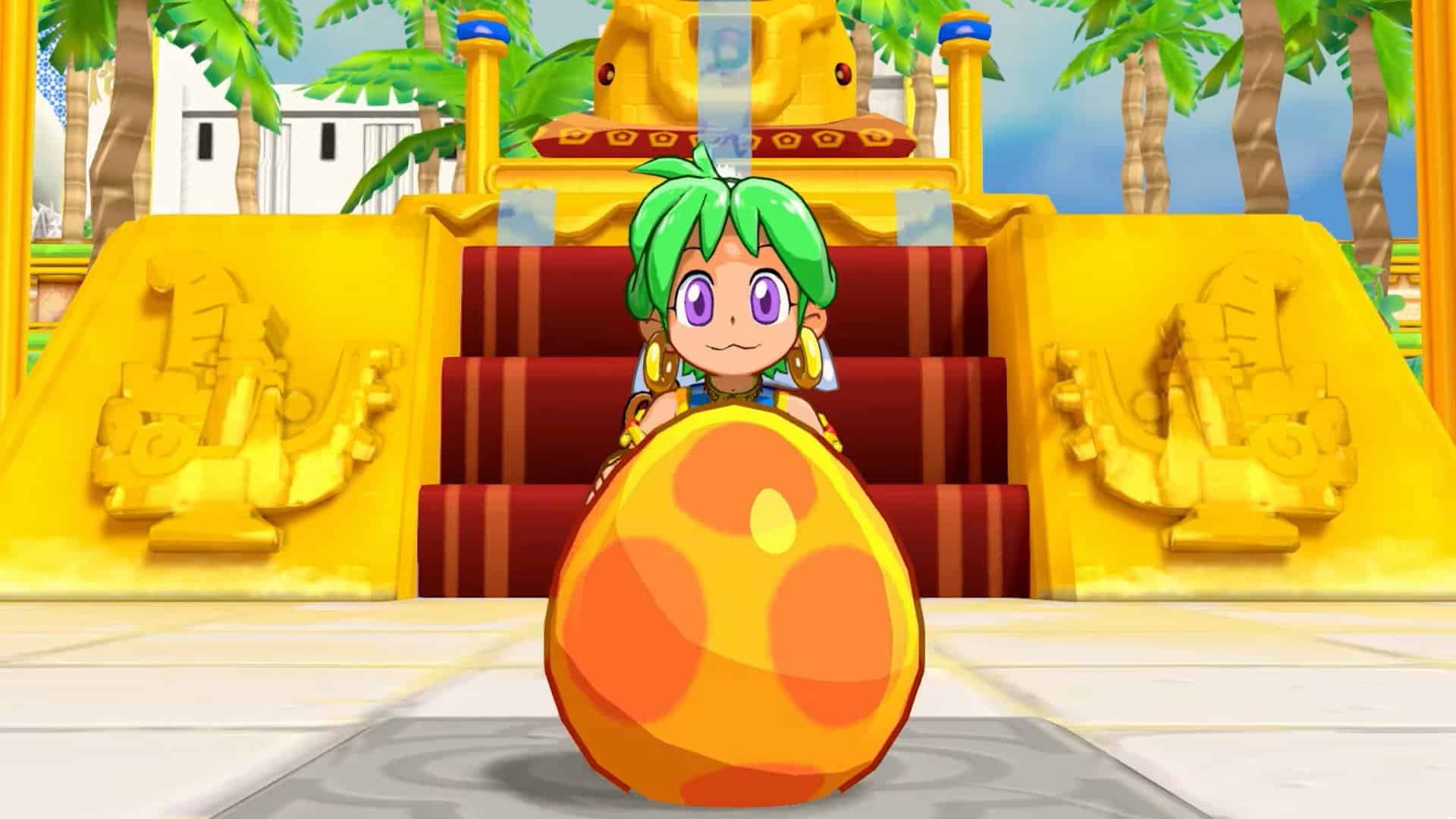 What are they, exactly? Well, an imperilled kingdom, the sticky encroach of a curse, and a royal plea. Anyone weaned on The Legend of Zelda will recognise the configuration; likewise, for them the collection of four glowing doohickeys, the better to quell or quench the earthly elements, will be second nature. Whether or not it will be entertaining is another matter. The fun of playing these games, especially these days, lies in the director, Ryuchi Nishizawa, whose approach to genre was one of precise and genial disregard. Now that we have handy descriptors, such as “Metroidvania,” we can apply them retroactively, as though trying to diagnose Nishizawa’s hunger to amaze. Asha in Monster World doesn’t really belong to that genre, but, as you return after each quest to Rapadagna, the palace town whose princess set you on your course, you sense not quite an intricate land whose locks are opening to you (though they are), rather a place that never stopped existing after it slipped offscreen. In other words: world building.

The adventure, though comprised of an intriguing tangle of mechanics, may seem tame. There is platforming, assisted by Asha’s Pepelogoo: a kind of cat-bird hybrid (spherical, whiskered, and fitted with flapping ears) capable of gliding her across gaps. And note, in the upgradable weapons and gear hawked by various merchants, the light mingling of role-playing into the mix. What’s satisfying is that you don’t sense the slightest touch of greed or ill discipline; the ambition that bloats some games, as if development were a big meal, is absent. The combat—carried out with an array of swords and shields—is pepped up by magic, but only sparingly; it reminded me of the clang of those side-on clashes in Zelda II: The Adventure of Link, which Miyamoto (another wonder boy, possessed of many forms) also infused with spells of other genres. The question is, though Asha’s quest is plucked from the past, how much of its pleasures are reliant upon it? 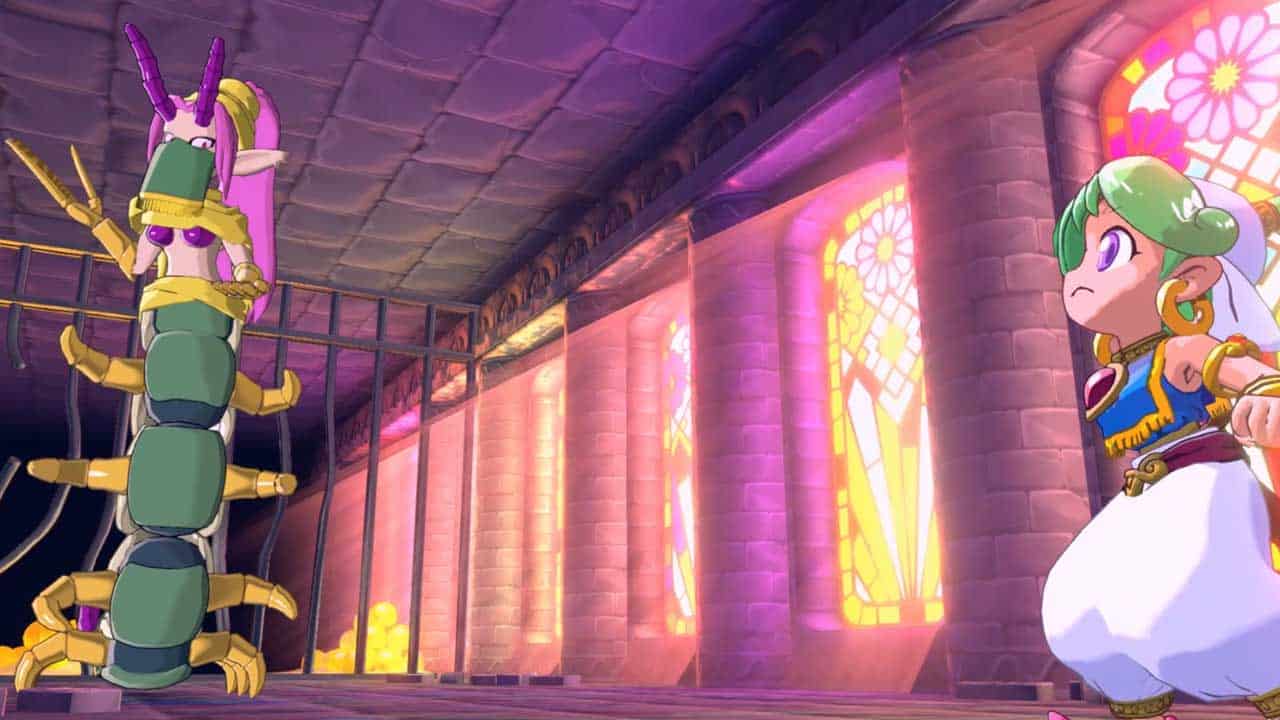 Monster World IV was originally released on the Sega Mega Drive in 1994, and the developer behind the remake, Tokyo-based studio Artdink, has the luxury (as many remakers do, with games of that era) of being able to deliver on the promise of its box art. Back then, the artwork that was vested in booklets and on boxes, far from being representative, was a kind of suggested pairing—as you would find on the back of a wine bottle—for the 16-bit vistas that unfurled onscreen. It was, perhaps, the hope of game designers that the imagery that would take root and bloom in our minds, alongside the happy blur of play, would be the detailed—and, in the case of Monster World IV, the dusky—rendering on the cover.

The art direction here, by Maki Ohzora, favours lucent colour; characters are presented in crinkled 3-D and enclosed within black lines, as if they were folded and inked into fullness. The hues, cartoon-crisp, are in keeping with the recent work of Lizardcube, who in 2017 released Wonder Boy: The Dragon’s Trap and offered, in its hand-drawn style, an homage that felt loyal to the daydream brightness of the original. When it comes to Asha in Monster World, however, I wouldn’t mind it a little darker. For one thing, the Middle Eastern flavour of its setting—the colonnades, the bronze domes, the creamy tides of desert—cries out for dust and shade. And consider the opening scene: a scarlet eye, spiked like a conker, worshipped by a group of blindfolded mages in a dank cave. It’s a creepy image, but it doesn’t creep into the rest of the game; its gloom is gone in a blink. What we need, I think, is an ailing landscape, dimming and doomed, against which Asha—whose hair is as supernaturally green as apple Kool-Aid—would stand out. Then again, maybe that is what we got.

The fun of playing these games, especially these days, lies in the director, Ryuchi Nishizawa, whose approach to genre was one of precise and genial disregard.
7 Ryuchi Nishizawa Genre blends Brightness