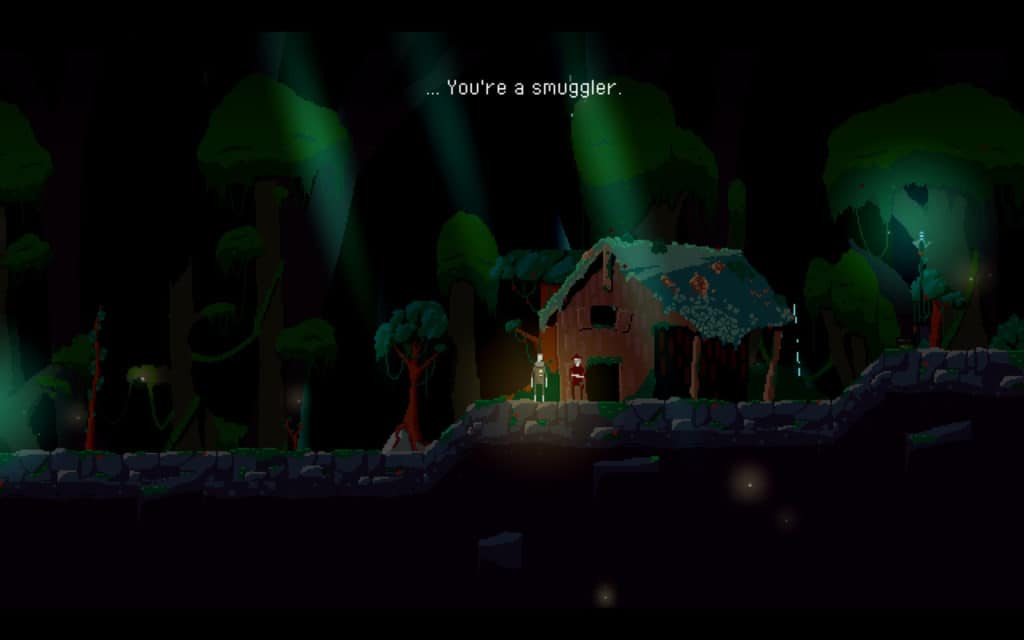 There are a lot of platformers in the world and with each new one developed it gets a fraction more difficult to give your own a USP. Rewinding time? Cheerful AI blocks? Monochromatic exploration of the afterlife? Soz, all taken. The Thin Silence manages to be familiar but fresh (if a little fiddly) by putting more emphasis on the puzzling than the platforming; although you climb, from the depths of a mountain to the top of a lonely tower in an abandoned city, you must do so slowly and carefully by combining items you find into new tools.

A hook combined with a boot makes a climbing shoe. With a rope it makes a grapple. You find more bits of discarded junk as you go. A match; an old sign; a battery. Though the inventory can be complicated it’s also smart and well done. The items all look different enough that you can quickly identify them when you need them. With your makeshift toolkit you can roll boulders into pits you couldn’t jump over or out of (for your character cannot jump, to speak of), or lever huge gears, or zipline down ropes. Finding the right combinations and knowing what tools you can use with different obstacles for different effects is quietly, endlessly satisfying — although there is, at a couple of points, a bit more trial and error than perhaps you’d like. 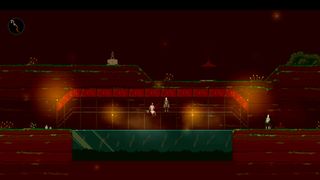 At the same time, you’re gradually progressing through your character’s story. When Ezra wakes up after a literal and metaphorical fall, he knows who he is and you know nothing about him. The missing information comes in bits and pieces. There are optional areas and collectibles to find as you go from empty mine, to forest full of refugees, to empty storage facility, to a hinterland full of refugees, to an empty city. Individual pages from a banned book are scattered around. There are family photos that you’re in, wanted posters for rebels, and you run into people that you knew and cared about in before (it’s never really defined but you know, somehow, that there’s definitely a before, but it could be before lots of things). Ezra is struggling with a lot of things. Doubt, grief and guilt are all jostling for space. The story is enjoyable in a way almost discrete from the actual mechanics of the game, which is a bit jarring. It’s odd to be bumbling around a lab trying to hack into computers, and then suddenly run into the ghosts of the past in a small cutscene.

There is crossover though: you become aware that Ezra is in a very fragile mental state, and as you play he feels physically fragile as well. He walks slowly (but not so slowly it’s annoying) and can’t jump more than a few inches off the ground. He can’t kick at things unless he’s wearing a boot and can’t climb over them unless he’s using a hook. There’s a sense that everything has to be done slowly and carefully. It is, apparently, not a game about winning, but a game about facing the worst and, somehow, managing to keep going. When you puzzle Ezra into a corner you can reset the level and try, try again, which is quite comforting. I envy Ezra’s ability to autosave and reset (not to mention the upper body strength to successfully use a zip wire) but then I’ve never been accidentally instrumental in starting a civil war, so swings and roundabouts. 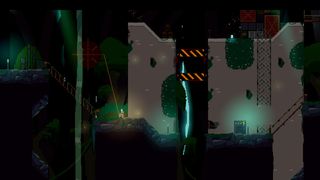 The Thin Silence has a satisfying, creative approach to puzzle solving, alongside a sad story told in equally sad snippets. Though you can reset puzzles and try again as often as you need, you might sometimes still be left at a loss.
7 Fun approach to puzzle platforming Interesting puzzle of a story, too 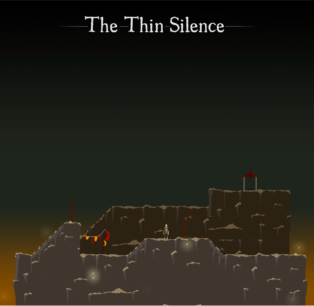