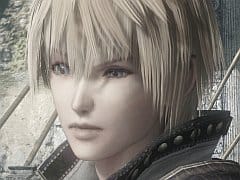 These are interesting times for the Japanese role-playing game; times of progression, growth and change. I’m of course referring to the fantastical behemoth that is Final Fantasy XIII, but while the likes of Leona Lewis might be enjoying the new accessibility of the series, what do the loyal fans that have stuck with the series since the days of the SNES think? XIII features breathtaking visuals and the most refined combat system yet to grace the series, but the outrageous linearity puts a stake through the very heart of the Final Fantasy experience. Don’t take that the wrong way, I’m actually a big fan of the game, I just pray it’s not indicative of the direction the rest of the genre is heading.

Even if Square-Enix is hell-bent on taking the genre to the mainstream, there are still plenty of developers catering to the core audience. tri-Ace is one such studio, with games such as Valkyrie Profile, Infinite Undiscovery, and more recently Star Ocean: The Last Hope as shining examples. Its latest game, Resonance of Fate, has been (perhaps rather foolishly) released in the wake of Final Fantasy’s success, and subsequently may struggle to get itself noticed. Should players find the time for it, however, Resonance of Fate offers traditional JRPG gameplay with innovation in all the right places. Final Fantasy XIII haters, this could well be the game for you.

Set on a dystopian Earth, mankind has been driven to the brink of extinction after a poisonous gas permeated the planet’s crust, killing millions. Those who managed to survive built a device known as Basel, installing it deep underground to purify the polluted soils. A civilisation formed around the base of this device, gradually extending towards the clouds where the air was pure and clean. While the rich could afford to live on the top levels of this tower, the poor were forced to live nearer the base, creating a visible hierarchy. For the diminished population of Earth, the tiered system of Basel worked, but it wasn’t long before the purifiers stopped working, and the survival of mankind was thrown into jeopardy again.

Resonance of Fate structures itself around the livelihood of three hunters; Vashyron, Zephyr, and Leanne, who are hired to make sure Basel survives. As RPGs throughout history have taught us, hunters are hired swords (or in this case, guns) that take on dangerous jobs in exchange for money and loot. Missions are advertised on a notice board in town, and if they sound interesting enough, you can go off and find the relevant person to accept the work. Within this framework, an overarching structure of chapters split up the gameplay, meaning you can choose the order you play through the game, and decide when to advance to the next chapter.

The steampunk world the characters inhabit is a joy to explore, with impressive Victorian-esque architecture, strange mechanical devices and cogs galore populating the cobbled streets. It’s certainly a refreshing aesthetic, but frugal use of colour gives the game a slightly drab feel to it. Greys and browns are in keeping with the theme, but the game world feels lifeless and dreary as a result. After a few hours with the game, this quickly becomes insignificant; the graphics are free of technical hitches, the character models are nice (if a little generic) and customisation directly affects your character’s appearance in both battle and cutscenes, which is always a nice touch.

Complimenting the mature tones, Resonance of Fate replaces swords and spells with guns and bullets. Combat is the same blend of real-time and turn-based combat tri-Ace often brings to its games, a system where the focus is on action. While in control of a character, players are free to run about as they wish; some environments even have objects which can be used as cover. Holding the A button charges a circular gauge, varying in speed depending on your distance from the enemy. Once charged, pressing the button again fires your weapon at the targeted enemy. All nice and simple so far? Good, because even for the most well educated RPG player, confusion quickly escalates.

Guns come in numerous shapes and sizes, and depending on their type, two different types of damage can be dealt. While “Direct” damage reduces the HP of an enemy as one would expect, “Scratch” damage reduces a different meter, which replenishes over time. To make the most of this, one should follow up Scratch damage with a Direct attack as quickly as possible to make the injuries count. This becomes second nature after a few hours, but an altogether more interesting mechanic complicates matters further, while at the same time gives the system its unique hook.

It’s called Hero Actions, and it allows the player to choose a path through the environment, and run all guns blazing along it without the need to stand still and charge. Along the way, characters dive, roll and pirouette their way across the screen, dealing hefty amounts of damage. As you’d expect, such an attack doesn’t come free of charge; they expend one of a resource known as Bezels.

These Bezels are crucial to the flow of battle, and should they all disappear, your team will fall into a critical condition which often precedes the Game Over screen. Keeping an eye on the Bezel meter at the bottom of the screen is the best way to avoid such disgrace. Characters begin the game with three of these prized icons, but executing a Hero Action uses one. Any damage you sustain also reduces this meter, but then defeating an enemy replenishes it. Balancing your combat strategies around this mechanic is ultimately what combat is all about; a fact that eluded me for far too long.

An even more powerful Tri-Attack adds a further layer of depth to the system, and can only be activated after the acquisition of a Resonance point, earned by plotting a Hero Action path via your two comrades. The intricacies of the system take a long time to master – or even understand for that matter – but combat never feels like a chore, constantly keeping players on their toes with different enemies and strategies. The beautiful displays of bullet ballet the characters perform during a Hero or Tri-Attack are spectacular, and combat is genuinely exciting as a result.

Outside of these skirmishes, a world map consisting of tiled ‘hexes’ connects one location to another. Unfortunately, most locations are inaccessible at first due to the fact that these hexes are inactive. In order to progress, ‘energy hexes’ are needed, which can be collected from fallen enemies. By pressing X to enter the appropriate mode, these energy hexes can be moved, rotated and positioned on the map in order to activate dormant tiles, and unblock the path. The logic behind the mechanic is odd, but it certainly adds an interesting dimension to traversing the world.

Cutscenes are thin on the ground, which is either a good or bad thing, depending on your tastes. For my own, the plot plods along at all too leisurely a pace, and subsequently the action never really feels like it’s going anywhere. The characters aren’t particularly well developed either, their backgrounds explained sporadically throughout the lengthy course of the game. The moment I found out that the floppy haired teen Zephyr was an orphan; my already dwindling interest in his character was lost for good. Redemption can be found in the slightly less clichéd character of Vashyron, who uses the vocal talents of industry favourite Nolan North.

I jumped into Resonance of Fate straight after Final Fantasy XIII, which felt strange, but highlighted the differences between two very different schools of thought. On the one hand there’s a vivid world where story and characters are fleshed out with care and thought, and in the other, a drab dystopia where the same narrative devices take a back seat to the action. One’s controlled and linear, its features drip fed over time, the other open and player-centric, making all its features available from the outset. I make no apologies for the frequent comparisons to Final Fantasy; I believe it helps paint a better picture of the experience – if Final Fantasy XIII is on one end of the JRPG spectrum, then Resonance of Fate sits happily on the other.

From the word go, everything in Resonance of Fate is available to the player; side quests, weapon customisation, grinding for experience and items, a battle arena, and NPCs to chat with about the weather. All of this is thrown into a stylish, believable game world, driven by an interesting – if slightly badly delivered – narrative. The battle system is perhaps the game’s strongest asset, with stylish gun-slinging action that wouldn’t look all that out of place in something like Devil May Cry. RPG fans who lean towards story and character development may want to stick with Final Fantasy, but for those willing to try something different, Resonance of Fate could be just the ticket. It’s a welcome fusion of the traditional and the new, and a step in the right direction for the JRPG.

RPG fans who lean towards story and character development may want to stick with Final Fantasy, but for those willing to try something different, Resonance of Fate could be just the ticket.
7 Unique battle system Interesting concept driving the plot Poor story telling Drab looking game world

Players will be immersed in a gritty, highly mechanised world unlike any…

Players will be immersed in a gritty, highly mechanised world unlike any…