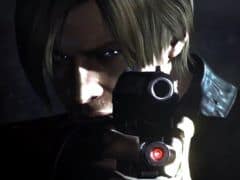 Like the various strains of the mutagenic C-Virus, Resident Evil is a series that likes to instigate change. But it’s also a franchise that all too often finds itself caught within its own history, and between the landmark horror of the original and the tense action revival of Resident Evil 4, with all the other successes and failures scattered between, Resident Evil 6 emerges with the bold intention of encapsulating absolutely everything about the series.

Seriously, everything. There’s even a couple of nods to the Paul W.S. Anderson movies kneaded into the game’s quadrisected campaign, which takes four thematically opposed campaigns (three of them supporting co-op) and weaves them into a brave, muddled and ultimately schizophrenic experience that reaches for the S.T.A.R.S. but falls a good distance short of its own admirable ambition.

Resident Evil 6 is: Chris Redfield and his BSAA partner Piers Nivans jumping out of an exploding building; Leon S. Kennedy running into the screen as the motorway behind him erupts in a fireball of cars; and Jake Muller outrunning an avalanche on a snowmobile. While you can’t please everyone, Capcom has tried anyway, often by adding in another explosion.

Each campaign weighs in at about seven hours long, so you can start to see why contemplating Resident Evil 6 is such a gargantuan proposition. Yet this juxtaposition of four campaigns causes problems, as the scope of the project can’t match the realities of time, funding and development.

The beautifully floppy-haired Leon S. Kennedy, who has always been easily the series’ best character, gets to square off against zombies that hunt in packs with sweeping grabs, fake-out rushes and occasional terrifying leaps. His campaign is easily the best, the balance of ammunition, weapons and supplies just right, and you feel Resident Evil 6 was made for him and then retrofitted to accommodate the others.

Then there’s the action-charged Chris Redfield, who uses his tree trunk neck and balloon biceps to hunt down scores of gun-wielding, insect-mutating J’avo. His campaign is plagued by one of the wonkiest cover mechanics I’ve ever seen, and the scant supplies of ammunition mean you’re rarely prepared to let loose with the gunfire in the way the game seems to ask you to.

Jake, on the other hand, is the unknown quantity that never manages to make the impression he should. He’s the son of Wesker and, therefore, comes packed with some kind of mumbo jumbo that makes him more powerful than the others, which in reality means he comes with a variety of melee attacks – all four characters often depend on their fists more than their guns, but ammunition is scarcest in Jake’s campaign. Jake spends most of his time being chased by Ustanak, a monster inspired by Resident Evil 3’s Nemesis, and I never quite found my footing with him. He might have super powers, but he’s definitely the weakest part of the game.

Finally there’s Ada, the enigmatic femme fatale who seems to be rapidly transitioning into the series’ pantomime villain role now that Wesker has been done away with. Most of the game’s secrets revolve around her so I won’t go into too much detail here, but Leon is still madly in love with her and she comes with a crossbow which can pin enemies to walls. Which is great.

As a game Resident Evil 6 is more buffet than table d’hôte, and despite the thematic differences between each character the opening trinity of campaigns all aim for a blend of tense combat and bolshie set-pieces rather than any significant focus on puzzles or exploration, though Ada’s campaign (which unlocks after Leon, Chris and Jake’s levels have been completed) adds a welcome touch of the latter. That’s just one of the many ways Resident Evil 6 is tricky to contemplate, and this broad game, which often disappoints when scrutinised close-up, ends up with an engaging macrocosm of elements.

Resident Evil 6 doesn’t make a good first impression, though, plunging players through a baffling prelude set during the game’s conclusion that, comically, bears little resemblance to the actual event when players are made to go through it later in the game. The whole sequence is clearly designed to recall the opening of Resident Evil 2, but where that started with a terse and daring escape this begins with Leon’s bottom flying into a car windscreen. But perseverance is rewarded, and this is a game which really does start to take its shape when played on your own, late at night and with the lights off.

But much like my bedroom in the autumn, Resident Evil 6 takes longer than I’d like to heat up. It’s a game where you’re required to put in a lot before you get anything out, and the fact I found myself warming to it pretty much flies in the face of almost everything I believe about video games – that you shouldn’t have to invest large chunks of time to see results, and that entertaining games shouldn’t feel like work.

So, yes, while I’m loathe to say it I feel that I must: dig into Resident Evil 6 and you’ll occasionally stumble upon the same spirit that made the previous games so beloved and iconic, from skulking around the inky darkness of a sewer occasionally punctuated with thin wisps of light to fighting a mutant snake in a tumbledown housing block. It is a game which certainly has its moments, though the game’s best flavours feel too diluted; like a pipette’s worth of Vimto squeezed into a gallon of water.

Much of Resident Evil 6 seems to be consciously designed to make you recall the series’ previous highlights, which has the unwelcome side effect of making you focus on other, better games. It’s also a big shame that whenever the game branches out and attempts to create something new it usually falls flat. Let’s just say I can’t imagine Chris and Leon sidekicks Piers Nivans or Helena Harper getting their own spin-off anytime soon, and let’s not forget this is the series where even Rebecca Chambers once managed to blag an entire game. Maybe it’s because the game has you bouncing around so many locations and interacting with so many characters that it all becomes so forgettable, but this game definitely has an image problem.

I can still remember that the underwhelming Resident Evil 5 was set in Kijuju, for instance, but I’ve already forgotten the fictional European city where Jake and Chris find themselves.

You’ll have to excuse me from coming back to it time and time again, but the fact that Resident Evil 6 is too big and too unfocused becomes its undoing. This is a global adventure but it’s completely scattershot, flinging players around disconnected environments for the sake of a hokey (though occasionally endearing) plot that makes virtually no effort to explain itself. There’s simply no clarity of direction here, which contributes to a game which contains all of the right notes but is clueless about the tune.

While it seems peculiar to criticise the game’s generous length, there’s just too much to Resident Evil 6 and such sprawl detracts from its highlights. In a game which easily clocks the 20 hour mark I don’t want to spend any of it backtracking or repeating sequences, which the game asks all too often and, confusingly, never for its campaign highlights. Some of the design decisions evoke their own kind of horror, too: remember the horrible sequence in Resident Evil 5 where you had to snipe enemies from a revolving elevator? That’s back!

By the time Resident Evil 6 starts bolting in things like the multiplayer Agent Hunt mode you start to worry someone at Capcom has snapped and that we’re not far off unlocking a zombie-themed Bejeweled clone or a Leon vs. Chris fighting game. It certainly doesn’t help that Agent Hunt isn’t good – it’s ostensibly just Dark Souls’ invasion mechanic retooled with foggy intentions and an unclear purpose. The mode also falls flat as a multiplayer game: I played it twice and, believe me, that was more than enough. And the soon-to-be-launched social site ResidentEvil.net seems to be seriously suggesting the game also functions as a Score Attack game. Thankfully Mercenaries is as reliable an extra as it’s always been, but while many publishers believe that a straight single-player campaign isn’t enough to sell a game in 2012, Resident Evil 6’s ADHD-tinged response to modern game development does it more harm than good.

Resident Evil 6 is not one but four games, and Capcom has done a beautiful and stupid thing in its attempt to recreate a rich, diverse and storied series into one single title. There are some great pearls to be found on Capcom’s seabed, but lofty ambitions are this game’s downfall and an inability to focus on any one of Resident Evil 6’s disparate elements proves more than ever that this series needs to find itself.

Resident Evil 6 is not one but four games, and Capcom has done a beautiful and stupid thing in its attempt to recreate a rich, diverse and storied series into one single title.
6 A bold intention Some great moments The mix of four campaigns doesn't work Much too long 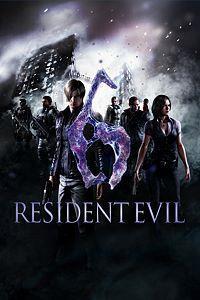